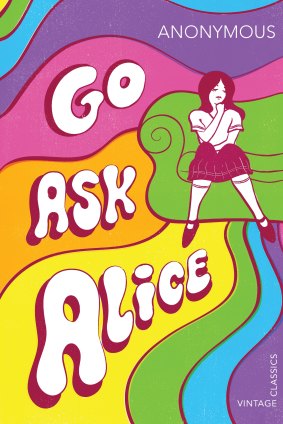 Go Ask Alice has never been out of print.Credit:

Fifty years on, the author’s identity has been confirmed as Beatrice Sparks, a wealthy Mormon housewife who cobbled the book together from conversations with teenagers and her own imagination. In his new book, Unmask Alice: LSD, Satanic panic and the imposter behind the world’s most notorious diaries, Rick Emerson reveals how Sparks approached publisher Prentice-Hall with the “diary” she claimed she’d received from a 15-year-old runaway, only to regret the decision when it cost her the fame she craved.

Go Ask Alice sold more than 2 million copies in its first two years, was translated into 16 languages and has never been out of print. It was lauded by critics for dispelling the allure of drugs and condemned by moral conservatives who wanted it banned. The Herald said it had the poignancy of Anne Frank’s diary. In the US, it appeared on reading lists with Sylvia Plath’s The Bell Jar. “It was a marketer’s wet dream,” Emerson writes.

Yet, there was no glory for Sparks, who claimed to have “edited” Alice’s words but could never get her name on the book’s cover. “It was a level of success that most writers only ever dream of and yet her name was entirely redacted from it. It was like a Greek punishment where it’s fame without the fame,” Emerson said. But the publisher’s instincts were sharp. Sticking to her story, Sparks wouldn’t divulge the name of the narrator, so she was christened “Alice” after the psychedelic Jefferson Airplane hit White Rabbit. 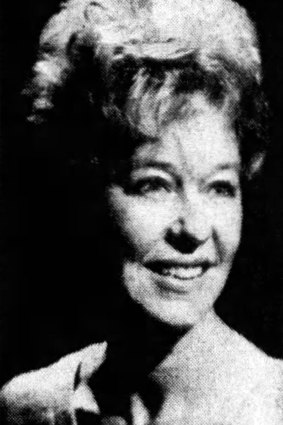 In Unmask Alice, Sparks comes to life as a driven, shameless fabulist. On any given day she would call herself a psychologist, a therapist or a social worker, with qualifications from universities that have no record of her. She would sometimes say she had “found” the diary, or that it had been given to her by Alice’s parents. Money wasn’t an issue – her husband had made a fortune in real estate and oil – but she was 54 when she wrote Go Ask Alice. Her only other published book was a manual on manners for girls.

Hoping to repeat the triumph of Go Ask Alice, and still striving for recognition, Sparks wrote one grim teen journal after another well into her 80s, each with her name clearly visible on the cover. Among them was It Happened to Nancy, about a girl who dies from AIDS, and Almost Lost, the tale of a boy living on the streets.

Her one known attempt to use authentic source material ended dismally. Jay’s Journal was based on the diary of a teenager from Utah named Alden Barrett, who had killed himself in 1971. His parents had entrusted Sparks with his notebook, expecting a sensitive portrait of adolescent depression. Instead, she delivered a fabricated tale about a boy who worshipped Satan. Its release in 1978 inspired fanatics who hounded the family and defaced Alden’s grave. It broke Barrett’s marriage apart.

If Sparks cared at all about saving teenage souls, it was secondary to her own success. “At the beginning, there was a concern in the culture about young people and drugs and that was a real worry a lot of parents had,” said Emerson. “But at a certain point, her actions went from being deceptive to actively destructive, so any genuine concerns went by the wayside. It just became a thing that was rewarding to her professionally. And no one stopped her.”

Suspicions about Sparks’s authorship have circulated for decades, yet she took her secrets to the grave when she died, at the age of 95, in 2012. Was there ever an original Alice? She was always a pastiche, although Emerson’s investigations lead him to a woman he believes was the primary model for the character. She had cleaned up her life – as opposed to Alice, who had a sad ending – and had never read the book.

Unmask Alice: LSD, Satanic panic and the imposter behind the world’s most notorious diaries by Rick Emerson (BenBella Books) is out now