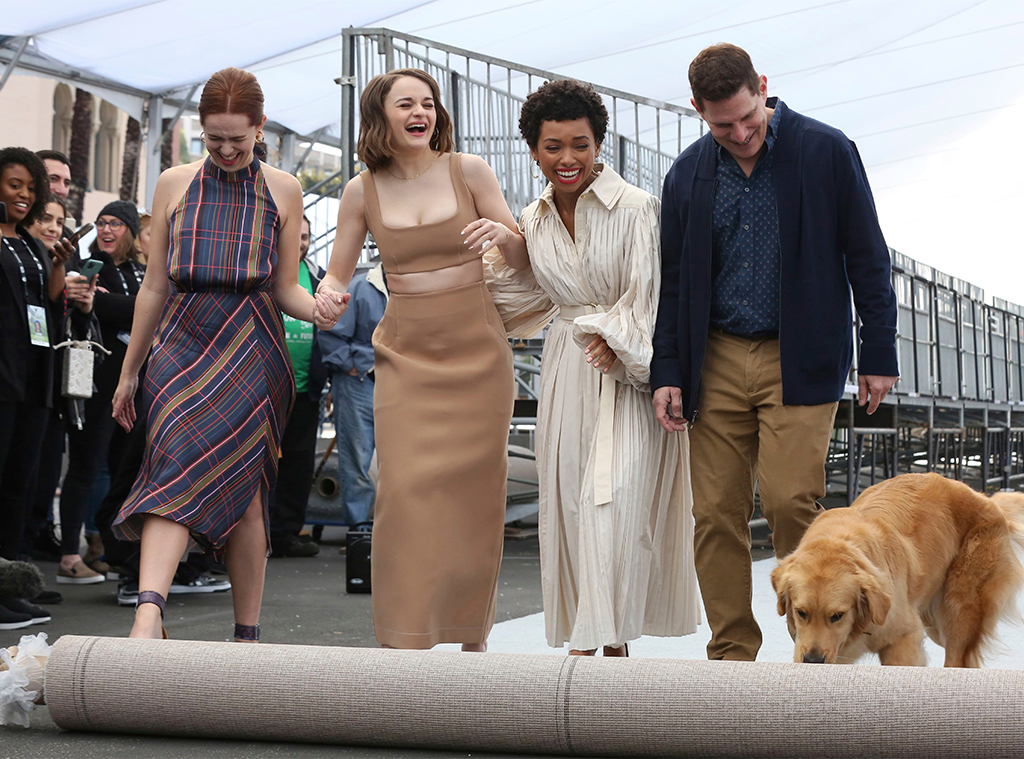 The 2020 SAG Awards enlisted the help of some adorable dogs in order to roll out the red silver carpet on Friday. With just two days to go until the ceremony, a couple of sweet pups assisted SAG Awards ambassadors Joey King and Logan Browning, as well as SAG Awards committee member Elizabeth McLaughlin, with the carpet honors. After rolling out the carpet, Joey and Logan got to pose for photos with their new furry friends. It turns out, the dogs are a part of Subaru’s canine family, The Barkleys! Mom and dad Barkley will also be walking the Silver Carpet on Sunday too.

“My happy place,” Joey, who is nominated at this weekend’s ceremony for her work in The Act, wrote on Instagram Story alongside a photo of herself with a pup.

“We have the CUTEST team rolling out the silver carpet with us this morning!!!” the SAG Awards team wrote on their Instagram Story on Friday.

Joey and Logan have been taking part in a number of behind-the-scenes events leading up to the award show on Sunday.

On Friday morning, Logan took to Twitter to write, “Had so much fun meeting the incredible producers & sponsors of the @SAGawards last night as they built the stage! I’m Learning so much about what makes Sunday so special…The proceeds of the awards benefit the #SAGAFTRAfoundation.” 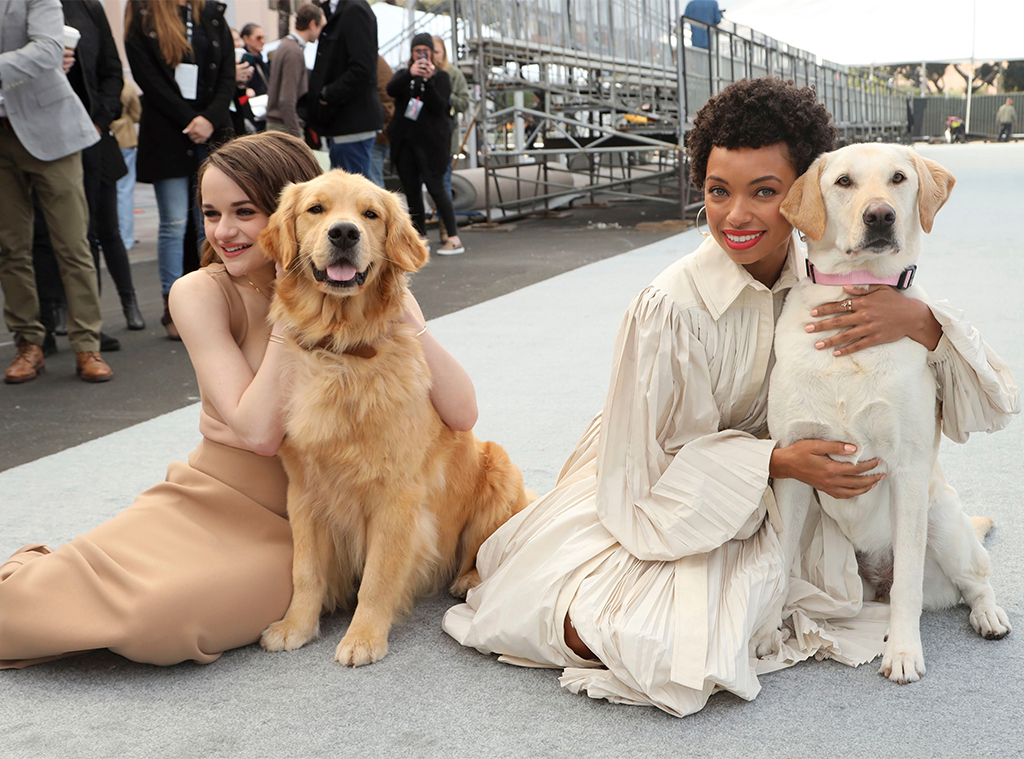 It was just last week that Logan and Joey were announced as the ambassadors of the 2020 SAG Awards.

“Our union is a big A$$ deal to us as actors! I respect SAGAFTRA so much, and am grateful to them for a lot,” the Perfection actress wrote on Instagram amid the announcement news. “I’m incredibly honored to be named an Ambassador for the 2020 @SAGawards!! Can’t wait to attend for the first time ever!! ✨Congrats on your nomination @joeyking! You killed in The Act!”

Be sure to check out the 2020 SAG Awards this Sunday, Jan. 19, to see which stars take home the awards!