Home » Lifestyle » The Femail face-off: Should the next Bond be played by a woman?

The Femail face-off: As Daniel Craig dismisses the idea of a female 007… should the next Bond be played by a woman? 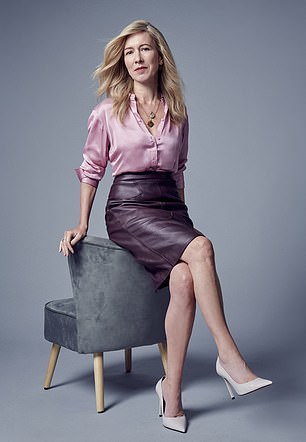 Rowan Pelling (pictured) argues the next James Bond should be FEMAIL

Killing Eve’s Villanelle in a cage fight with Spectre’s Blofeld — who’s coming out on top?

Daniel Craig may disagree but, to me, Bond has always been more about a mythical level of sangfroid, menace and sophistication than mere gender.

Just to be clear, I’m a huge 007 fan, who’s read all the Ian Fleming books and seen every single movie. My two favourite Bonds are, as it happens, the most grittily masculine: Craig and Sean Connery.

Even so, I believe the film 007 has long transcended Fleming’s ruthless original character and storylines: we’ve had a fop Bond (David Niven), a funny Bond (Roger Moore) and an ironic one (Pierce Brosnan). So I see no reason why we shouldn’t have a woman in the role.

Of course, everything depends on casting. Emily Blunt has been tipped for the role and I can see why. With her clipped voice, icy beauty and edge of humour, she would make a great Jaimie Bond.

Furthermore, the screenplay writers could have a blast with gender-reversal scenarios. It’s all too easy to imagine government dinosaurs who mistake Bond for Moneypenny. And Moneypenny could be played by the kind of bloke who’s gorgeous when he takes off his glasses. Instead of all that homoerotic tension between 007 and his arch enemies (remember Craig being touched by Javier Bardem’s Raoul Silva?), you could have a Bond that was part killer, part Pussy Galore. Why not have a seductive, evil woman plotting the demise of the world from her extinct-volcano hidden lair? A female Bond could flirt with this dastardly shadow-self.

If you really wanted to stage a great cinematic gag, you’d cast Craig’s real-life wife Rachel Weisz as a Bond villain. Though I can think of many other female actresses who’d relish the challenge: Game Of Thrones’ Lena Headey for starters.

And if we’re being playful with baddie casting, maybe we could be even more wayward and go younger with the casting of a female Bond.

It might be fun to have someone like Anya Taylor-Joy, star of The Queen’s Gambit. If she can beat Russia’s top chess player, I’m sure she can take on their secret agents. And get to checkmate in three moves.

James Bond has a larger place in the national consciousness than he deserves. He is a shared daydream, a symbol of British power, and the less power we have globally, the more we love him.

And the more we love his little friends too. Who wouldn’t take Ralph Fiennes as M over real spies who are, I never fail to remind people, civil servants? Bond’s imagery isn’t subtle though: it’s imperialist bonking.James rules what remains of the waves with his sexual power: skiing off mountains wearing a Union flag parachute or sleeping with the ludicrously named Russian agent Triple X in an escape pod featuring — why? — a festoon blind.

So, when feminists jump to criticise Daniel Craig for saying Bond should never be female, the sane woman can only sigh and say: who cares?

The argument goes that, for equality’s sake, women must see themselves reflected in popular culture, and culture doesn’t get more popular than Bond.

It is true that he has obeyed the sexual revolution up to a point. M was an angry woman for a while, played by Judi Dench, though she ended up dying in his arms like a fairy princess. Miss Moneypenny used to follow him around the office, sighing for his touch. Now she chides him and patronises him.

It is only fair, if you follow this argument, that James Bond should actually be a woman, so women feel, er, included.

Really? Do we honestly need to let a woman play a clapped-out, sex-addicted, pathologically isolated killer for the sake of equality? Bond deserves to be pitied and laughed at, to my mind. He is very entertaining if you want to watch British nationalism have a panic attack, but he is not a glorious example of the British character that women must be allowed to share in.

As ever in these silly arguments, there are so many more important things. I’d take affordable childcare over a woman being James Bond. Who wouldn’t?

Yes, give us cinema with proper roles for women — characters who are like real women and not how men wish them to be (we are back to Triple X) — and let women who look normal play them. That is feminist cinema. That is good cinema.

But we don’t need a female Bond. We’ve had her already, and more than once, and it was brilliantly done.

She was called Villanelle or Lisbeth Salander in The Girl With The Dragon Tattoo. Unlike the Bond song I most love — Nobody Does It Better — somebody already did.