A VERY daring Diana: Netflix shares first official shot of Elizabeth Debicki’s Princess of Wales in The Crown’s season five – wearing a blue mini dress with a plunging necklace in a scene of one of her final public appearances

Netflix has shared the first official shot of Elizabeth Debicki’s Princess of Wales in The Crown season five – wearing a blue mini dress with a plunging necklace in a scene depicting one of her final ever public appearances.

The streaming platform posted a series of pictures on the show’s official social media pages, including one of Imelda Staunton taking on the role of Queen Elizabeth II.

In one of the shots, which was released today, Debicki looked incredibly similar to Diana as she wore a daring blue dress.

The gown was near identical to one the Princess wore in 1995 at a Serpentine Gallery fundraising gala in Hyde Park in 1995, two years before her tragic death.

However the scene is actually depicting one of Diana’s final public appearances,  when Princess Diana attended a royal gala performance of the English National Ballet’s Swan Lake in June 1997.

The upcoming season of The Crown has been touted as being the most controversial yet as it will delve into the breakup of King Charles’s marriage to Diana. 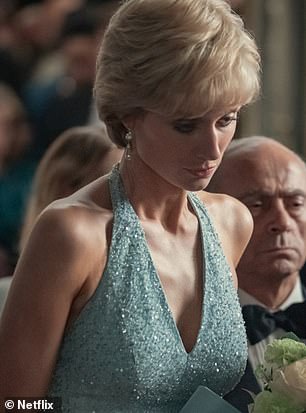 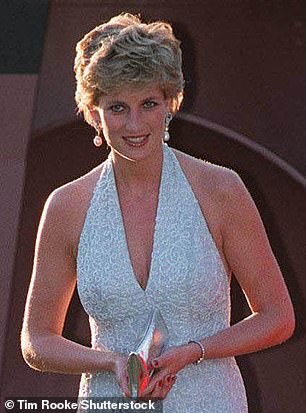 A glamorous Elizabeth Debicki (left) looked like the double of Princess Diana in a dress similar to one she wore in 1995 (right, Princess Diana at a Serpentine Gallery fundraising gala in Hyde Park in 1995). However, the Crown uses the dress in its recreation of one of the late Princess’s final public appearances

For reasons unknown, the Australian actress, 31, is in a copy of a Catherine Walker halter neck dress worn by Diana at a party two years previously.

The princess wore a Jacques Azagury turquoise sequin shift dress at the event.

Also missing from the Royal Albert Hall scene is the pearl and diamond necklace that became so synonymous with the engagement that it sold at auction as the ‘Swan Lake necklace’ 20 years later for £10million.

Diana’s appearance came a few short weeks before her death in a Paris car crash on August 31.

She was a lover of ballet and dance and at the time was patron of the English National Ballet.

Filming of the scenes for the Netflix drama took place at the Lyceum theatre.

Series five focuses of the break-up of Diana’s marriage to Charles, played by Dominic West, and in other images Miss Debicki – who replaced Emma Corrin in the role – can be seen alongside Salim Dau, 71, as Harrods owner Mohamed Fayed, father of Diana’s lover Dodi.

The hit show has been criticised for being insensitive towards a grieving King Charles as they are set to show his crumbling marriage to Diana in ‘painful’ detail. 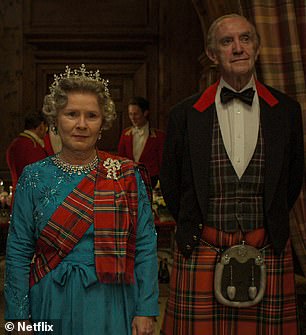 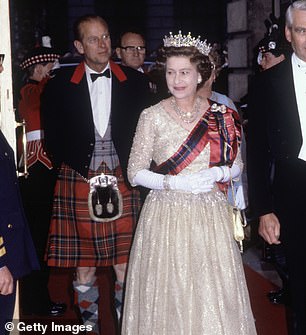 New: Netflix have released new images from the highly-anticipated series five of The Crown – Imelda Staunton pictured as Queen Elizabeth II after her death alongside Prince Philip, portrayed by Jonathan Pryce

One picture shows The Queen and Prince Philip, portrayed by Jonathan Pryce, wearing red tartan as they proudly stand next to one another – as they once did at a ball in 1971 held in Balmoral.

Prince Charles, who is portrayed by Dominic West, and his girlfriend, the then Camilla Parker Bowles who is played by Olivia Williams, could be seen smiling outdoors as they appear to watch a fireworks display.

Alongside the images, Netflix announced: ‘Welcome to the ’90s. A first look at Season Five of the The Crown, arriving 9th November.’ 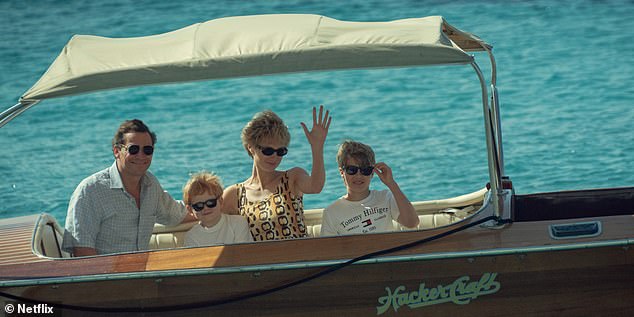 The Princess and Dodi were in a car crash while driving through the Pont de l’Alma tunnel in Paris, France in August 1997 – dying later from sustained injuries during the accident.

The breakdown of Charles and Diana’s relationship will be a central part of the new series and portrays the then Prince of Wales as ‘petty, cold and deceitful’.

The fourth series, which streamed in November last year, told the story of the early romance between Charles and Diana.

It was announced last year that Elizabeth Debicki would take over from Emma Corrin and play Diana for the fifth and sixth series, which will cover Diana’s death in 1997. 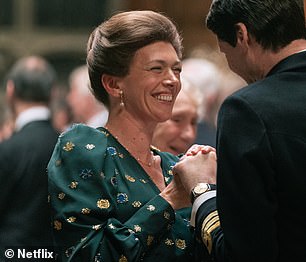 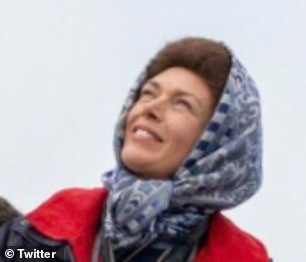 Highly-anticipated: Series five will take place in the 1990s and, like each previous season, will consist of 10 episodes – Claudia Harrison as Princess Anne

A source told The Sun: ‘This couldn’t have come at a more delicate time for the new King and his Queen Consort, particularly as they’re riding high in the minds of the public.

‘There’s a sense that Netflix are muckraking over events that took place 30 to 40 years ago, but are still raw for those involved.

‘The worst element for the royals is that millions of people around the world will view this series and view it less as a drama and more as a documentary.

‘And attention on the Windsors couldn’t be higher as it’s been just a few weeks since Queen Elizabeth II’s funeral and is in the run-up to the King’s coronation.’ 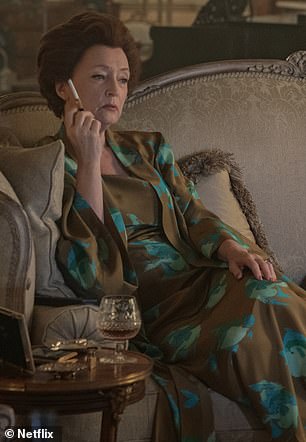 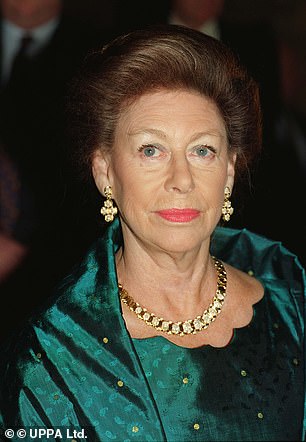 Netflix: Fans eagerly anticipating the return of The Crown were given a teaser of the fifth series as a new trailer was dropped (Lesley Manville as Princess Margaret) 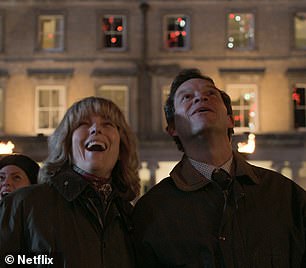 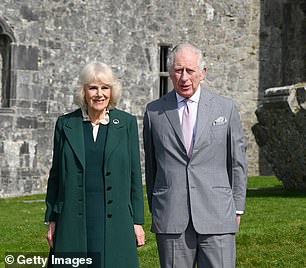 Coming soon: It was recently revealed that the next instalment will premiere on Netflix on Wednesday, November 9 (Olivia Williams as Camilla and Dominic West as Charles) 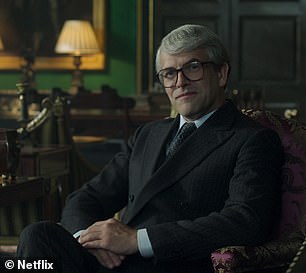 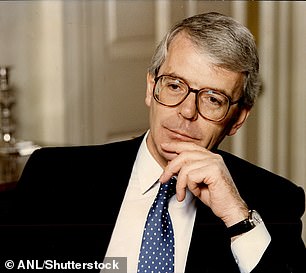 Throwback: Jonny Lee Miller cut a dapper figure in a black suit as he took on the role of the former Prime Minister John Major

It’s thought the Netflix show is currently shooting scenes portraying the month before the tragic accident, when Diana’s sons famously joined their mother and her beau for a holiday.

The sixth season of the show is its final, with the last two series covering the Royal Family in the 1990s to 2003, which includes Diana’s death.

The Crown resumed production on its sixth and final series last month in Barcelona after filming was paused for a single day following the death of Queen Elizabeth II.

No doubt The Crown is adhering to a strict filming schedule to ensure its sixth and final series is released by Netflix on time, having been pushed back by its day-long pause in the wake of The Queen’s passing.