Home » Lifestyle » ‘The Bachelorette’: [SPOILER] Returns To Tell Tayshia He’s In Love With Her After Being Sent Home

Despite being eliminated during a two-on-one date on ‘The Bachelorette,’ [SPOILER] returned to confess his love for Tayshia Adams on the show’s Dec. 8 episode.

Tayshia Adams sent Bennett Jordan home during his two-on-one date with Noah Erb during the Dec. 8 episode of The Bachelorette. “Bennett, you have made me feel heard this entire time and made me feel very special,” Tayshia told the Harvard grad. “I truly have enjoyed getting to know you. The way you make me feel when you’re around me is amazing and I don’t think I’ve ever actually felt that before with someone. But it worries me that you’re condescending, the way you talk to people. And you questioned my intentions.”

Before leaving, Bennett assured Tayshia that he never questioned her and apologized for making her feel that way. However, it was too little too late, and Tayshia said her goodbyes. “Tonight I had to decide what I wanted to ultimately do and I made a decision based off what I see and how I feel,” she explained. Bennett’s journey wasn’t over though — he reappeared later in the episode to try and get a second chance. 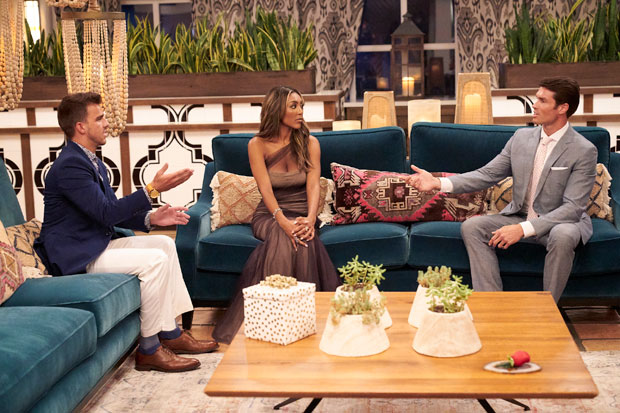 Tayshia had just finished a group date with Riley, Ivan, Brendan, Noah and Zac. She decided not to give a rose out on the group date, as she had such a great connection with so many of the guys. As she was heading back to her room, she ran into Bennett on the grounds of the resort. Tayshia was visibly caught off guard and gasped when she saw him.

Bennett had a lot to say. “I spent all day going over and over in my head our parting,” he began. “I’m so sorry. I’m so, so, so sorry for making you think I questioned your integrity or decision making ability. That was the least of my intentions. I never would. I swear to you. Our goodbye was so bizarre, so surreal. I couldn’t even fathom what just happened. I was thinking of all these things I hadn’t been able to share with you. Sometimes, we don’t realize things until they’re gone. I realized in that moment that I love you.” 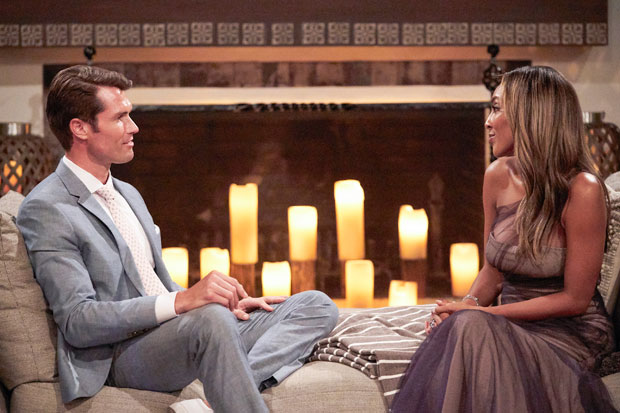 Tayshia was admittedly speechless, but Bennett didn’t stop there. “I couldn’t leave without expressing that to you,” he added. “With every ounce of my heart. I don’t use these words lightly. I’m not expecting anything from you, but if there’s an ounce of you that would still like to explore our relationship and continue on our journey, I’d love nothing more than to stay for you. I’ll do absolutely anything in the whole world. I didn’t know that I would ever see you again and you don’t even have to say anything. Do whatever you need.”

As Tayshia once again let Bennett know that she as “very confused,” he assured her that he didn’t need any answers from her. “I just wanted to see you again,” he explained. “And share this with you because I am serious about you. I haven’t had emotions like this ever over a girl.”

Tayshia told Bennett that she had too much going on in her head at the moment, and needed the night to think about what to do. In a confessional, she got emotional while weighing the decision. “Bennett said I love you. It’s been a long time since I heard the words I love you and it mean absolutely everything,” Tayshia said. “I know Bennett wasn’t just saying the words just to say them. I’m so confused. The way I sent him home the other night didn’t feel right, but at the same time, I’m here with other people and I feel like I have a connection with every single one of them. If I asked Bennett to come back, I don’t know how the guys would react. Next week is so important. I really need to figure it out. This is very hard.”

Universal Credit claimants may be given £1,000 up-front payment this year