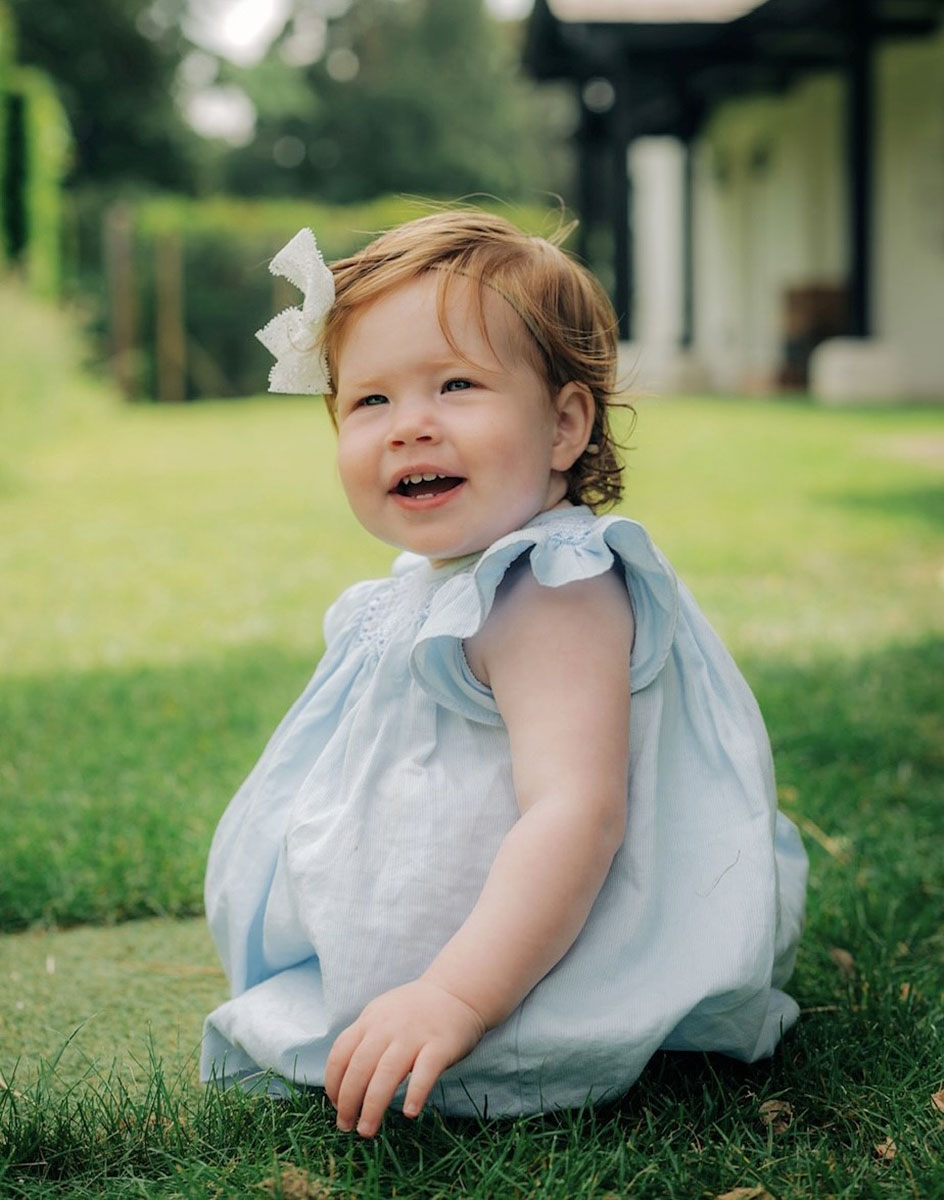 Finally! Prince Harry and Meghan Markle released the first photo of their daughter, Lili, to mark the tot’s first birthday.

The Duke of Sussex, 37, and the Suits alum, 40, shared the sweet snap on Monday, June 6, days after celebrating the milestone. According to a spokesperson, the couple hosted a casual picnic for their youngest child at Frogmore Cottage over the weekend amid celebrations for Queen Elizabeth II‘s Platinum Jubilee.

The rep noted that Misan Harriman, who went to the party, took the photo of Lili at the event, which was attended by close friends and family of the Sussexes, who are also parents to son Archie, 3. The soirée also included a special birthday cake baked by Claire Ptak, who created Harry and Meghan’s wedding cake in 2018.

The photograph marks the first time that Lili’s face has been shown since her birth in June 2021. Lilibet, whose full name honors the queen and the late Princess Diana, met her great-grandmother, 96, for the first time this weekend. The BetterUp CIO and the Bench author returned to the U.K. for the Platinum Jubilee celebrations, attending Trooping the Colour on Thursday, June 3, and the Thanksgiving service for the queen on Friday, June 4.

Harry and Meghan’s appearance at the celebration of the monarch’s 70 years on the throne comes two months after they made their first joint trip back to the U.K. since stepping back from their senior royal duties. During their visit to the Netherlands to commemorate the Invictus Games, the pair stopped by Windsor Castle to meet with the queen for the first time since their move to the U.S.

“Both Meghan and I had tea with her. It was really nice to catch up with her,” Harry said during an interview with Today‘s Hoda Kotb in April, noting that his grandmother was in “great form” when they reunited.

The Invictus Games founder also discussed getting to return to the U.K. after moving to the U.S. with his wife. “Home for me now is, for the time being, is in the States and it feels that way, as well,” Harry added at the time. “We’ve been welcomed with open arms and have such a great community in Santa Barbara, [California].”

In 2020, Harry and Meghan made headlines when they announced their plans to step away from their roles in the royal family. One year later, they confirmed that the decision was made permanent and moved to the California ahead of the COVID-19 pandemic.

After their exit, Harry addressed his worries about bringing his little ones to England. During a preliminary hearing at the Royal Courts of Justice earlier this year, the duke’s attorney Shaheed Fatima said his client “does not feel safe” traveling to his home country after losing taxpayer-funded police protection.

“This claim is about the fact that the claimant does not feel safe when he is in the U.K. given the security arrangements that were applied to him in June 2021 and will continue to be applied to him if he decides to come back,” Fatima stated at the hearing in February. “And, of course, it should go without saying that he wants to come back: to see family and friends and to continue to support the charities that are so close to his heart. Most of all, this is, and always will be, his home.”