The Nov. 5 episode of ‘Superstore’ was America Ferrera’s final episode. HL spoke with the show’s EPs about the future of Amy and Jonah, that devastating breakup, and what’s ahead. Spoilers!

The Nov. 5 episode of Superstore was America Ferrera’s final episode as Amy and the show’s milestone 100th episode. As Amy’s move to California finally became a reality, she was forced to face her future with Jonah head-on. Unfortunately, the pressures of the move and their visions for their future led to a heartbreaking split.

HollywoodLife talked EXCLUSIVELY with executive producers Jonathan Green and Gabe Miller about what that breakup means for Jonah and Amy, and whether or not it could be for good. While nothing is off the table regarding a reunion, the EPs aren’t ruling out a new love for Jonah in season 6. Plus, the EPs discussed how the dynamics at Cloud Nine will change now that Amy is gone. Read our interview below: 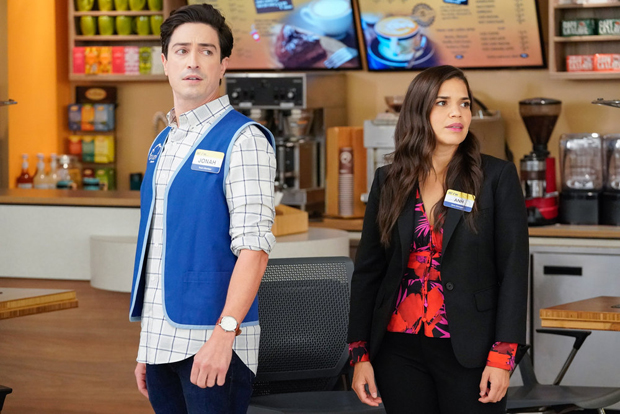 In this episode, with the Jonah and Amy situation, was that always going to be the fallout?
Jonathan Green: From the time that we knew that America was leaving the show and having built up this relationship over many seasons we started talking about, okay, what is the realistic endpoint that we could write to have her leave? We talked about it a ton, but this is what we landed on and sort of would have done for last season if we had been able to shoot at the end of last season. One of the things we changed was they’d now been living through the pandemic together. Amy’s been working two jobs because she had to start the Zephra job while she’s still working at Cloud Nine and just the extra pressures that put on the relationship, and the fact that they weren’t seeing each other as much. It just sort of allowed us to get a little more naturally to them deciding to break up in the second episode.

Gabe Miller: Another thing that changed was we also added the finding of the ring as kind of an inciting incident for Amy to really amp up the pressure since they’ve been stuck in place for four months. Something that on the day we’re finding her, her last day, to add to why it’s so urgent that she is feeling this way now.

Jonathan Green: It sort of forced the conversation that they might have otherwise not had. 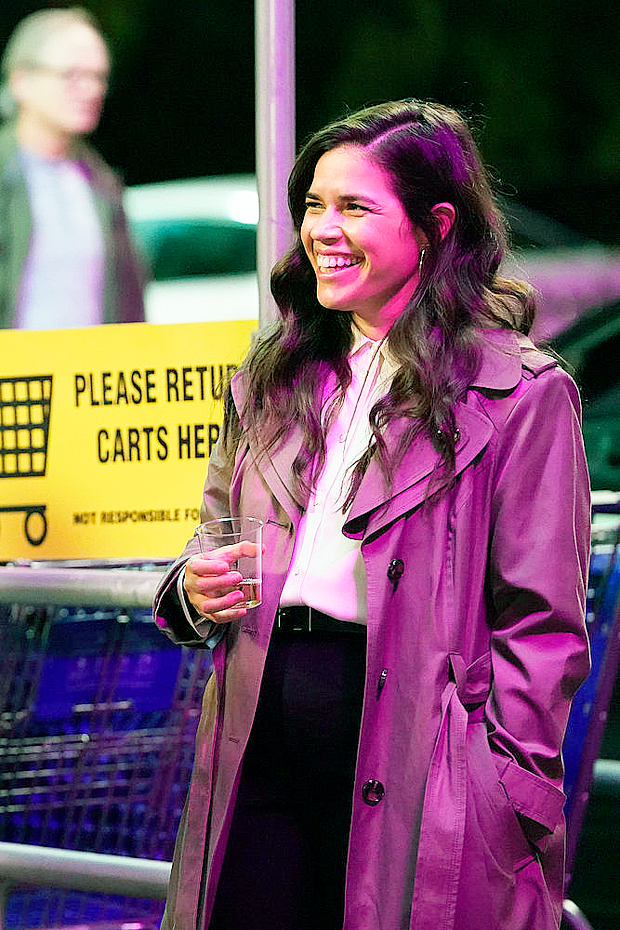 Is there hope for them? When Amy asks what she should do if she changes her mind, Jonah does say, “You’ll know where to find me.” Was that your way of giving fans hope that they could reconcile one day?
Gabe Miller: I think we wanted to leave the door slightly open because so much of it is just where they are in their lives and the circumstances. Underneath it, there is a lot of love between these characters, so we didn’t want to have anything closed off for good.

Jonathan Green: We liked the kind of messiness of that whole scene and Amy blurting that out in the moment because her back was against the wall, and she was sort of forced to say it. We liked it maybe being a little ambiguous about how much does she really mean that or is she just reacting to it in the moment? She’s not even sure at the end I think if she’s doing the right thing, but it feels right at the time. We like leaving it out there that, yeah, it’s not completely resolved and, and tied off.

When Amy and Jonah look at each other in those last minutes, it feels like there’s a lot that’s been left unsaid. Now that Jonah is going to be newly single, is romance off the table this season? Or is it something that you both are open to exploring with him?
Gabe Miller: We’re taking our time with it for sure.

Jonathan Green: We wanted to realistically show after getting out of this relationship that meant so much to him, he’s not able to just get right back into the dating game. A lot of what he’s dealing with in those early episodes of the season is going to be just what is he going to focus on now? What’s his life going to be? Because it wasn’t just that he broke up with Amy, but he had this whole life in California that he was excited about, and now he finds himself still working at the store.
We’ll see him exploring some or at least considering some other job opportunities, both inside and outside of the store. Eventually, we plan to possibly see his romantic life again, but it won’t be for a little while. 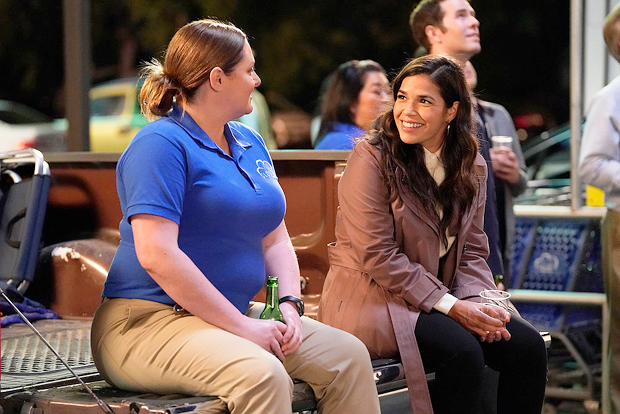 Amy played a crucial role at Cloud Nine. What can you say about what the dynamics are going to be like at the store now that Amy has gone to California?
Gabe Miller: There’s the question of who the manager will be? We have Glenn stepping back into that role, but we will see that Dina’s not so thrilled about Glenn coming back into being manager again. That will lead to complications and developments for the management situation in the store.

Jonathan Green: Everything shifts a little bit. I think when you lose anyone from an ensemble cast, but especially someone at the center of the show, there’s a shift. Cheyenne will be taking on more responsibility.

Gabe Miller: And growing up a little bit. We’ve always have kind of used both Jonah and Garrett, in addition to Amy, as sort of point of view characters who can react to a lot of the chaos around them. We’ll continue to develop that and continue to see them at centers of stories.

Jonathan Green: Dina’s really evolved over the years to a place where you can now tell real emotional stories with her. Maybe it wasn’t as easy at the beginning because she was a more extreme character. I think she’s softened in a lot of ways over the years.

Will we get updates about Amy and how she’s doing moving forward?
Gabe Miller: We really like that about the fact that she has left to work at corporate. She’s still an organic part of the show to hear about.

Jonathan Green: Mateo is still dating her brother, so that’s another way we’ll continue to hear about her. Several episodes in we’ll find out that Jonah’s still attached to Amy in some ways that maybe not everyone in the story even knew about, so that’s something else to tease out there.

Jinger Duggar: Has She Secretly Given Birth to Baby #2?!