With millions of viewers tuning in to the Super Bowl each year, the Pepsi halftime show is one of the most coveted gigs for a performer.

However, according to industry professionals who have been speaking out on social media, trading in “free” time and skills for “exposure” is no longer cutting it — even to dance for hip-hop greats like Dr. Dre, Eminem, Mary J. Blige, Snoop Dogg and Kendrick Lamar.

This year’s head halftime choreographer, Fatima Robinson (whose credits include Michael Jackson, Aaliyah and the Backstreet Boys), revealed via Instagram that she is “happy to be hiring 115 paid dancers for the Super Bowl this year…..the most ever hired” to dance alongside the featured artists onstage.

However, that number doesn’t account for the hundreds of others who will be joining the paid dancers on the field for free. Page Six has obtained copies of the alleged requests that went out to professional dancers — many whom have years of experience — asking for “pre-dominantly African American movers” to “volunteer” for halftime. 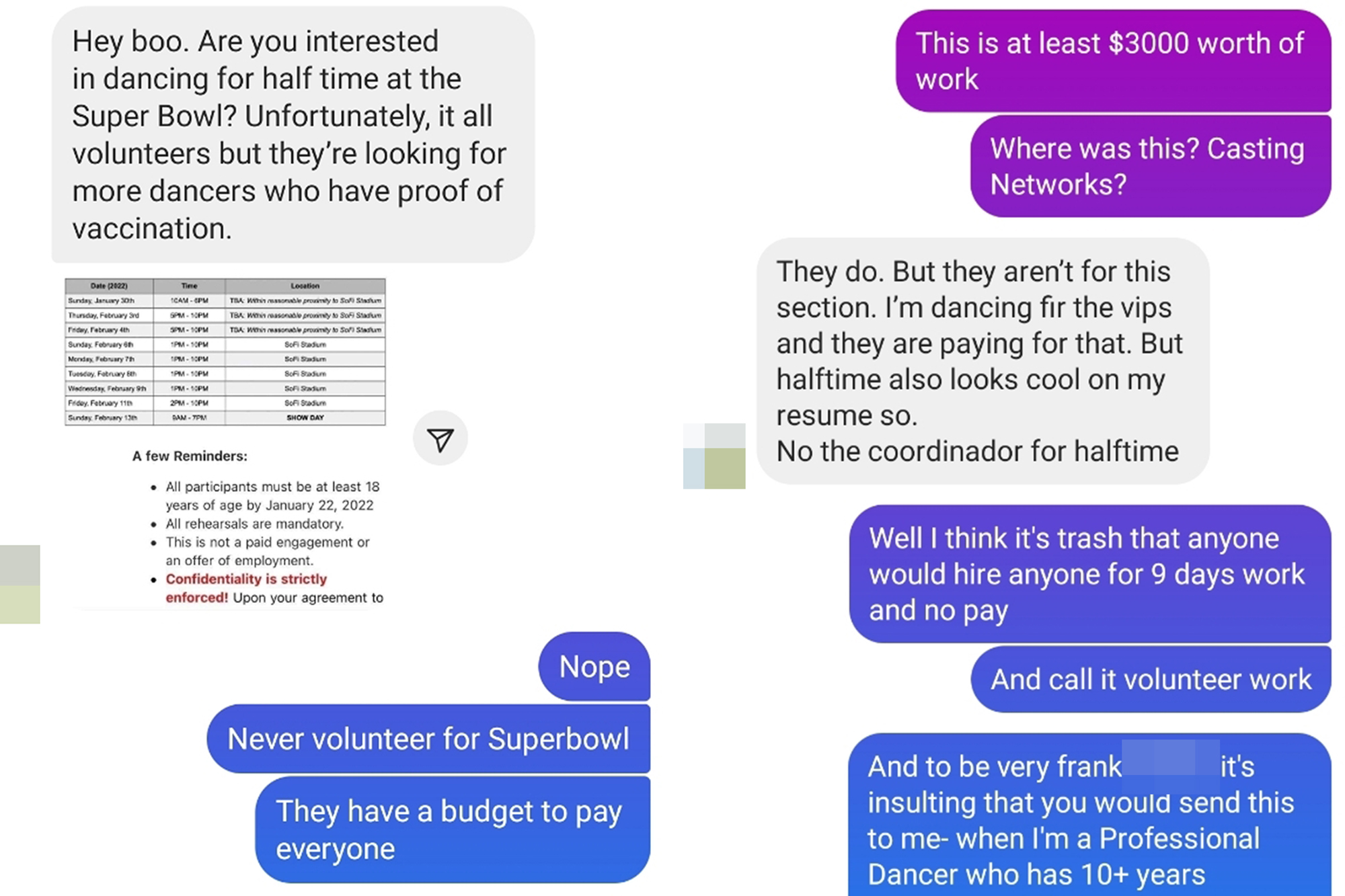 The alleged screenshots from various recruiters and LA’s Bloc Talent Agency reveal that those volunteering are expected to attend mandatory rehearsals for up to nine hours a day, with no transportation provided. “Glee” star Heather Morris, Carmit Bachar of the Pussycat Dolls and Alyson Stoner (who appeared in Eminem’s “Just Lose It” music video) have since spoken out on the matter via social media.

“It’s not uncommon that the Super Bowl brings forth field local volunteers to be concertgoers for the Super Bowl experience just to deepen the production quality and value and the attention,” Taja Riley — who performed at halftime with Beyoncé, Bruno Mars and Coldplay in 2016 and with Jennifer Lopez and Shakira in 2020 — told Page Six.

“These are things that are pretty common in the industry, but what is not common is a coordinator or production or producer reaching out to professional talent to hire them as volunteers and working them for the amount of time that they are requesting.” 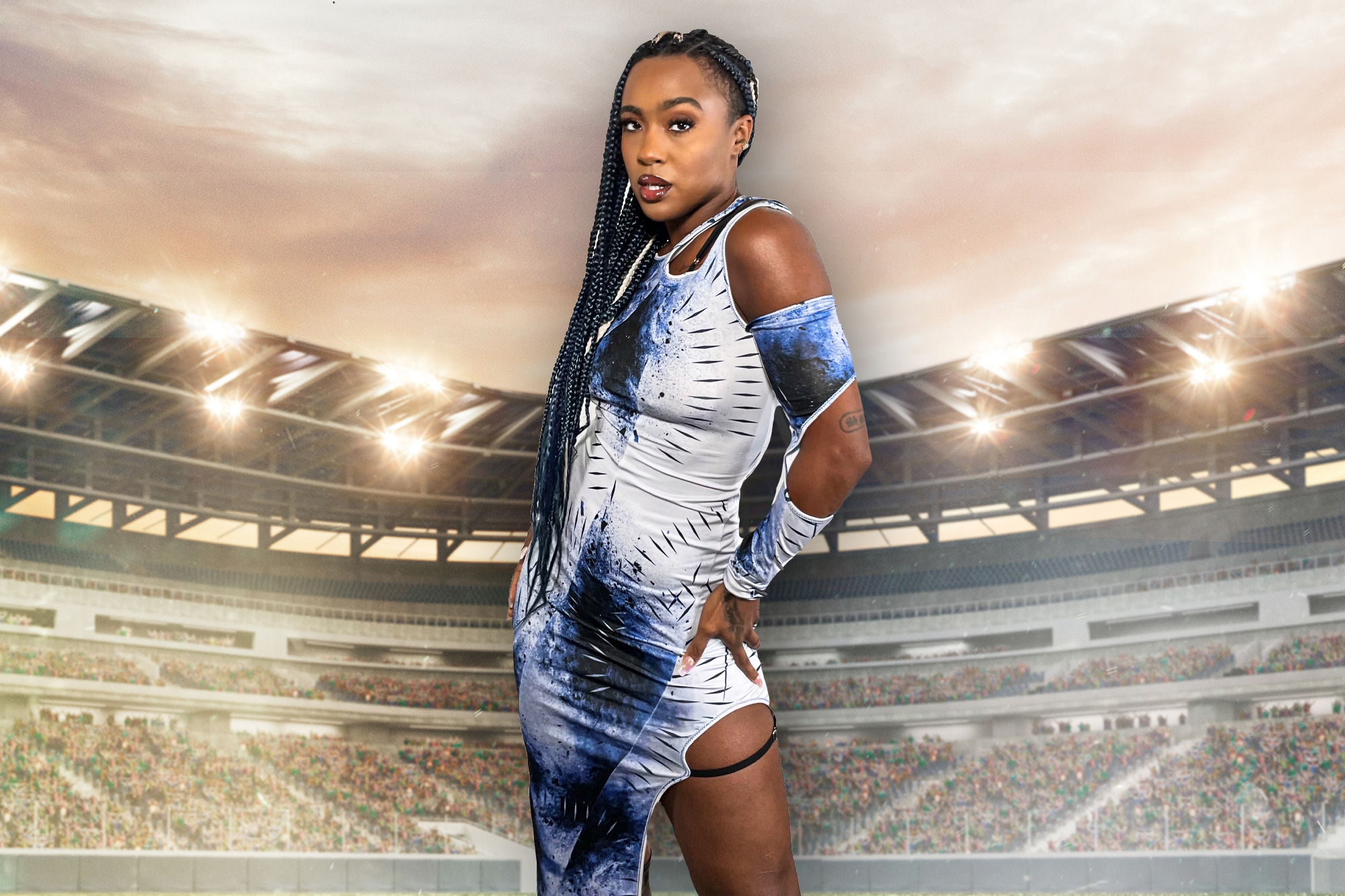 Melany Centeno, who has danced professionally for over a decade with artists like Kanye West, Blige, Pink and Pitbull, was one of the many dancers who allegedly received DMs about the volunteer gig and found the requests insulting.

“My immediate response was no, I’ll never dance for Super Bowl for free … they have money to pay people. And I don’t know why they would sit here and front like nine days of rehearsal is needed for people to just file into a stadium. That’s a lot, they’re lying,” she told Page Six regarding the casting call stating that field crew would only be doing “limited” choreography.

“It’s just like, you guys want to go into the antics about this, and try to find some type of loophole to justify what this is. But this is, at the root, exploitation,” she continued. “It’s coming to light that in the past when the Super Bowl has done this, that these [field] people end up dancing.” 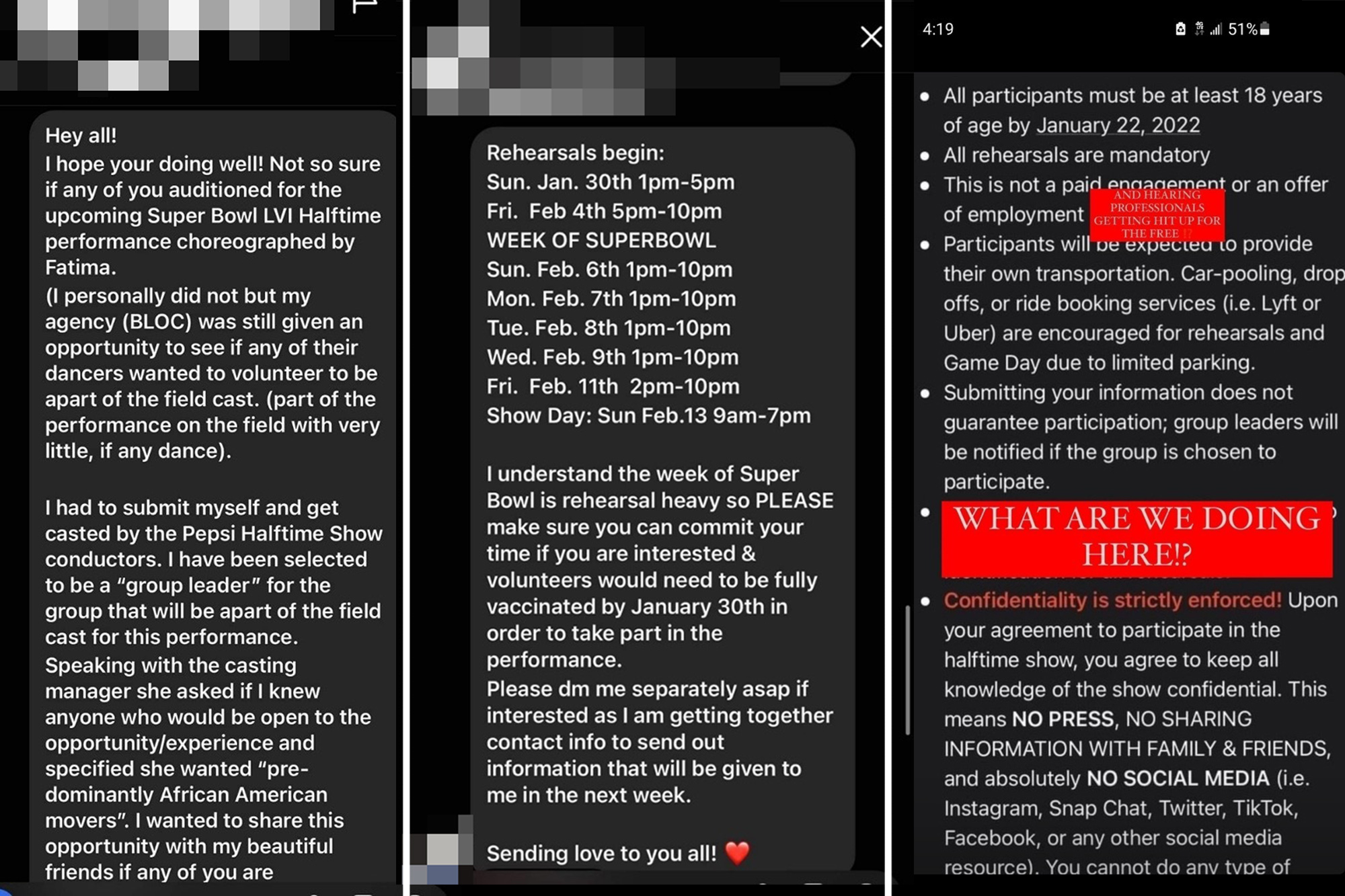 Both Riley and Centeno alleged that Robinson must be “aware” of the situation, given how many dancers have reached out to her and tagged her in social posts about it.

They also alleged she has a history of bringing on dancers to work for free. Centeno claimed she experienced it firsthand during West’s Sunday Service for Coachella in 2019.

“There were volunteer dancers to help make it a bigger moment … but the ‘paid’ professional dancers and volunteers were in all the same rehearsals. Basically did the same amount of work and drove themselves to Indio, Calif.,” she said. 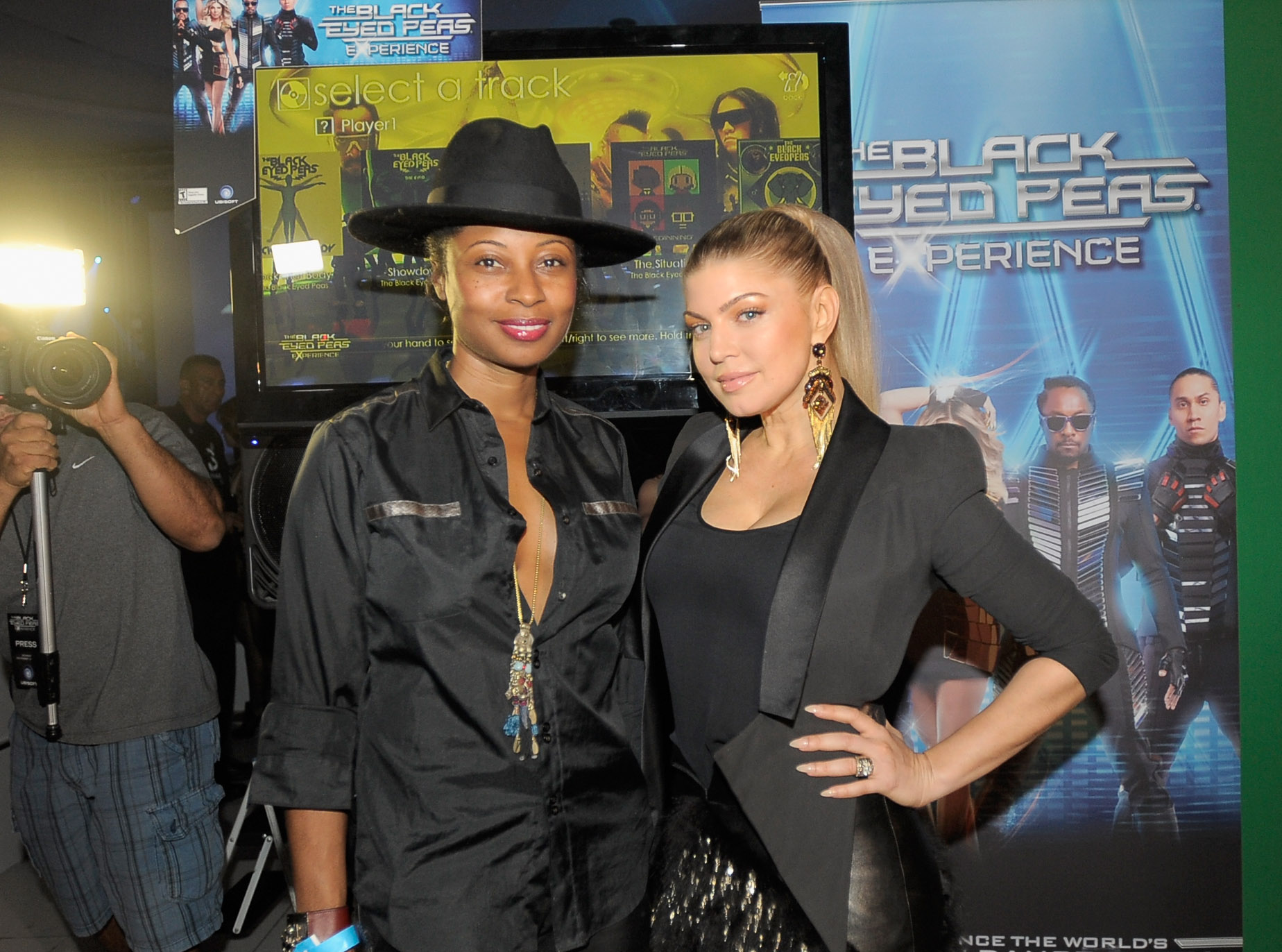 Riley told Page Six she was allegedly blocked by Robinson when she reached out to her to discuss this year’s Super Bowl. At the end of the day, she just wants Robinson — who worked alongside her father, musician Teddy Riley — to “do the right thing.”

“This is such an amazing Super Bowl, to be happening during Black History Month and to showcase black art, black culture and predominantly highlighting black talent … so if you’re going to be a leader of a community, now is the time, if anything, to step up and be called in, to do whatever it is that you can do to forward the movement,” Riley advised. 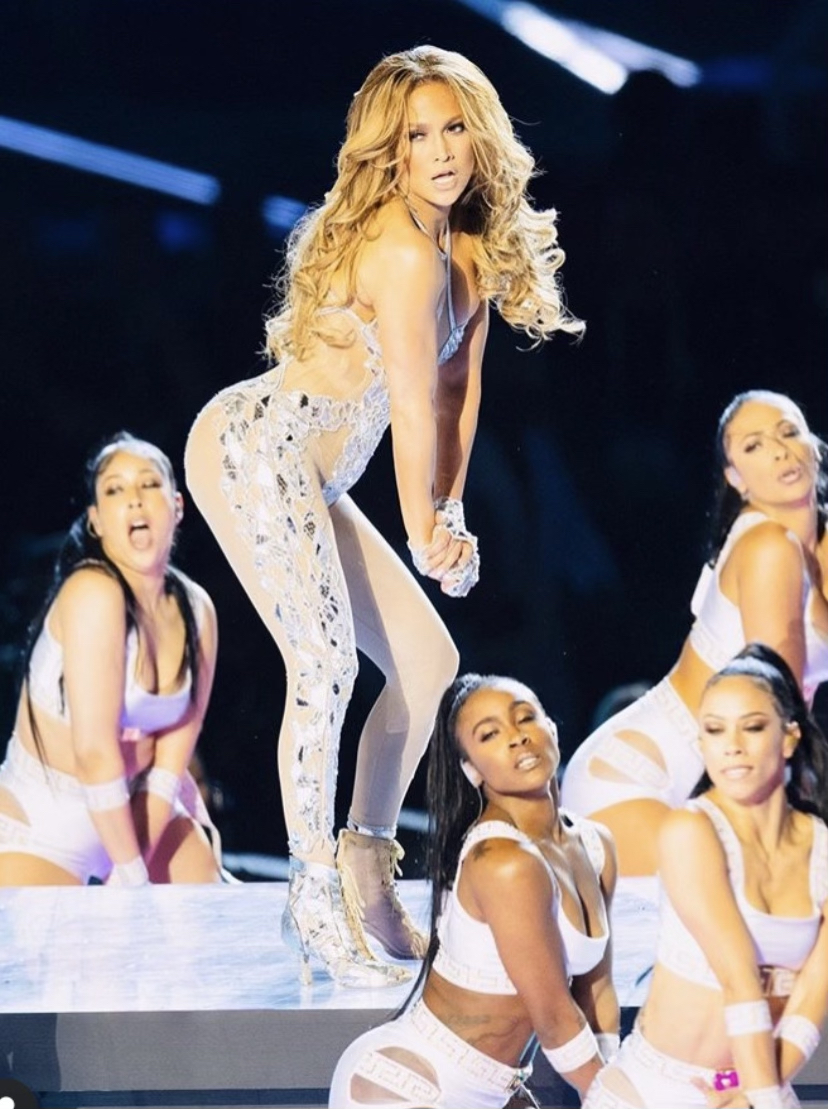 “We’re at a space where we are being overexploited as dance art is being overused, overworked and then undervalued and underpaid. I think the next step really is who will stand up like, how loud do we have to get … to bring more awareness to the mistreatment of dance artists,” she continued. “We should be raising the bar now and holding ourselves accountable, especially when we’ve accepted these oppressive ways and practices for so long.”

Centeno expressed similar sentiments, telling Page Six, “I think in general the dance industry has just come to this place where we’re just sick and tired of a lot of this. Because it’s not just people asking us to dance for free — it’s also these rates [for dancers] haven’t changed in 20 years.”

In addition to Robinson, Riley is calling on Super Bowl LVI halftime show executive producer Jesse Collins along with this year’s headliners to make changes.

“When it comes to the Super Bowl, there is enough money that can go around. The real question is, who is the person that gets to pull the plug? Who is the person that gets to counsel up and get the approval?” she said. “I think that you have to definitely leave it to the point person producer that is putting their name on it … and that would be Jesse Collins, who happens to be an African American man and leader in our cultural community of the industry.” 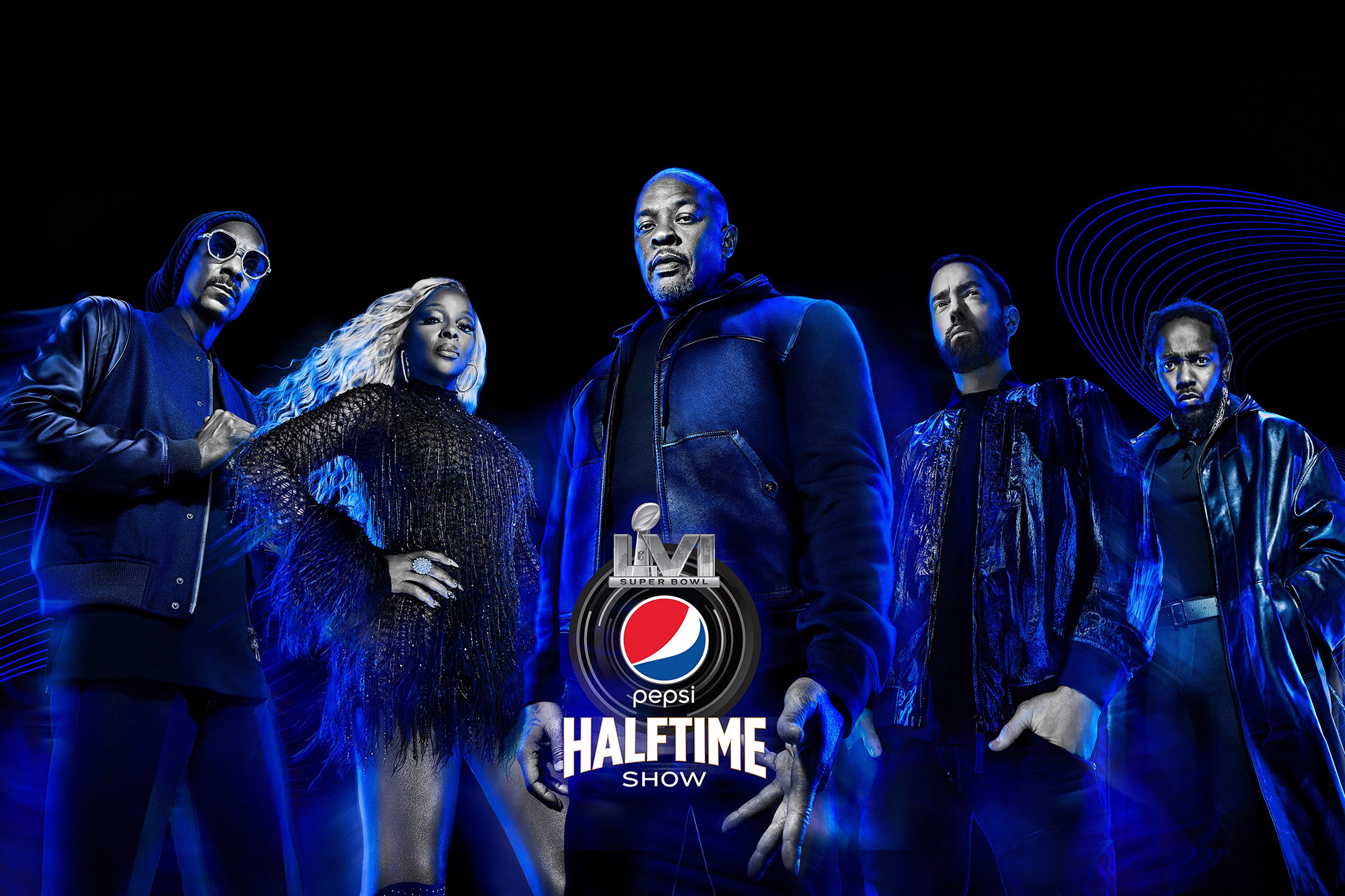 Riley said it would also be “so amazing” to see the halftime performers stepping up to the plate.

“Mary J. Blige has a heart of gold, and personally, just knowing Snoop Dogg, I know he does. I don’t know Marshall Mathers [Eminem] personally, but I know he’s, like, amazing … and he knows how hard it is to come up in this world,” Riley explained.

“So I feel like somebody can do something. Ideally it would be getting these people paid,” she continued. “I think that if it’s not for Fatima, I think if anybody’s personal camp could even just provide something for these Inglewood volunteers, whether it’s Beats by Dre, everybody gets Beats, or downsizing the rehearsals days … I want nothing more than this to just change. It would be so monumental.” 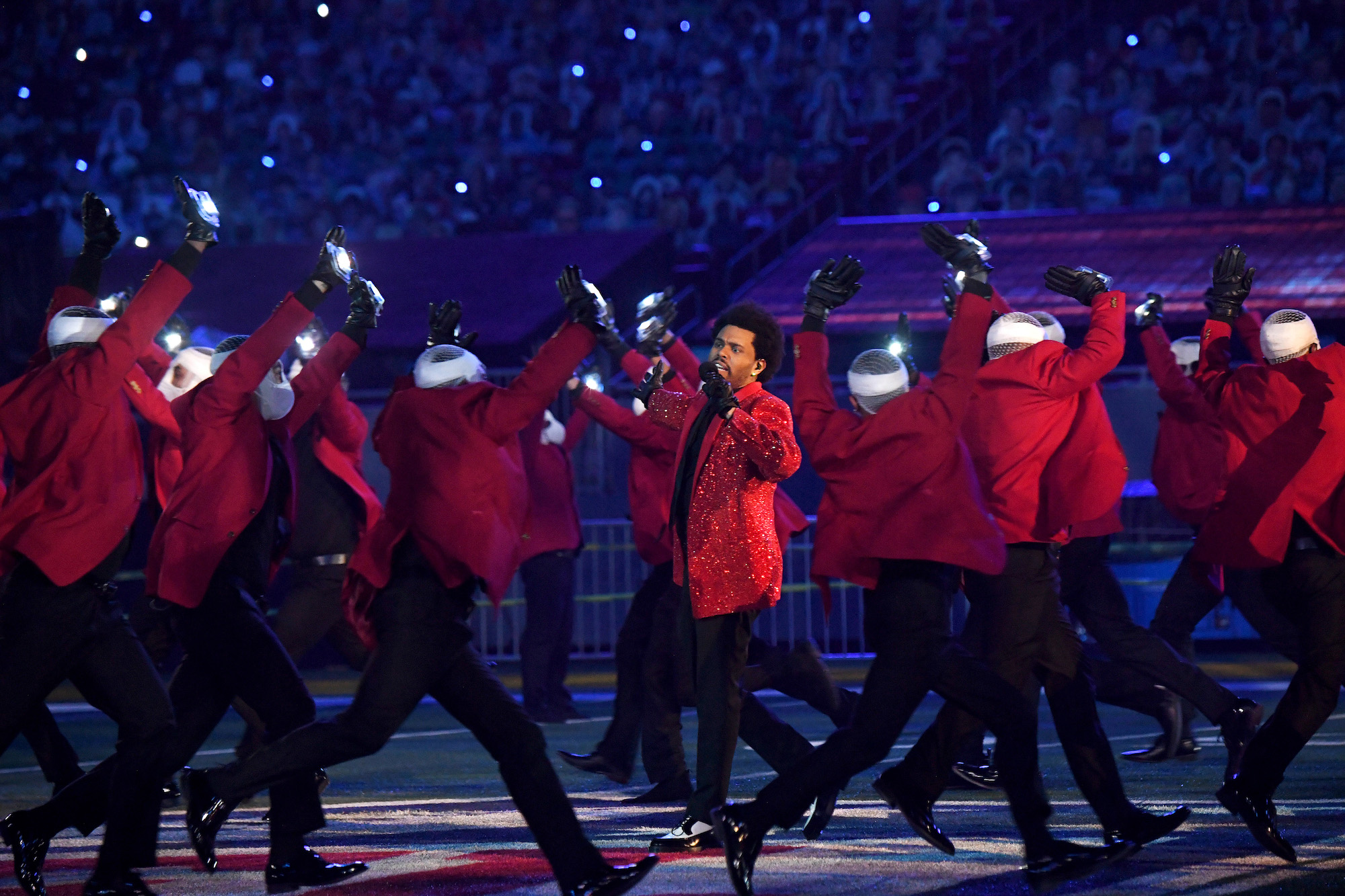 The Weeknd performed with a field full of dancers during the Super Bowl LV halftime show at Raymond James Stadium in Tampa, Fla., in 2021. 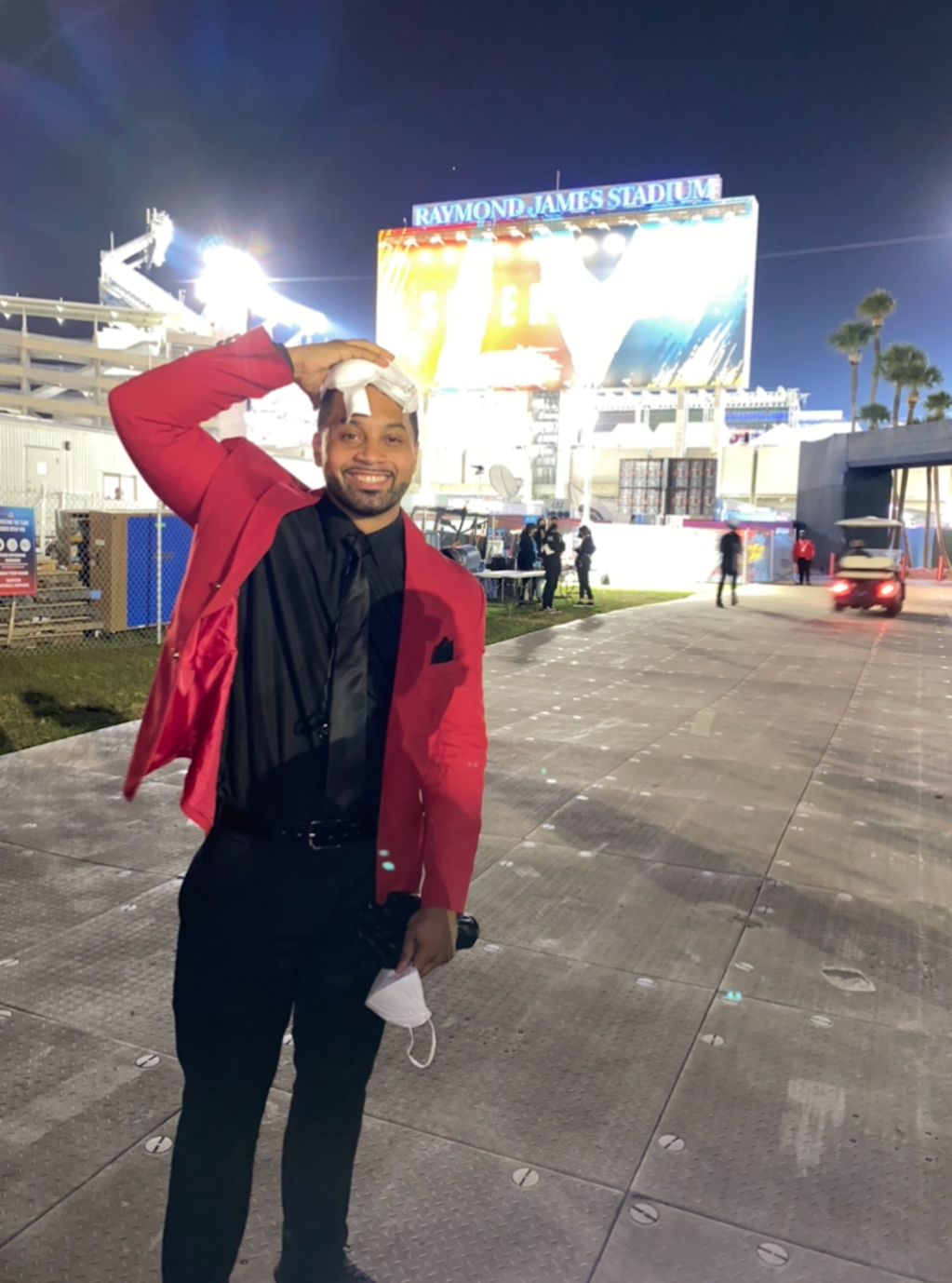 Keenan Williams, pictured here outside the stadium, was one of many dancers who performed as a “volunteer.”