Anneka Rice, 60, a British presenter and broadcaster, is set to dazzle viewers on this year’s Strictly Come Dancing but with a recent set back after suffering a shoulder injury, Anneka revealed she nearly didn’t make it on the BBC show.

“About six weeks ago, I fell in my neighbour’s garden, going down quite a slippery slope, it was after I had signed up and was all ready to go, but in the middle of my proper fitness training, so the last six weeks I have had to really rest it,” she said.

“It has got a small tear, and it is inflamed, but it is nothing so bad that I can’t carry on, I’ll be fine, it is just swollen,” she added, explaining she’s undergoing treatment.

“I had steroid injections and hopefully, with a miracle, it will be fine. Typical timing… It is sod’s law! Can I just say that is the definition.”

The daredevil action woman first rose to fame in 1982 as the jump-suited “sky runner” working on Treasure Hunt on Channel 4. The programme saw guests taking part in a game show, solving clues for a cash prize.

A huge star in the 80s – Anneka is fondly remembered for her BBC One series “Challenge Anneka,” which she devised herself. The concept of the show was for her to solve tasks within a certain period of time.

Anneka has also appeared on Celebrity Mastermind, Hell’s Kitchen and Come Dine With Me.

In 2017, Anneka appeared on Celebrity Hunted with former Strictly ‘contestant’ Jamie Laing. Anneka managed to avoid capture from the hunters for an impressive ten days and provided some hysterical moments while on the show.

The mum of three, who is this year’s oldest celebrity contestant on Strictly, admitted her injuries have grown and doubled since group rehearsals kicked off last month. 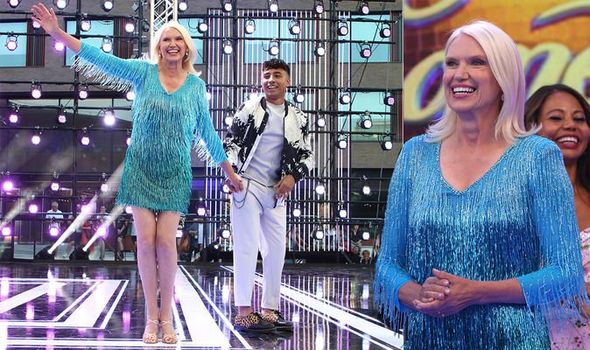 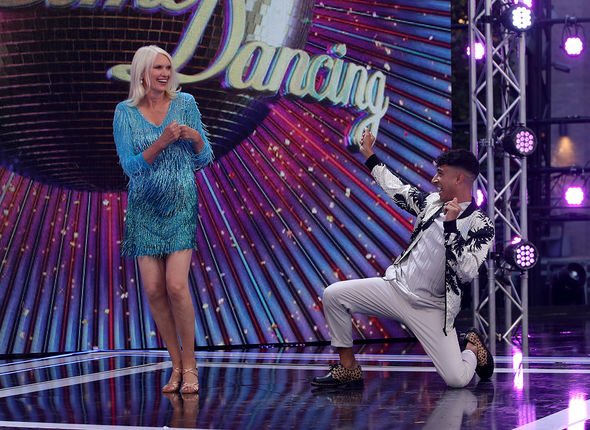 She explained she had recently gone for a massage and the therapist was shocked by her bruising.

‘I’m covered in bruises, and the lady went “are you all right?” I was literally covered, and that was literally from Anton tossing me around like a bloody rag doll!’

In reference to her decision to do Strictly this year, Anneka said: “I have never done anything remotely feminine involving beautiful clothes, make-up or hair or anything like that. Every job I have done has involved me putting on a hard hat or a flying suit.

“I’m a natural tomboy. I played with the kids in the street and was in the football and cricket teams at school.

“I can’t imagine myself in a long dress at all. I only wore pink for the first time last Christmas. I was buying my sister a

To the delight of fans, Anneka has been documenting her Strictly journey on her Instagram page @annekariceart.

Her most recent post read: “First time I put my practice skirt on. And first time in a long skirt ever! Taken me over half a century. #strictly #waltz #training #joy (sic)”. 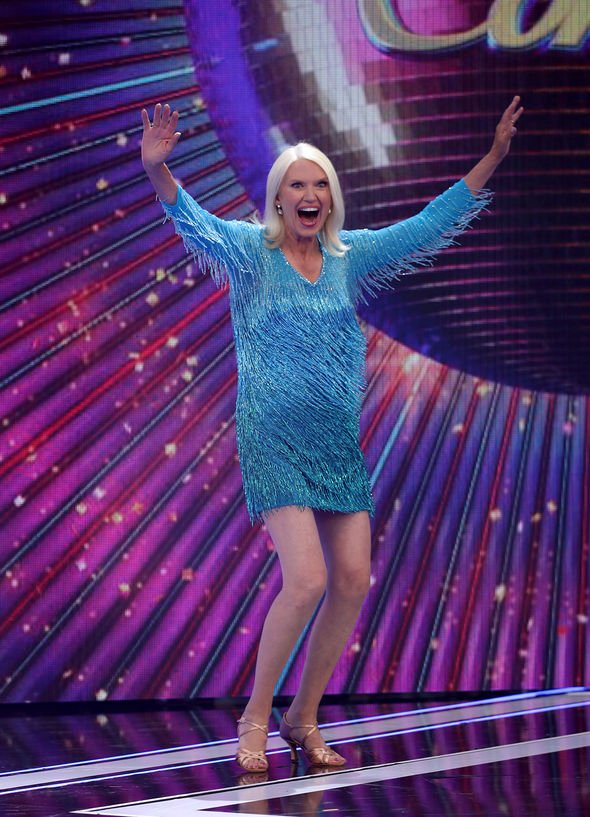 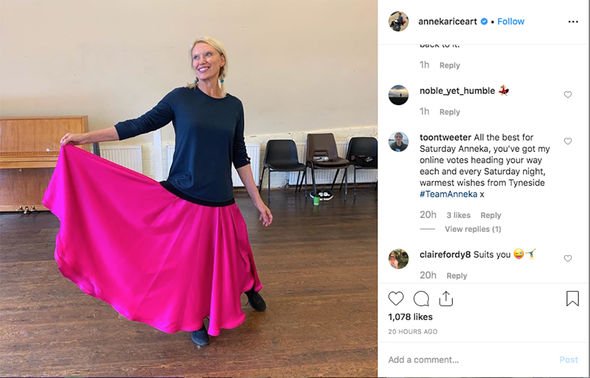 Eager fans were quick to comment on her profile with some praising her and wishing her luck for the upcoming dance.

One fan commented saying: “Good luck for Saturday Anneka. Can’t wait to see you slaying in your skirt. Working it on the Strictly Stage.”

Another joked: “I think you’re fabulous and you will be amazing on Saturday. Just tell Kevin to make sure his phone isn’t in his pocket”

Anneka hopes to show the audience a different side to her and has said “[Her] Strictly ambition is to get down those steps right at the top of the programme in a graceful way. That is my ambition and I would love to learn to dance to Dusty Springfield’s I Only Want To Be With You. That is a song that just fills me with such joy!”

Anneka has always stayed in shape; she plays tennis, runs, does weight-training and is careful about what she eats.

Strictly Come Dancing continues this Saturday 28 September at 18:40pm on BBC One.