Starbucks employees want ‘more of a say’ in the workplace: Shift supervisor

Starbucks says it will come to the negotiating table with union employees at its Elmwood Village location in Buffalo "in good faith" following their historic election victory earlier this month.

"From the beginning, we’ve been clear in our belief that we do not want a union between us as partners, and that conviction has not changed," Starbucks North America President Rossann Williams said in a letter Monday. "However, we have also said that we respect the legal process. This means we will bargain in good faith with the union that represents partners in the one Buffalo store that voted in favor of union representation. Our hope is that union representatives also come to the table with mutual good faith, respect and positive intent."

Employees at the coffee shop voted 19-8 in favor of joining Workers United, a union affiliated with the Service Employees International Union. In addition to union representation, workers are seeking more input on pay and store operations. 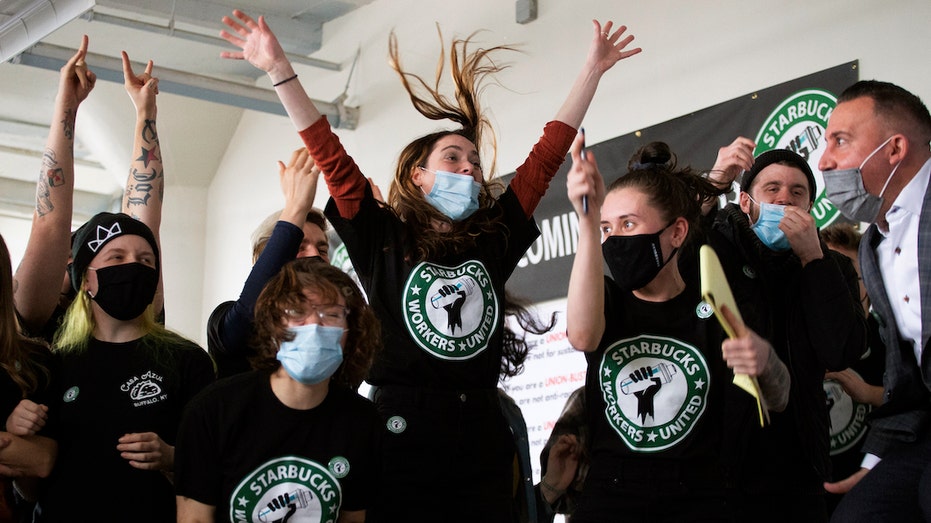 Starbucks employees and supporters react as votes are read during a viewing of their union election on Thursday, Dec. 9, 2021, in Buffalo, N.Y. (AP Photo/Joshua Bessex) (AP Newsroom)

Elmwood Village was one of three locations given the green light by the National Labor Relations Board in October to hold three separate votes. A second Buffalo store located at Camp Road voted to reject the unionization effort, while the vote for a third store on Genesee Street could not immediately be determined due to several challenged ballots. Around 111 Starbucks workers were eligible to vote by mail in the election and a total of 78 ballots were counted, including those challenged by the union and Starbucks.

Prior to the vote, the coffee chain filed an appeal asking the NLRB to hold one vote for all 20 of its Buffalo-area stores. However, the board rejected that request, ruling that separate store votes were appropriate under labor law.

A Starbucks Workers United spokesperson said its Elmwood partners "want to get to the table as soon as possible, sit across from management and bargain a fair contract that benefits customers and partners alike."

"We know the partners at Genesee will want the same once their union is certified," the spokesperson added. "As Starbucks makes these comments we hope they will be truthful and respect the law by sitting down at the bargaining table with the partners who formed this union – they can demonstrate that today by signing the Agreement for Equity and Sustainability we presented last Thursday."

Starbucks has more than 8,000 company-owned U.S. locations. Additional requests for union elections are still pending at another three locations in Buffalo, two locations in Boston and one location in Mesa, Arizona.