Labor has long fought off incursions in the state seat of Albert Park. But after the Greens almost toppled the party in the overlapping federal electorate of Macnamara and the seat’s long-serving MP Martin Foley decided to retire, pundits believe it will be game on come November’s election.

And while most people predict the Greens will again provide the toughest competition for Labor, a well-known community member has thrown her apron into the ring as an independent to challenge them both.

Georgie Dragwidge, owner of Georgie’s Harvest in South Melbourne Market, is running in the state seat of Albert Park.Credit:Wayne Taylor

South Melbourne Market stallholder Georgie Dragwidge was one of the few people locals spoke to beyond their immediate households during Melbourne’s long lockdowns.

“We tell each other things that you don’t normally tell the greengrocer. Or, in my case, the potato lady,” Dragwidge said. “You’d get a lot of their fears, their sadnesses, their excitements. I had a lot of people telling me what they thought could be done differently. It empowered me.”

After conversations with her customers, the 45-year-old owner of Georgie’s Harvest decided to run for parliament on a platform of integrity in politics, climate action and support for small business, social welfare and education.

The widow and single mother has a mixed political heritage. As an economics student at La Trobe University, she joined the Liberal Party before becoming disillusioned and then joined the union movement and Labor Party for three years. During the pandemic, she again briefly joined the Labor Party, but didn’t attend any branch meetings. 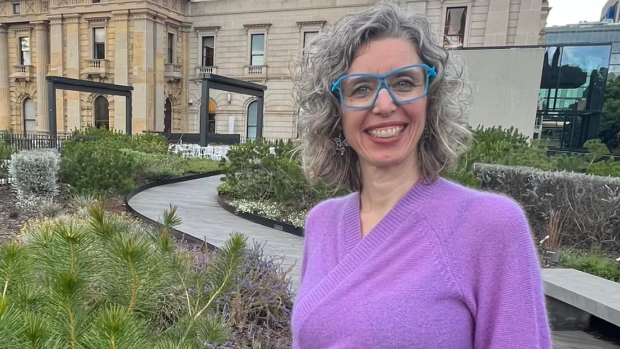 “I’m a little bit sick and tired of the way things are getting done,” said Dragwidge, who lives in South Kingsville in Melbourne’s inner west. “Everything is really scary right now and [they’re] still playing games.”

Rockstar Tex Perkins had a tilt at unseating Foley in 2014 when he ran as an independent on a single-issue ticket to save St Kilda’s then-crumbling Palais Theatre.

Taylor will be up against Animal Justice Party candidate Cassandra Westwood.

Foley, who has held the seat since 2007, backed Taylor, saying the Southbank resident had a strong background in sustainability, local government, education and representing working people.

“I will work every day to help her win what will be a tight election,” the former health minister said. 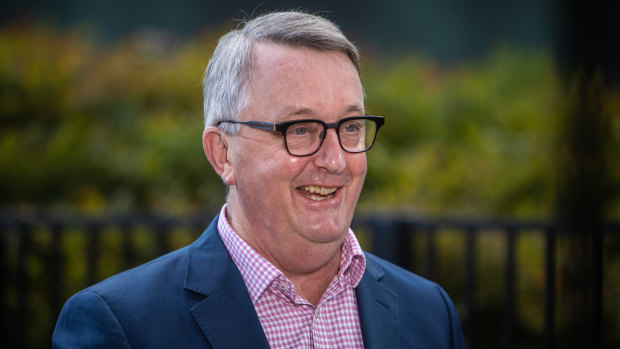 Outgoing Albert Park MP Martin Foley has been in parliament for 15 years.Credit:Scott McNaughton

The Liberals and Greens are still preselecting candidates. Craig Berger and Lauren Sherson will fight it out to be the Liberal candidate on August 30, while the Greens will choose their candidate next month.

Victorian Greens leader Samantha Ratnam said: “Martin Foley has been a good local member, but now the people of Albert Park have the opportunity to elect someone who will push the next government to go further and faster on climate action, housing affordability and integrity.”

“In [the 2018 election], the state Labor brain was able to hold back the green surge,” he said. “[But] given what’s happened in the recent federal election, we may see a resurgence of the green vote.”

It took more than a week for the result to be called in Macnamara, which takes in most of the same suburbs as Albert Park. Labor was in a tight race with the Greens and the Liberals.

Samaras said the demographic in Albert Park often changed dramatically between elections. He predicted this one would be no different – during the pandemic, landlords had replaced Airbnb occupants with renters, who were more likely to vote Greens than Labor.

He said that Foley’s retirement would also make it harder for Labor to retain the seat. “He was perfectly suited to the electorate and a very good marginal seat MP.”

Samaras said Dragwidge would have a chance if she could convince Labor, Greens and Liberal voters to vote for her instead.

Dragwidge quit her corporate job before buying her stall on a whim when her now 14-year-old twins were toddlers.

She and her husband, Michael Dragwidge, thrived at the market, buying a second stall, before he died of an abdominal aortic aneurysm in 2017, five days before Christmas.

“It made me realise how strong of a woman I am,” Dragwidge said. “I want the community to know that they can have a leader that can fight for them like I fought for myself.”

Michael was also once a Labor Party member and union official, but left both in his late twenties. He recruited now transport minister Ben Carroll, who gave a eulogy in parliament when he died.

But Dragwidge said she was no longer associated with Labor. She also does not have the backing of Climate 200, the funding vehicle behind the successful teal independents in the federal election, or a well-oiled Voices campaign group.

But like the teals, Dragwidge hopes to draw on the support of the community she has worked in for 11 years through word-of-mouth and social media campaigning.

“I don’t have a spare 20 (grand). There’s no rich guy,” she said. “If I have a chance, it’s because the community of Albert Park have supported me.”

Gay Alcorn sends a newsletter to subscribers each week. Sign up to receive her Note from the Editor.