Some of the state’s most idyllic coastal villages are bracing for a flood of housing development as Sydneysiders seeking to escape the pandemic push up prices and awaken long-dormant projects.

Developers have their eyes on towns such as Dalmeny, Tuross Head and Manyana on the NSW South Coast, and councils due to face elections in December have come under pressure to open up more land for housing as properties become scarce for renters and buyers alike. 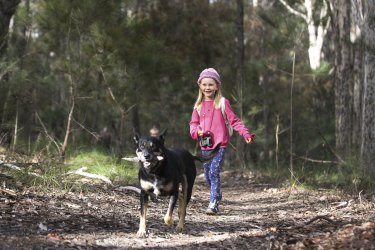 Rosella Ball taking a walk with Charlien in the Dalmeny location that is set to be developed after the Eurobodella Council pushed through the sale of the 40-hectare block just weeks before its pre-election caretaker period began. Credit:Alex Ellinghausen

In Eurobodalla Shire, anger has been fanned by the council’s recent decision to sell off more than 40 hectares of pristine forest near Dalmeny.

Although the land had been zoned for housing for more than 30 years, the decision paves the way for the development of two nearby forested properties of another 70 hectares. All up, they could potentially double the village’s size of about 2000 people.

Jane Milesmith, one of the organisers of the Dalmeny Matters group that opposes the expansion, said: “We believe that community attitudes to land clearing and preserving nature have changed dramatically since that time, particularly since the 2019-20 black summer bushfires where approximately 80 per cent [of Eurobodalla was] burnt. 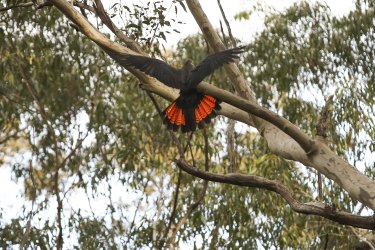 A red-tailed black cockatoo displays its plumage as it wings its way through a region near Dalmeny that is slated to become a housing development. Credit:Alex Ellinghausen

The lack of warning about the imminent land sale, revealed just weeks before the council began a caretaker period that would freeze such actions until after the elections, has inflamed concerns.

“This has been utterly rushed through,” said Patrick McGinlay, a Eurobodalla councillor and Dalmeny resident who voted against the sale. “It’s a litmus test – how much control can a community have about where [new development] goes.” 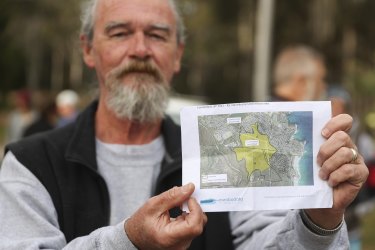 Councillor and local resident Pat McGinlay holds up an image of the proposed site of development in Dalmeny.Credit: Alex Ellinghausen

NSW Planning Minister Rob Stokes, who sought ways to intervene to halt a 20-hectare development near Manyana that threatens to destroy unburnt forests, said pressure for more housing would grow as Sydneysiders took advantage of the increased ease of working from home, adding to the traditional flow of retirees to the coast.

However, the Eurobodalla land sale was one project that should not go ahead, Mr Stokes told The Sun-Herald.

“At a time when this government is giving out millions for councils to invest in public spaces, it seems tone deaf for a council to be selling pristine coastal bushland that’s already in public ownership,” he said.

Eurobodalla Council said it had not undertaken any studies of the region since the bushfires and an environmental assessment was “not a consideration in the sale process”. 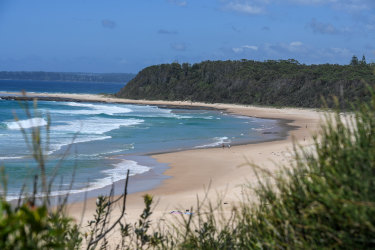 Manyana on the NSW South Coast was one of the first villages to appeal for outside help to stop excessive new development after the 2019-20 bushfires devastated much of the region.Credit:Peter Rae

A council spokeswoman said on the expected lot size, plots would fall short of doubling the size of Dalmeny. The land sale was “a practical way council can help with the critical housing supply shortage in Eurobodalla by boosting residential land supply, construction and supporting employment in our region”, she said.

“Local real estate agents say housing stock has not been in this short supply in decades,” she said, adding that rents had increased 18.2 per cent in the June quarter from a year earlier.

“An online search undertaken on 7 July 2021 failed to identify a single vacant residential allotment for sale in Dalmeny, Kianga or Narooma,” the spokeswoman said, referring to other nearby towns. 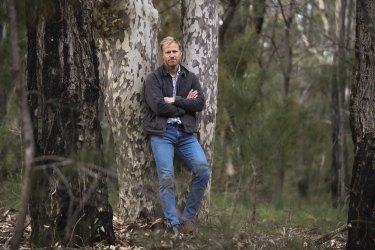 However, Justin Field, an independent Upper House MP and South Coast resident, said the housing being proposed would not be aimed at serving local demand. Bushfire-zone construction standards would also add to the costs.

“The argument made by some that this is about housing affordability is absurd,” Mr Field said. “You don’t build affordable housing in isolated coastal villages away from services and infrastructure and jobs.”

He called on Mr Stokes to instigate a review into so-called zombie developments that ranged from West Culburra to Dalmeny and beyond. “There is just too much to lose if we get this wrong and the argument that there is a 20- or 30-year old approval just fails these communities and future generations,” Mr Field said. 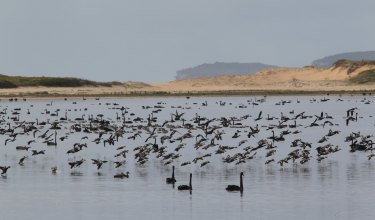 While the government has outlined regional development plans, they are fast becoming obsolete given the COVID-induced exodus from cities, as well as fire damage.

For instance, the 2017 South Coast plan predicted Eurobodolla’s population would only swell by about 2200 people by 2036, requiring just 3000 new dwellings given its ageing population and decreasing household size.

The plan noted “while there is sufficient land zoned to accommodate the anticipated growth, development must be environmentally sensitive, and new residential areas must be adequately serviced with community and transport infrastructure”. 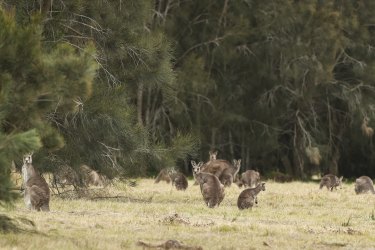 Kangaroos seen at a site which has been approved for housing development, in Tuross Head.Credit:Alex Ellinghausen 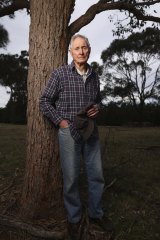 Chris Jones, from the Tuross Lakes Preservation Group, on the site of a planned housing development approved back in 1983 but only coming toward construction now.Credit:Alex Ellinghausen

At Tuross Head, the issue is less the scale of a development proposed beside Coila Lake with its plan for about 70 lots.

Rather, it is the fact the approval dates back to 1983-84, and the land has since become a refuge for an abundance of wildlife as areas around it have been built up. It also requires appropriate surveys for Indigenous heritage.

“Whatever exists there is doomed,” said Chris Jones of the Tuross Lakes Preservation Group, adding the area was home to as many as 90 kangaroos, microbats and possums and that would not easily find new homes. “The kangaroos, I dare say, will have to be shot.”

Simon Cox, another Tuross resident, said the council appeared to have been pushed the project through without a formal cultural heritage assessment and the archaeological potential of the area should be investigated before any development was permitted.

Emails by Mr Cox to Heritage NSW appear to have drawn authorities’ attention to the issue.

“Council has informed me that they will add a condition stating that an Aboriginal Heritage Impact Permit (AHIP) is required for the development,” a Heritage NSW archaeologist said in one email seen by The Sun-Herald. 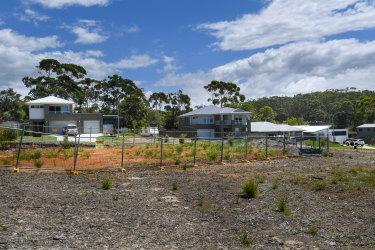 Elliott Wain, whose family owns the Tuross property, said “there’s a development application for modifying before council” but declined to elaborate.

Doug Williams, a consultant with Austral Archaeology, said the onus on surveying and preserving Indigenous culture was only likely to increase as development spread. “The cumulative impacts will be higher and higher as there’s less and less [undeveloped land],” he said.

Meanwhile, groups opposed to the developments are learning from each other. Jorj Lowrey, a spokeswoman for Manyana Matters, says her group has been coaching counterparts at Dalmeny, sharing their experience after battling for years to prevent several big developments that would double their village were they to proceed.

“We’ve already got enough cleared land in the world,” Ms Lowrey said. “That’s where we should put those houses.”