Home » Lifestyle » So are the Golden Globes happening this year, or what?

The best part of the new year is finally upon us – awards season!
The playful distraction that comes with arguing over whether, say, Nicole Kidman’s Lucille Ball is better than Kristen Stewart’s Princess Di or whether Keiran Culkin’s Roman Roy deserves a trophy over Brett Goldstein’s Roy Kent sure is fun, isn’t it?

It is! So bring on the year’s first awards show – the Golden Globes!
Oh. Um.

What?
They’re not happening. 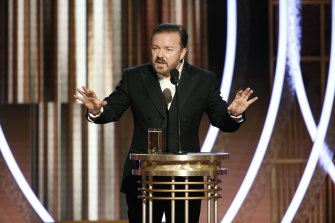 But I saw the nominations…
Yes, there were a lot of them, announced just last month, including seven each for Kenneth Branagh’s Belfast and Jane Campion’s Power of the Dog, five for Succession and four each for The Morning Show and Ted Lasso.

So, what do you mean they’re not happening?
Well, for starters, less than a week out from the scheduled ceremony, the awards are without an official TV broadcaster for the first time since 1979. NBC, which has aired the awards since 1996 (with just one break in 2008 due to the WGA strike), is boycotting this year’s installment.

A boycott? Why?
It’s complicated, but let’s just say: “Thanks, Emily in Paris.”

I don’t understand.
Back in February 2021, the Los Angeles Times published an expose into the mysterious backroom practices of the Hollywood Foreign Press Association, the group of international journalists which run and vote on the Golden Globes. The article uncovered a “culture of corruption” at the HFPA, which included members “exchanging votes for perks and access [to celebrities].”

What did Emily have to do with this?
It offered a clear example of the “ethical lapses” that have been part of the HFPA’s practices. The shock that such lightweight, fluffy fare had somehow scored two major nominations at last year’s awards was underscored by the LA Times’ revelation that the Paramount Network, which produces Emily in Paris, had treated 30 Golden Globes voters to a lavish set visit which, among other things, included “a two-night stay at the five-star Peninsula Paris hotel, where rooms currently start at about $US1,400 a night”.

That would do it.
In the expose’s fallout, which also included the revelation that the HFPA had exactly zero black members, numerous celebrities announced they’d be boycotting the awards: Tom Cruise, for example, returned all three of his trophies, while Scarlett Johansson urged the industry to shun the Globes, saying, “The HFPA is an organisation that was legitimised by the likes of Harvey Weinstein to amass momentum for Academy recognition and the industry followed suit…I believe it is time that we take a step back from the HFPA.”

Ouch.
Responding to the backlash, the HFPA in May announced a series of planned reforms that would increase the number of people of colour in its ranks while also outlining new restrictions on gifts that its members could receive. But organisations such as Netflix, Amazon, Time’s Up and GLAAD said the measures didn’t go far enough in challenging the HFPA’s systemic rot, and over 100 Hollywood publicity firms said their clients wouldn’t participate in the Globes until the HFPA enacted “profound and lasting change”. 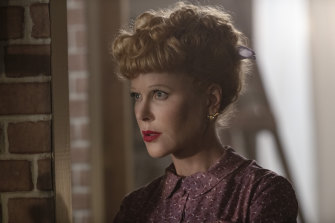 Nicole Kidman as Lucille Ball in Being the Ricardos. Kidman is nominated for Best Performance by an Actress in a Motion Picture – Drama at Monday’s Golden Globes.Credit:Glen Wilson/Amazon

So no telecast, no stars, no red carpet – really sounds like no Golden Globes in 2022?
At least not as we know them. The HFPA is adamant they’ll still be giving out their prizes on Monday; I guess they’ll tell Will Smith he won for King Richard via email?

That’s so sad.
I’m sure the Fresh Prince will be fine.

No, I mean it’s sad for me! No Golden Globes ceremony means no awkwardly divisive jokes from Ricky Gervais, no vegan-heavy acceptance speech from Joaquin Phoenix, no yelling at my TV that Reservation Dogs was robbed! Where am I supposed to get my fix of Hollywood awards season nonsense now? Do I have to wait till the Oscars in March?
Not necessarily. There is another awards show ready to fill the Globes’ place – the Critics Choice Awards, already angling to become the new second fiddle to the Oscars, are also scheduled for Monday.

Oh, great! Where can I watch it?
You can’t. They’ve been postponed due to Omicron.

I hate you.
Its organisers have touted a potential “new date during the upcoming awards season”, at which point they will be broadcast locally on Paramount+. You know, if they happen at all.