Sister Wives star Maddie Brown Brush gave fans an update on daughter Evie's health. "Her surgeon laid the groundwork for her new foot and mobility it will bring, by way of a boyd amputation." 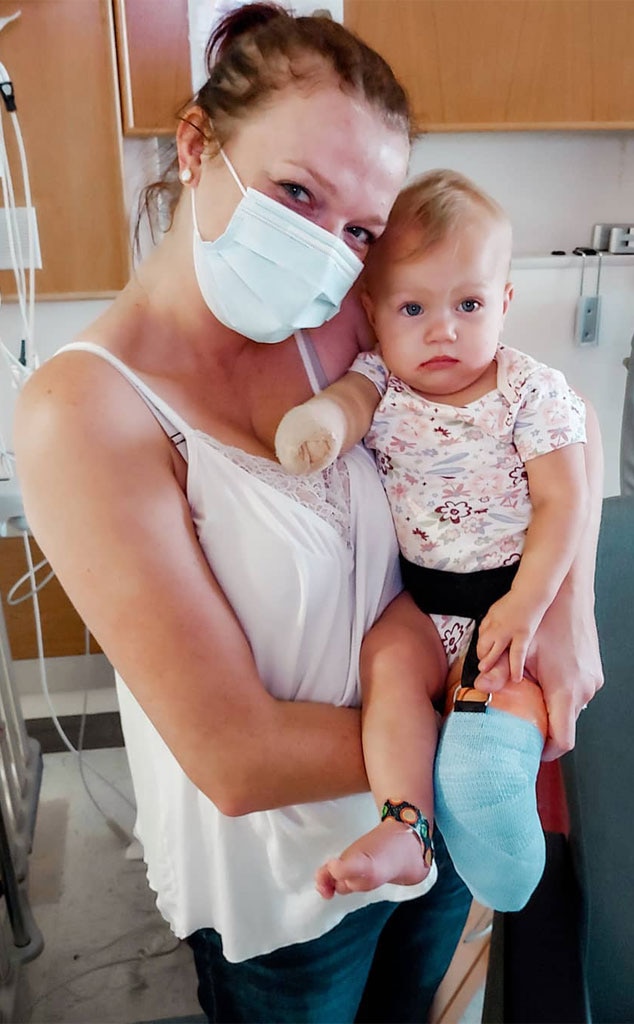 Maddie Brown Brush is giving her fans an update on her daughter Evangalynn's health.

Just days after the child celebrated her first birthday, the 24-year-old Sister Wives star took to Instagram and shared that the little one underwent a few procedures.

"Evie received some major gifts for her 1st birthday," the TLC star wrote alongside a photo of herself holding her baby girl at a medical facility. "Her surgeon laid the groundwork for her new foot and mobility it will bring, by way of a boyd amputation. Another gave her some extra mobility in her hand, by clipping her webbing she had in her right hand."

Maddie also wrote that Evie is now "home and is recovering beautifully."

"Smiles and good moods are coming back!" the proud parent wrote on Instagram Stories.

According to People, Evie was diagnosed with oligodactyly before birth. The magazine stated she was also missing a thumb and a toe and that one leg was missing a fibula when she was born. Per the publication, Evie had a bowed tibia, as well and two of her fingers were fused together.

Maddie recalled being "shocked" when she and her husband Caleb Brush learned their daughter had been diagnosed with fibular aplasia, tibial campomelia and oligosyndactyly (FATCO) syndrome.

"I was just sitting there trying to comprehend what's going on, having just had a baby as they are bringing in all these specialists," she told People in October 2019. "I was freaking out."

At the time, Maddie, who is also the mother to 3-year-old Axel James, told the outlet her daughter will grow up to have "limitations but not huge hindrances." She also expressed her desire to raise awareness.