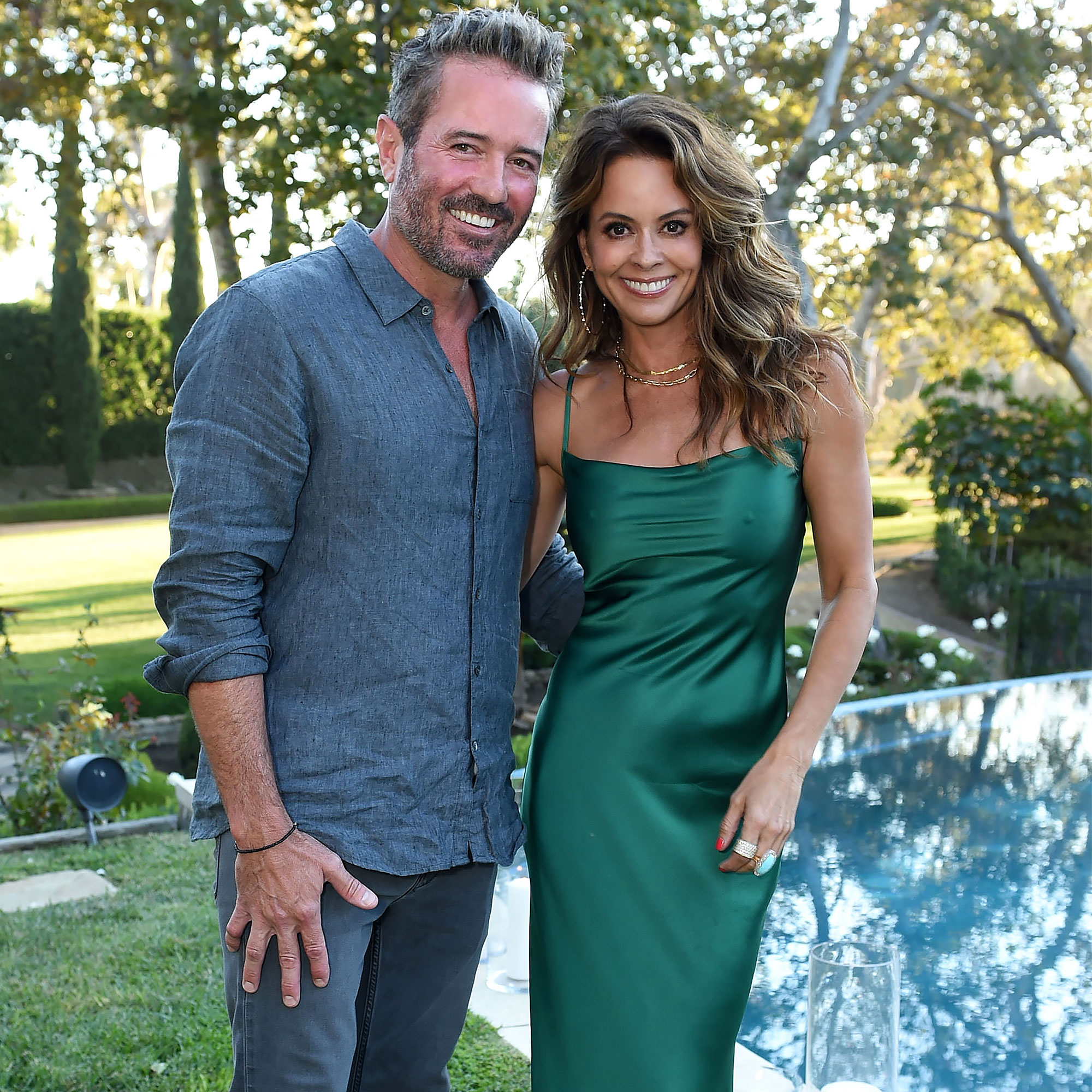 Next steps! Brooke Burke is engaged to her boyfriend, Scott Rigsby, after two years of dating.

The Dancing With the Stars alum, 50, confirmed the news to Us Weekly on Thursday, September 9, after celebrating her birthday in Malibu, California, with family and friends. They are “very happily engaged,” her management told Us in a statement.

“Following my birthday bliss, so thankful for family, friends & of course birthday cake 🎂 ❤️💋Rigs,” she wrote via Instagram on Thursday, alongside a series of photos from the party.

The “Intimate Knowledge” podcast host and real estate developer started dating in August 2019. Just four months into their relationship, Burke told Us that she was already thinking about walking down the aisle.

The TV personality was previously married to David Charvet, with whom she shares daughters Heaven Rain, 14, and Shaya Braven, 13. The pair separated in 2018 after 12 years together and finalized their divorce in 2020. Burke also shares daughters Neriah, 21, and Sierra, 19, with ex-husband Garth Fisher.

The former Rock Star host made her red carpet debut with Rigsby, who she called “b-word,” in November 2019. “He’s kind and sweet and he’s a great dad,” she told Us at the time. “We laugh a lot and it’s just nice to have someone to share life with right now. We have a lot in common. He’s a really good guy.”

As a real estate professional, Rigsby wasn’t used to the spotlight of Hollywood events, but Burke said he adjusted pretty quickly. “This was a whole lot [for him], but he’s been a great sport and super supportive,” the former model added of their first night out. “I just told him we were going on a date. I didn’t even tell him what we were doing!”

‘Dancing With the Stars’ Winners Through the Years: Where Are They Now?

At the same event, the DWTS champ joked that the pair had a conversation to define their relationship. “I was like, ‘Babe, do you want to be my boyfriend?’” she told Us. “I had to change his name in my contacts to ‘Boyfriend.’”

In October 2020, Burke told Closer that she could “definitely” see herself marrying Rigsby, though she didn’t have a timeline in mind.

“We’re really happy with the way that our lives are and I definitely see our future together,” she said at the time. “I don’t know yet what that looks like, what that means, but I know that we are together in the future.”