Big businesses and the union representing Australia’s most at-risk workers want isolation rules for COVID close contacts to be urgently scrapped as the nation struggles with a skills shortage exacerbated by an absent workforce.

As Easter travellers faced another day of lengthy queues at airports, partly due to a lack of staff, Business Council of Australia boss Jennifer Westacott said customers were facing a perfect storm of labour shortages, “isolation rules that keep thousands of people who aren’t sick at home.” 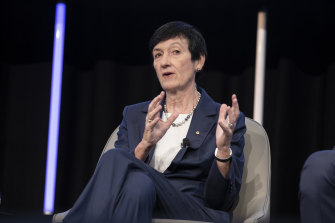 Jennifer Westacott, CEO of Business Council of Australia, says workers who don’t have COVID should be able to go to work.Credit:Photo: Louie Douvis

“Workers who don’t have COVID-19 should be allowed to work,” Westacott said.

Her comments were met with agreement by Health Services Union national president Gerard Hayes, who said the current close contact rules were not being heavily policed.

“It’s really time to let people responsibly manage their own health situation,” Hayes said. “If you are fully vaxxed, return a negative test and have no symptoms, you should be able to go to work.”

Current rules set out by national cabinet require close contacts of a positive COVID case to isolate for seven days, with Western Australia only recently having brought the rule in after easing restrictions. 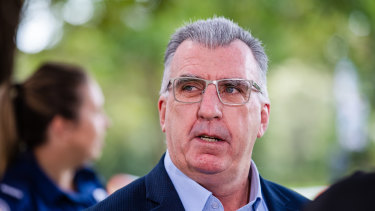 State and territory leaders are weighing up when to lift those measures after the Australian Health Protection Principal Committee this month advised rules could be eased after the current wave of infections from the Omicron BA.2 subvariant peaked.

The Australian Electoral Commission is also negotiating with states and territories for close contacts who aren’t COVID-positive to be able to physically attend polling stations on May 21.

Some states already have an extensive list of exemptions for various types of workers in place, due to strains on services and the economy. 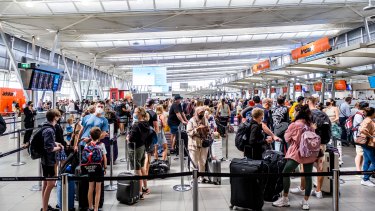 Victorian Premier Daniel Andrews said on Thursday roughly 2000 hospital workers were furloughed on any given day as a result of COVID isolation, with members of that sector among a number of critical occupations exempted from close contact isolation.

Qantas chief executive Alan Joyce said earlier this week a high level of staff absenteeism due to isolation requirements was partly to blame for passenger delays, before exemptions were granted for aviation workers in all jurisdictions.

A spokesperson for Prime Minister Scott Morrison said national cabinet had set out the plan for the country to reopen in line with health advice. “Depending on each jurisdiction’s circumstances, it is a matter for states and territories to determine when they are ready to further relax COVID restrictions.”

But Australian Chamber of Commerce and Industry chief executive Andrew McKellar said the states and territories needed to move together, saying he believed there was nothing in the federal caretaker provisions preventing national cabinet from being called.

“We really do need the states to move more rapidly on this and to do it in a co-ordinated way,” McKellar said.

“The massively disrupted Easter for Australians wanting to travel should be a clear signal to health officials that their rules are no longer fit for purpose,” he said.

“You can’t run a hotel or screen travellers at an airport without staff but you also can’t employ hundreds of Australians on a construction job if you don’t have a surveyor,” she said.

Renewed calls to boost migration followed Mr Morrison’s announcement of 1.3 million more jobs in five years this week, with Opposition Leader Anthony Albanese also acknowledging on Thursday Australia would need to import labour across a range of areas to plug the skills crisis.

“It means, for example, some restaurants can’t open seven days a week or six days a week … and that is holding back the economy,” Albanese said.

However, Australian Council of Trade Unions national president Michele O’Neil said there wasn’t simply a shortage of labour, “but there is a shortage of well-paid, secure jobs.

“Qantas has laid off thousands of staff and outsourced entire sections of its operations, and is now blaming customers for delays. Employers need to realise that there is value in rewarding the loyalty and hard work of their employees,” O’Neil said.