After being “disinvited” from Stassi Schroeder’s Rome wedding, the “Vanderpump Rules” personality popped up at the nuptials of “Summer House” alum Hannah Berner.

Current “Summer House” star Ciara Miller shared an Instagram Story video of herself hanging out with Shay at the Hamptons ceremony on Friday night.

“Get in this video, Scheana,” Miller, 26, said in the clip, beckoning Shay, 37, over. The two Bravolebrities then threw up peace signs while posing for the camera.

Shay wore a lavender minidress, while Miller flaunted her enviable abs in a skin-baring orange number to watch Berner and fellow comedian Des Bishop tie the knot on the beach.

Shay appeared to be in good spirits at the ceremony despite being snubbed by Schroeder, who got married for the second time to husband Beau Clark in Italy this week. (The couple secretly said “I Do” during an intimate backyard wedding in September 2020.) 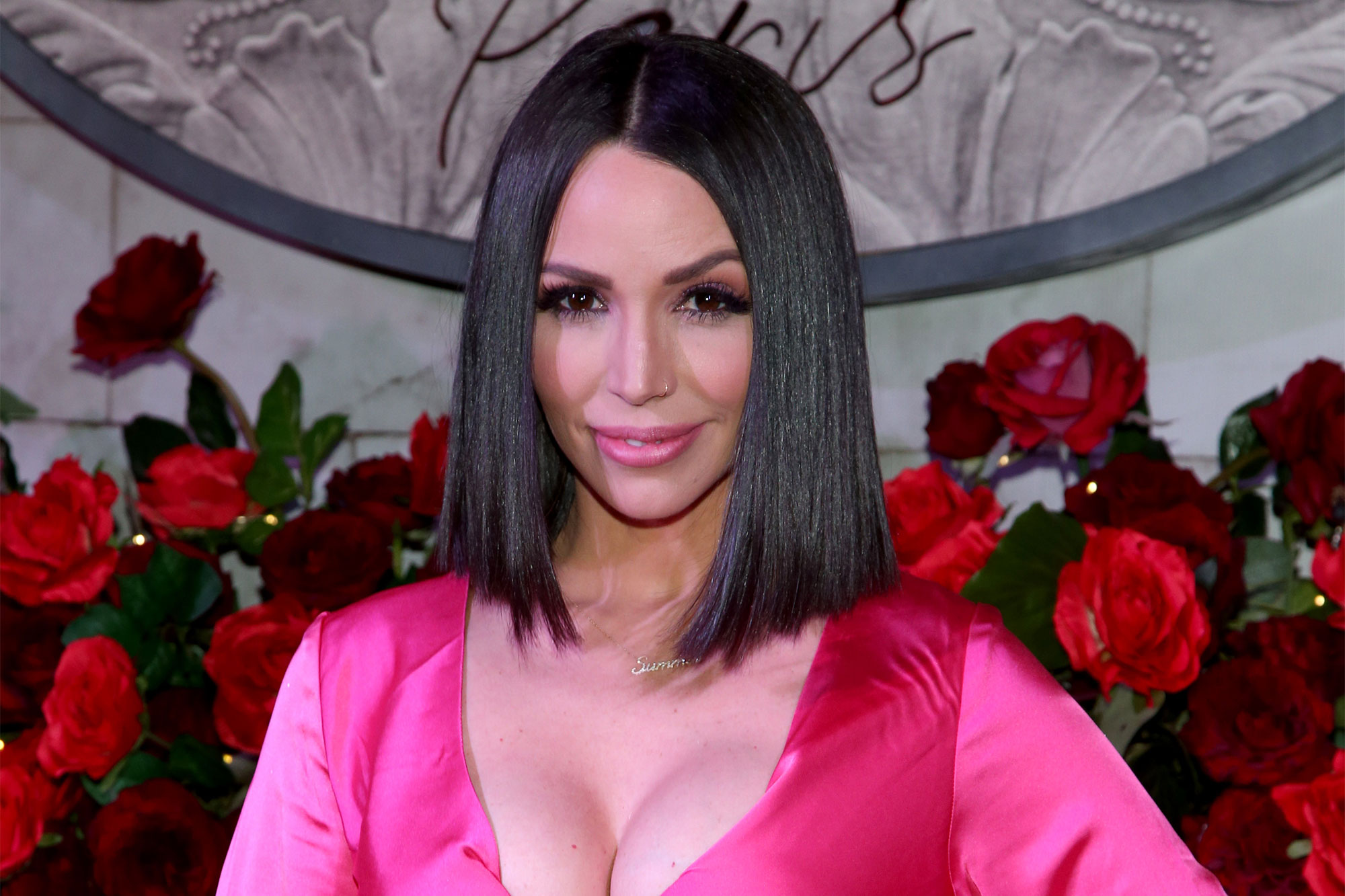 “Scheana was originally supposed to go, but at some point she got disinvited,” a source exclusively told Page Six. “All she knew was that it was for ‘budget reasons,’ although it didn’t really seem like she was buying it.”

Schroeder’s longtime pal and former Bravo co-star Kristen Doute was also not in attendance. However, Doute, 39, clarified via social media that she wasn’t there because she had already committed to another wedding happening at the same time in the States. 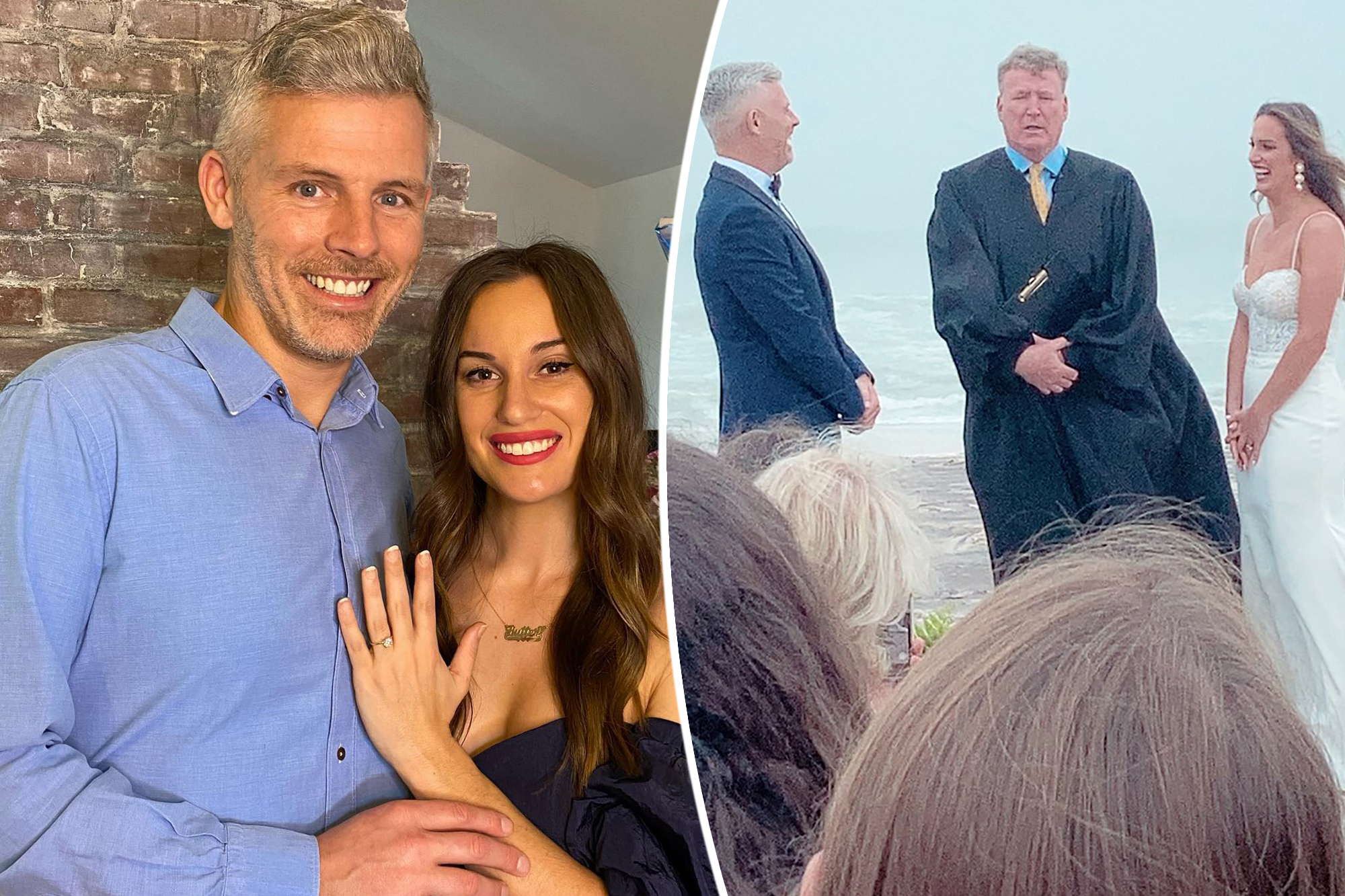 Meanwhile, Katie Maloney and Tom Schwartz witnessed Schroeder, 33, and Clark, 42, exchange vows — and appeared to be getting along in Instagram videos despite their ongoing divorce.

Clark — who began dating Schroeder in 2018 — proposed to the “Off With My Head” author by getting down on one knee at a graveyard in July 2019 in front of Bravo cameras.

Though the couple hoped to tie the knot on “Pump Rules,” Schroeder was fired from “Vanderpump Rules” in June 2020 after falsely accusing then-co-star Faith Stowers — the show’s only black cast member at the time — of robbery in a 2018 police call. 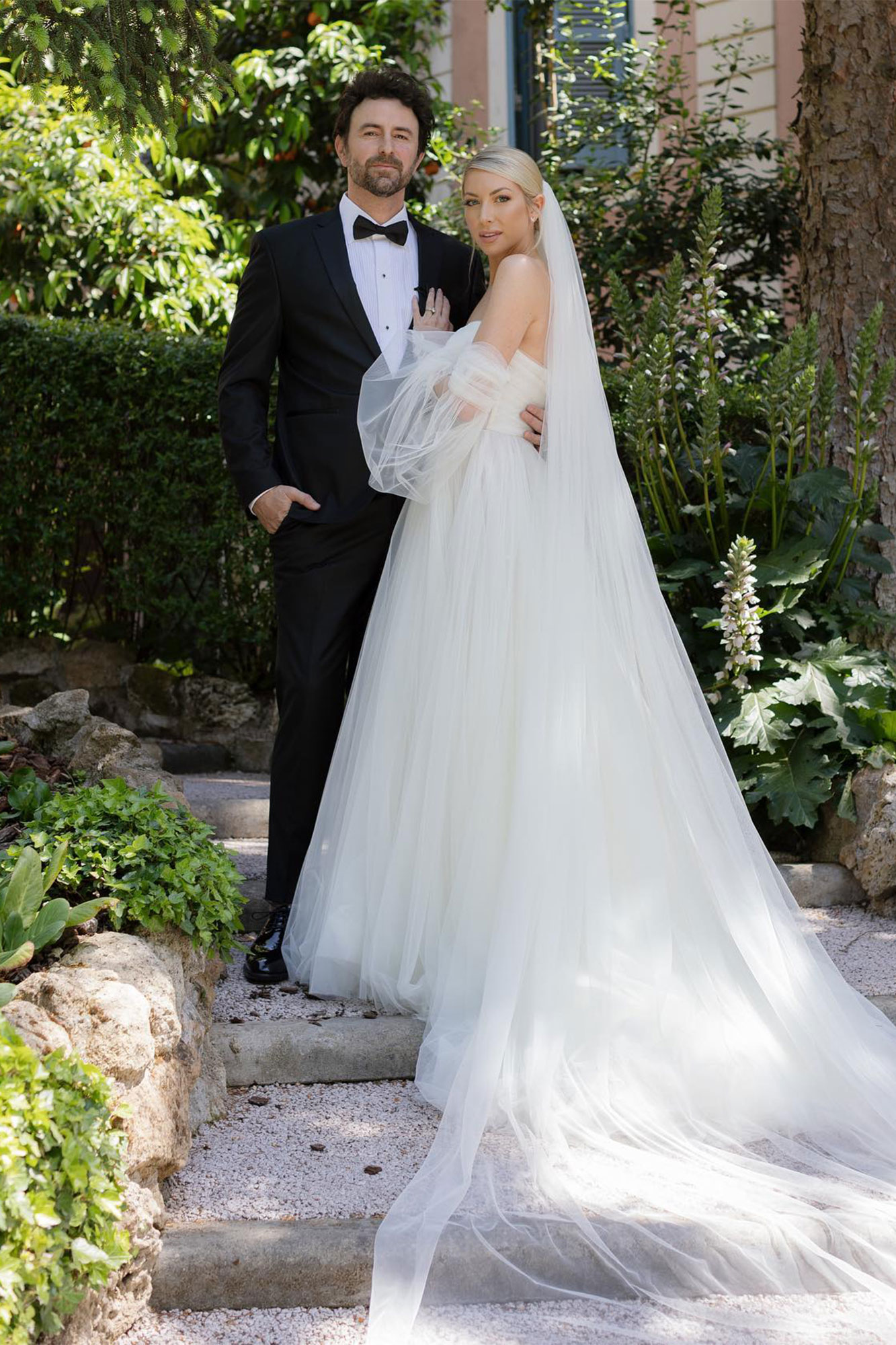 Doute was also terminated for participating in the offense. They both issued apologies.

Bravo announced this week that “Pump Rules” has been renewed for a 10th season.