Home » Lifestyle » SARAH VINE: Our fear of being branded bigots left us with a killer

SARAH VINE: It’s our fear of being branded bigots that has left us with a double killer in a children’s classroom – and rapists in women’s jails

Last year, when the then Home Secretary Priti Patel put forward the idea of using biological testing — such as dental X-rays, MRI scans and DNA sampling — to verify the ages of migrants suspected of lying about their age, she received the usual barrage of abuse from the Left.

It was unethical, inhumane, cruel and humiliating: just another attempt by a bigoted Government to vilify defenceless, marginalised and vulnerable people who had surely suffered enough.

Pressure groups have since poured even more scorn on the idea. Earlier this month, the scientific advisory committee tasked with considering these changes told ministers and officials that no test could predict a person’s age ‘with precision’.

Furthermore, the committee claimed, the ‘use of biological assessments in addition to social worker interviews could increase distress’. 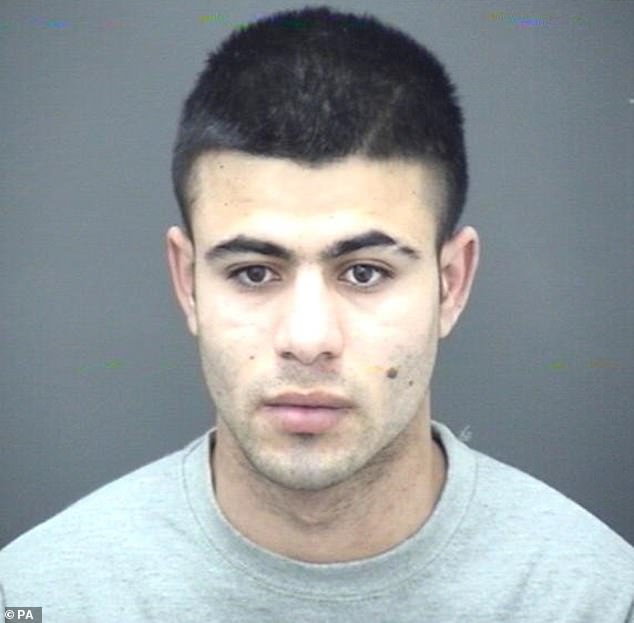 SARAH VINE: You know what else might cause ‘distress’? The idea that a fully-grown man, a drug dealer and convicted double killer, could dupe social workers into thinking he was a 14-year-old boy. Pictured: Lawangeen Abdulrahimzai

You know what else might cause ‘distress’? The idea that a fully-grown man, a drug dealer and convicted double killer, could dupe social workers into thinking he was a 14-year-old boy and end up being placed in foster care for 18 months, attending school alongside vulnerable children, before stabbing an innocent man — Thomas Roberts, a DJ and aspiring Royal Marine — to death in a drunken fit of rage over a stupid e-scooter.

That causes me considerable distress — and just imagine the pain and anguish of Thomas’s loved ones.

Yet while I understand how trying it might be for genuine asylum seekers to have to prove their case, it’s also not the Government’s fault that people such as Lawangeen Abdulrahimzai, the scumbag in question, exist.

Indeed, if anything, it’s the Government’s absolute responsibility to protect the public from people like Abdulrahimzai: those who game the asylum system and ultimately do terrible harm to others.

And yet, whenever ministers try to do something about this, they are shot down by bleeding-heart liberals more interested in virtue-signalling their own woke credentials than tackling the realities of the situation, which is that people can and do take advantage. Not all the time, but in sufficient numbers to be a threat.

Had this man not got away with claiming that he was a minor, his fingerprints would have been checked against police databases, exposing his previous rejected asylum claims in Norway and Italy. Instead, not only was he allowed to remain in Britain, he was put in foster care and sent to school.

Great. Because that’s just what every Year 10 parent wants, isn’t it? For their child to be sitting in class alongside a violent double murderer. Unsurprisingly, Abdulrahimzai caused havoc, harassing his female classmates for indecent pictures and beating up other pupils. 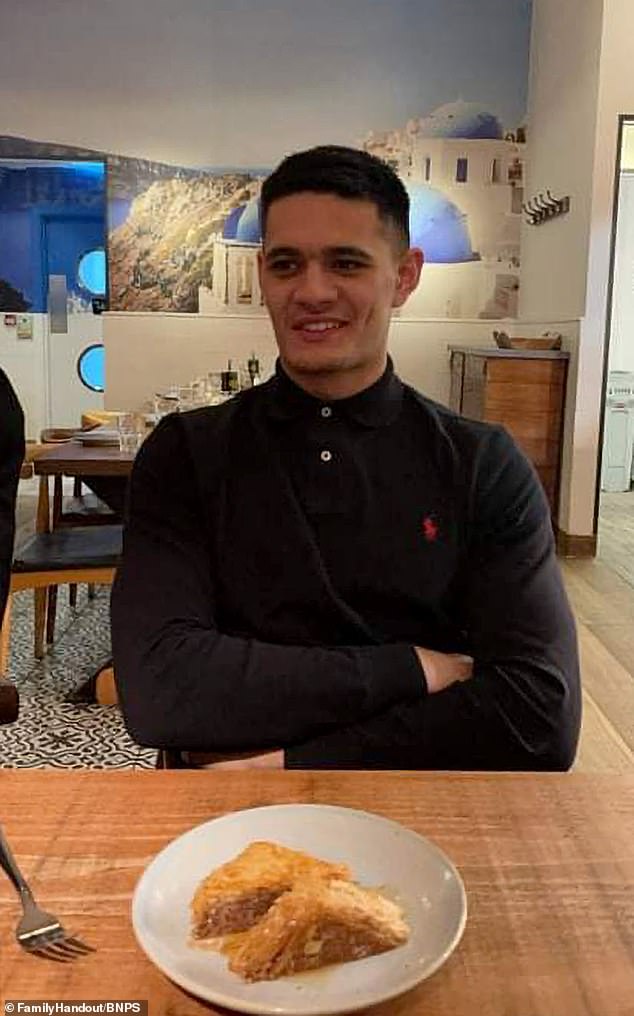 Abdulrahimzai stabbed an innocent man — Thomas Roberts (pictured), a DJ and aspiring Royal Marine — to death in a drunken fit of rage over a stupid e-scooter

The mother of one boy he attacked said: ‘The kids were petrified of him and knew he was much older than he was pretending to be.’ Even the experienced foster carer charged with looking after him said she had ‘no choice’ but to accept that he was 14, despite the fact he displayed the attitude and aggression of a much older person. With hindsight, it’s clear that a fair few people clocked what was going on. And yet nothing was done.

Of course not. People are too scared. Not just of Abdulrahimzai himself, but of being branded a bigot, or racist, for daring to suggest that someone presenting themselves as a victim — in Abdulrahimzai’s case, of the Taliban — could be anything other than authentic.

As a society, we’ve become so terrified of invoking the wrath of the armies of the woke that patrol our institutions and social media — from the civil service to your local neighbourhood group — that many people are afraid to speak up.

A few years ago, for example, a woman on my ward committee in London voiced concerns about a group of migrants — all men who appeared to be in their early 20s or 30s — who were being housed by the Home Office in a local hotel.

Some of them were hanging out in the local park, smoking drugs; a number of women had said they felt anxious walking past. One claimed she had even been propositioned.

On one occasion, several residents had witnessed one of them flying into a rage, kicking the door of the hotel, smashing the glass and screaming abuse at the staff. He was angry, apparently, because his Home Office application had been delayed. Her concerns were immediately dismissed by others in the group, who all but accused her to her face of being racist. They were all, we were informed, ‘lovely people’.

When I raised the issue privately with a local councillor, he told me it was simply impossible for him to pursue the matter.

In other words, he was too scared. And I can see why. If that had been a group of white scaffolders, no problem. But asylum seekers? No way.

Fortunately, in that case nothing serious ever came of it. But the errors surrounding Lawangeen Abdulrahimzai ultimately cost an innocent man his life.

According to Home Office figures, about 20 per cent of the 14,000 or so people who said they were unaccompanied children while claiming asylum in the UK between January 2018 and March 2022 were later found to be adults.

That’s almost 3,000 people, mostly men. Many of them might indeed be ‘lovely’. Then again, among them could also be another Abdulrahimzai.

Last week, when the Scottish Secretary blocked the SNP’s gender-recognition legislation, which would allow anyone over the age of 16 the right to self-identify as the opposite sex and gain access to female-only spaces, there was fury from MPs and pressure groups claiming it was a vicious attack on trans people. 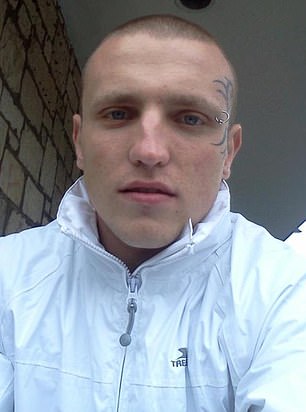 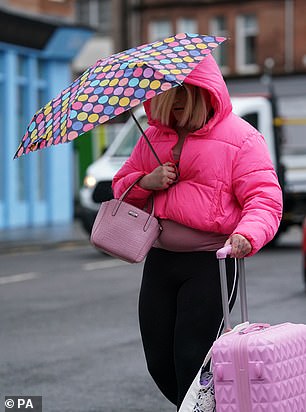 Convicted sex attackers who wind up in jail and, lo, suddenly decide to transition so they can be moved to women’s wards. Left is Isla Bryson before transitioning; right is her arriving at the High Court in Glasgow on Monday

The Labour MP Rosie Duffield was insulted and heckled in Parliament. Twitter went nuts. There were even people brandishing banners in Scotland urging ‘decapitate Terfs’ — the slur aimed at feminists standing up for women’s rights.

The argument was very similar to the one around asylum seekers: how can you subject people who have already suffered as victims to more distress?

Why should trans people — and trans women in particular — have to ‘prove’ themselves in order to be treated as equals? That’s transphobia.

I agree: it’s awful. The vast majority of trans women are no threat whatsoever to other women; indeed, I have no problem sharing a space with them. Of course they should be accepted and treated with respect.

But they’re not the issue here. The issue is a small number of ill-intentioned people — aided and abetted by populist, half-wit politicians such as Nicola Sturgeon and Keir Starmer — appropriating a trans identity to gain access to women-only spaces, where they then use their superior physical strength to target vulnerable women.

Convicted sex attackers who wind up in jail and, lo, suddenly decide to transition so they can be moved to women’s wards.

There are far too many examples of such individuals, people who are not sincere, just dangerous opportunists.

Just as there are far too many examples of child refugees who turn out to be neither children nor refugees, just wily criminals exploiting the system.

The sad truth is that, human nature being what it is, such people do exist. And it is the job — indeed, the duty — of Government and legislators to root them out.

Whether they’re a double-murderer claiming to be an innocent child or a sex offender surfing the woke wave to enjoy better treatment in prison, the public deserves protection.

It’s not unreasonable to expect a few basic boundaries to be properly enforced, nor is it racist or transphobic.

The Government’s first duty is to the law-abiding majority. If that makes me a bigot, so be it.

We must all stand our ground on this one.

No wonder Rishi Sunak is thinking about raising the retirement age to 68: we learned this week that over half of households get more from the state than they pay in tax.

Someone’s got to pay for all those handouts and, as ever, it looks like its going to be the ever-shrinking pool of people still actually prepared to get out of bed in the mornings. What mugs, eh? 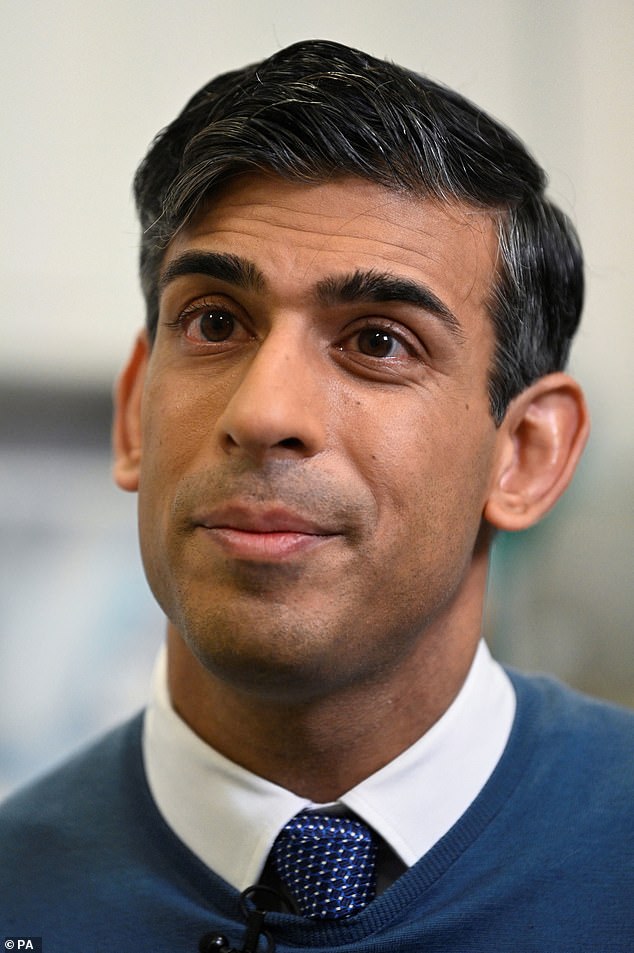 No wonder Rishi Sunak is thinking about raising the retirement age to 68: we learned this week that over half of households get more from the state than they pay in tax

The opening of the world’s newest ‘ultra luxury’ hotel, Dubai’s Atlantis The Royal set a new standard in VDWs (Vulgar Displays of Wealth), featuring a 73 minute-long performance from Beyonce for which she was reportedly paid £19 million.

Interesting. Dubai, of course, has strict laws against same-sex relationships; Beyonce, by contrast, likes to style herself as a friend and supporter of the LGBTQ etc community.

So which is it, Mrs Carter? Or has the world just learned your price?

Boris Johnson has been mocked in the usual quarters for visiting Ukraine, but the truth is Putin is counting on the world losing sight of the situation so he can press ahead with his genocidal plan.

Boris could very easily be lounging around at home, eating metaphorical lime creams and penning his lucrative memoirs.

The fact that he’s out there reminding us all of what’s at stake can only be to his credit as far as I’m concerned. 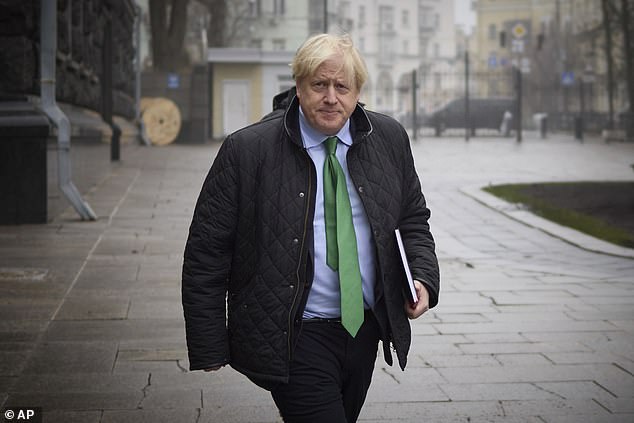