Going into 2022 thinking of Betty White. Sandra Bullock spoke out after her Proposal costar died at the age of 99 on Friday, December 31.

Secrets to a Long Life: Betty White’s Best Quotes About Aging in Hollywood

“I don’t drink vodka … but I will tonight, on ice, with a slice of lemon with a hot dog on the other side and just be OK being sad,” the 57-year-old actress told People. “I’ll have to buy some rose-colored glasses because Betty was that for all of us.”

Earlier on Friday, White’s agent and friend, Jeff Witjas, confirmed her passing in a statement. 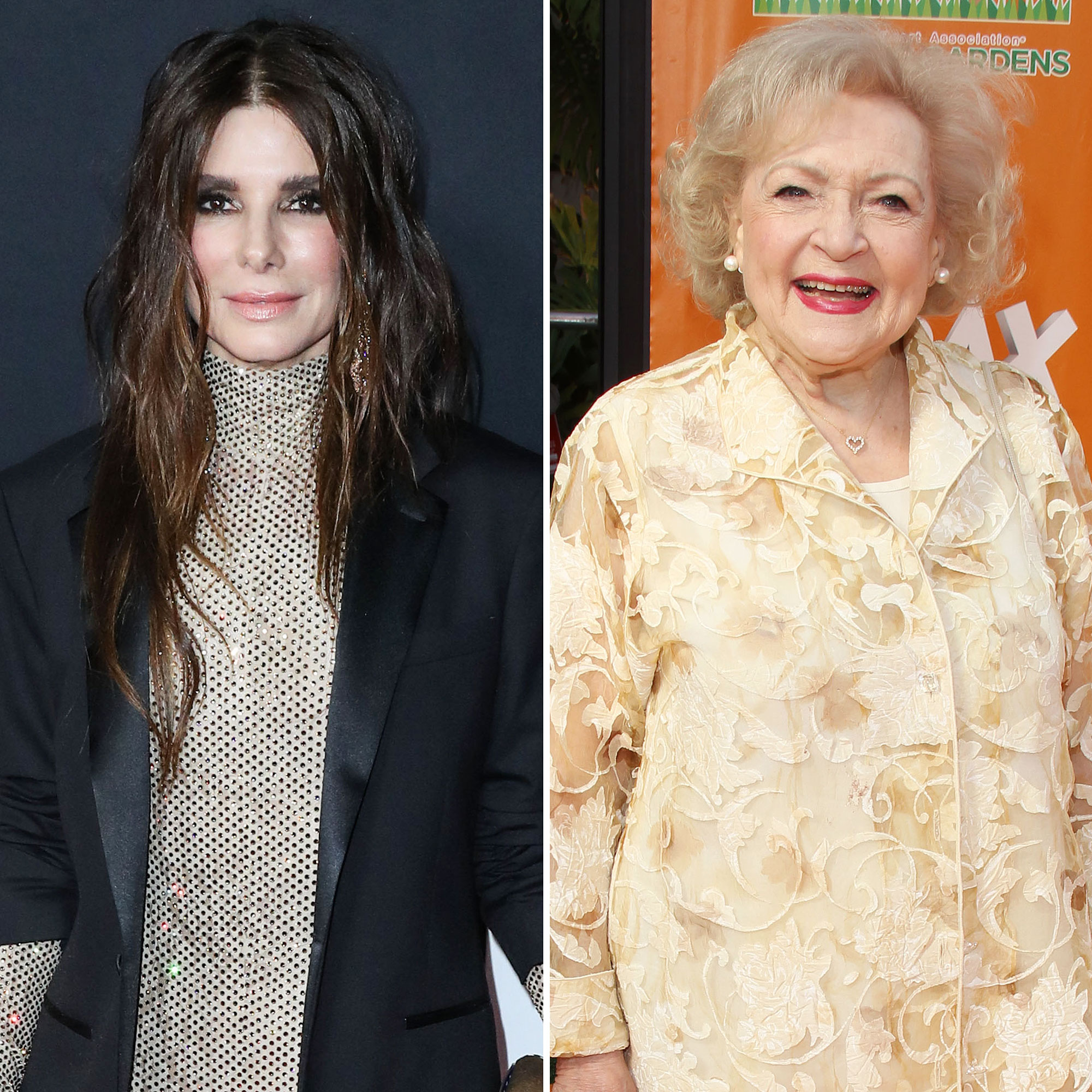 “Even though Betty was about to be 100, I thought she would live forever,” he said. “I will miss her terribly and so will the animal world that she loved so much. I don’t think Betty ever feared passing because she always wanted to be with her most beloved husband Allen Ludden. She believed she would be with him again.”

The Los Angeles Police Department subsequently told Us Weekly that police were called to White’s home at 9:37 a.m. local time, adding, “It appears to be natural cause of death with no evidence of foul play.”

Among White’s 121 IMDb credits is the 2009 rom-com The Proposal, which also starred Ryan Reynolds, Mary Steenburgen and Craig T. Nelson. The Deadpool star was quick to pay tribute to White on Friday.

“The world looks different now. She was great at defying expectation,” the 45-year-old actor tweeted. “She managed to grow very old and somehow, not old enough. We’ll miss you, Betty. Now you know the secret.”

Both Bullock and Reynolds have expressed their love for White over the years, teaming up to wish her a happy 98th birthday in 2020.

“From Sandy who loves you more than Ryan,” the Blind Side star said in the clip.

Reynolds then interjected, “From Ryan who loves you so much more than Sandy. … What does Sandy do, did she, like, show up and hand-deliver flowers to you and wear nothing but black socks and a dozen gold bracelets just like you requested? Doubt it.”

One year later, ahead of her 99th birthday, White’s rep told Us Weekly exclusively that she was in “good health and spirits” as she followed coronavirus guidelines.

“Crossword puzzles are no match for Betty,” her rep told Us in December 2020. “She reads a number of newspapers, watches select television and gets a lot of exercise in her home walking up and down bedroom stairs.”

More recently, she told Entertainment Tonight that she was “amazed” by the thought of turning 100 next month.

“No, seriously, I’m the luckiest broad on two feet to be as healthy as I am and to feel as good as I do!” she said on Wednesday, December 29.