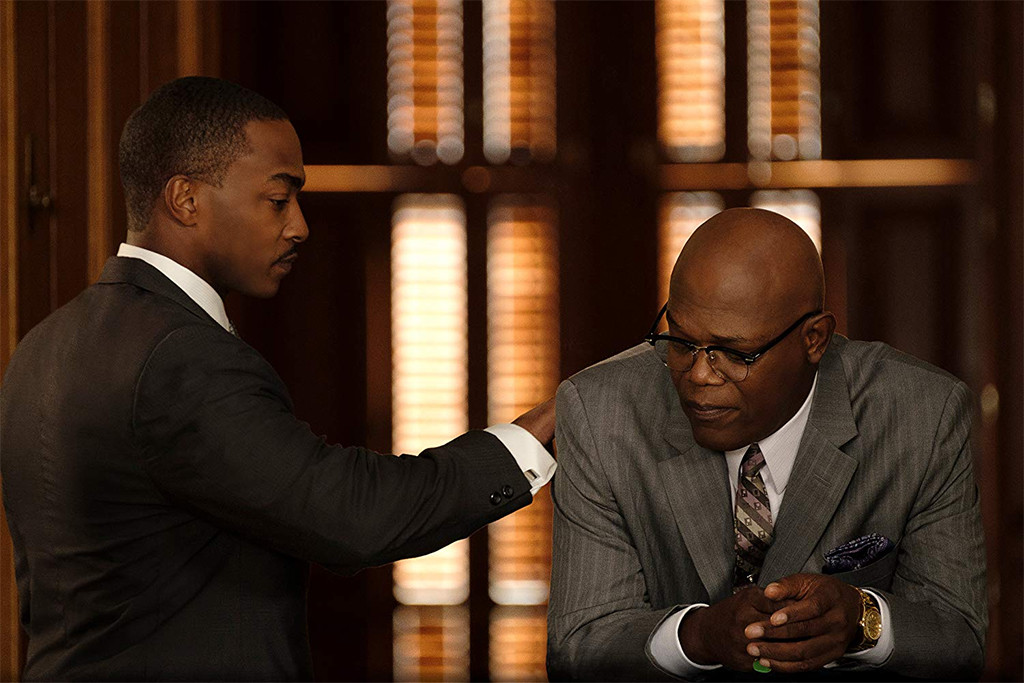 Apple has canceled Thursday’s Los Angeles premiere of its first major film, The Banker, starring Samuel L. Jackson and Anthony Mackie, following sexual abuse claims made against the son of one of the movie’s real-life characters.

The tech giant did not address the allegations, only saying in a statement to multiple outlets, “Last week some concerns surrounding the film were brought to our attention. We, along with the filmmakers, need some time to look into these matters and determine the best next steps.”

The Banker is based on a true story and takes place in the 1960s. Jackson and Mackie play two black entrepreneurs, Joe Morris and Bernard Garrett, who hired a white man to be the face of their successful real estate and banking business.

The real Garret Sr.’s son, Bernard Garrett Jr. is accused of sexual abuse. His two younger half-sisters, Cynthia Garrett and Sheila Garrett, recently told Apple that when their half-brother was younger and living with them, he molested them over the course of a few years, The Hollywood Reporter said, adding that he has not commented on their claims.

Neither they nor Garrett Jr. are included as characters in the movie. He did, however, serve as a consultant during production, according to Deadline. Garrett Jr. also helped promote the movie at a November 5 event.

The Banker was scheduled to premiere at the American Film Institute’s annual festival this week, and the movie has started to generate Oscar buzz.

“We purchased The Banker earlier this year as we were moved by the film’s entertaining and educational story about social change and financial literacy,” Apple said in its statement. The Banker is still scheduled to be released in theaters on December 6.

The film is also set to debut on Apple TV+ in January, The Hollywood Reporter said.