Ciara and Russell Wilson launch fragrances inspired by their love

Russell Wilson celebrated younger sister Anna Wilson on Sunday after her basketball team at Stanford University defeated the University of Arizona for the national title.

The Seattle Seahawks quarterback posted a photo of his 23-year-old sister posing with the NCAA championship trophy.

“I Love You Anna Wilson. I Love You Champ.
@awilly03,” he continued.

“So beautiful. You deserve it all @awilly03,” the 35-year-old singer posted to her Instagram Story. “Dedication & Hard work pays off! National Champs! @stanfordwbb.”

Anna, who stands at 5-foot-9, is a fifth-year guard with a major in art practice.

In Stanford’s 54-53 win over Arizona on Sunday, Anna had five points and three assists.

Last spring, Anna opened up about her relationship with her older brother in a personal essay for ESPN, saying they’ve “gotten much closer” as she got older.

“And I feel like his shadow, for me, has dissipated. I don’t feel like I’m living in it as much as I was in the past. I feel like I’m very much my own person now, following my own path,” she shared at the time. 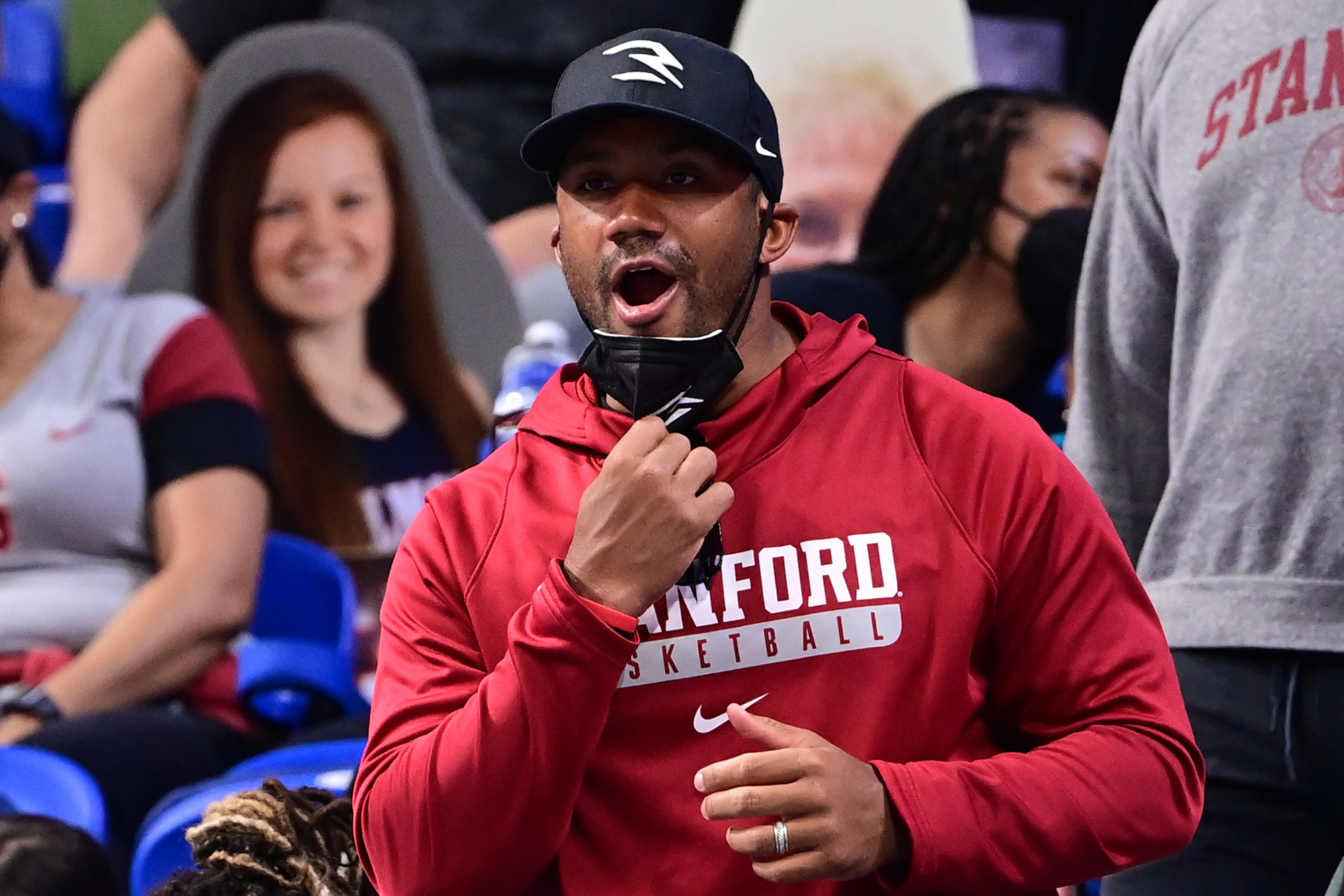 Russell, who won a Super Bowl championship with the Seahawks in 2014, has been cheering for Anna throughout the March tournament. Last week, he congratulated her after Stanford advanced to the Final Four.

On Friday, Russell watched as Stanford punched its ticket to the championship with a 66-65 win over South Carolina.

The Wilson family has had much to celebrate already in 2021. In February, Russell received the Walter Payton NFL Man of the Year Award at the NFL Honors.