RICHARD LITTLEJOHN: Sending the Nonce Finder General to the Lords shames Keir Starmer… I had visions of Tom Watson leading a torch-lit procession along Whitehall

Just when you thought British politics couldn’t sink any lower, the odious Tom Watson is about to take his seat in the House of Lords.

He has been nominated by Keir Starmer, someone who likes to pose as a pillar of moral rectitude. Yet Starmer has put into the Upper House one of the most malignant, malevolent individuals ever to soil public life in this country.

The Labour leader is unrepentant. Questioned by Nick Ferrari on LBC Radio yesterday, he heaped praise on Watson.

‘Tom has been a long, long, faithful servant of politics and achieved many things in his life. He has a lifetime of contribution to this country and the House of Lords is where he will continue that work,’ he said.

And Starmer is the man who has the gall to claim he will restore decency and propriety to Parliament. As the late John Junor, formerly of this parish, used to remark: Pass the sick bag, Alice.

Let’s examine Watson’s exemplary life’s work and what he’s achieved, starting with the destruction of the lives and reputations of a number of blameless, prominent politicians and public servants, whom he dragged through hell — wrongly accusing them of the most monstrous crimes imaginable. 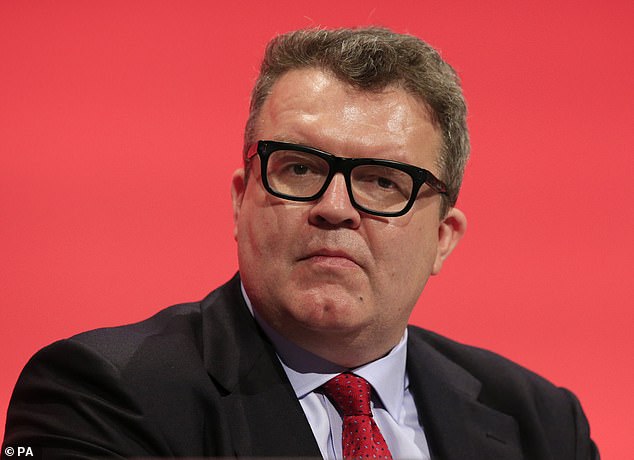 Just when you thought British politics couldn’t sink any lower, the odious Tom Watson (pictured) is about to take his seat in the House of Lords

Ten years ago, almost to the day, I dubbed Watson the ‘Nonce Finder General’. He had just embarked on a deranged crusade to smear leading Tory politicians as child rapists and murderers.

I had visions of Watson leading a torch-lit procession along Whitehall, rounding up the guilty men and dragging them off to the stake, like a medieval witch-hunter.

Under cover of parliamentary privilege, which meant he couldn’t be sued for remarks he made in the House, Watson claimed to have evidence of a top-level Conservative paedophile conspiracy dating back decades to 10 Downing Street under Mrs Thatcher.

He made wild, unsubstantiated allegations of sex abuse at a North Wales children’s home, which sparked a media frenzy and emboldened soppy Sally Bercow, wife of the then Speaker, to name on Twitter the Tory peer Lord McAlpine as one of those responsible.

There wasn’t a scintilla of truth in these lurid accusations and McAlpine successfully sued for defamation both Mrs Bercow and broadcasters stupid enough to repeat these vile slurs. He was not in the best of health when these false allegations were levelled and died a year later. Who can tell whether this disgraceful assault on his reputation hastened his death?

Watson hadn’t named McAlpine but he did light the blue touchpaper. The subsequent fallout did nothing to discourage him from pursuing his witch-hunt. He was soon back in the saddle, flaming torch in hand, widening the scope of his Inquisition.

Watson wrote to then PM David Cameron demanding a full investigation and warning that anyone who counselled caution about his claims was a ‘friend of the paedophile’ — a classic case of trying to establish guilt by association. He badgered Scotland Yard and the Crown Prosecution Service into pursuing his claims, snaring a number of innocent public figures in the process.

With the police still smarting from having failed to catch the predatory Jimmy Savile while he was alive, Watson was pushing on an open door. He said he had spoken to a man and woman who both claimed to have been raped by the former Home Secretary Leon Brittan decades earlier. 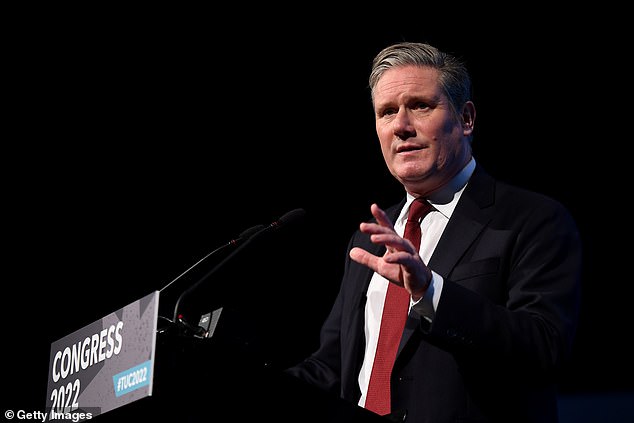 Mr Watson has been nominated by Keir Starmer, someone who likes to pose as a pillar of moral rectitude

My suspicion at the time was raised when it was revealed that one of the accusers was a Labour activist with a history of mental health problems. The other later admitted to police that he’d thrown in Brittan’s name ‘as a joke’.

But as far as the Nonce Finder General was concerned this was no laughing matter. Even though, in 2013, both the police and the CPS decided that there was no evidence to support the allegations, Watson put pressure on them to reopen the case, writing directly to Starmer when he was DPP.

At one stage, the Yard was effectively taking its marching orders from Watson, raiding the homes of Lord Brittan, the war hero Lord Bramall and Tory MP Harvey Proctor.

The cops set about expanding their net, appealing for ‘victims’ to come forward and treating every fairy story as ‘credible and true’.

During one of these outrageous, heavy-handed raids, an innocent young couple who lived in the same building as Proctor were threatened with having their three-year-old daughter taken into care — collateral damage in the self-appointed Nonce Finder General’s war on non-existent Tory sex crimes.

While the police behaved abominably, none of this would have happened without Watson’s muck-raking. After meeting serial sex offender and fantasist Carl Beech — aka ‘Nick’ — in 2014, Watson doubled down. He accused Brittan of being ‘as close to evil’ as any man could get. By then Brittan, too, had died and so Watson couldn’t be sued. 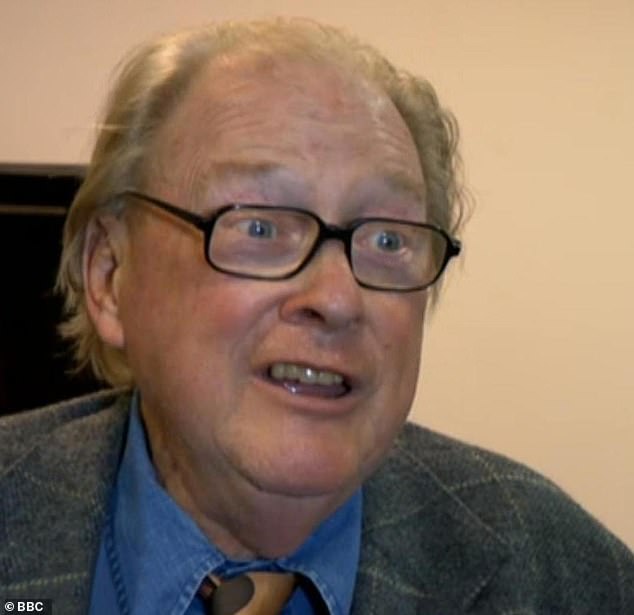 Watson made wild, unsubstantiated allegations of sex abuse at a North Wales children’s home, which sparked a media frenzy and emboldened soppy Sally Bercow, wife of the then Speaker, to name on Twitter the Tory peer Lord McAlpine (pictured) as one of those responsible.

The knee-jerk hysteria surrounding this witch-hunt even bounced then PM Theresa May into setting up a formal, far-reaching Paedos In High Places Inquiry, which after spending more than £100 million raking through the lives of men who had given their long careers to public service concluded there wasn’t a shred of evidence to justify any of it.

By then, it was too late. The lives and reputations of decent men and their families had been ruined. And still today, Watson has offered only a grudging, heavily qualified apology.

Not only that, but he has since claimed that he, too, was a ‘victim’ of Beech — even though he didn’t meet him until two years after he made his initial allegations.

This was the start of his ludicrous and undeserved rehabilitation, aided and abetted by sympathetic Labour-supporting TV executives and gullible journalists.

But before we get to that, let’s also examine some of Watson’s other ‘contributions’ to public life, as a loyal Labour MP. Tony Blair gave him a job as a junior minister, but within about ten minutes he was plotting to replace Blair with Gordon Brown.

As a prominent member of the Unite trades union, he was embroiled in a ballot-rigging scandal in Falkirk, before subsequently being exonerated by an internal inquiry. Watson then moved on to launch a campaign to shackle the free Press, bringing it under state control.

Despite being a Labour MP, he got into bed with the late Formula One boss Max Mosley, son of Oswald Mosley, leader of the British Union of Fascists. 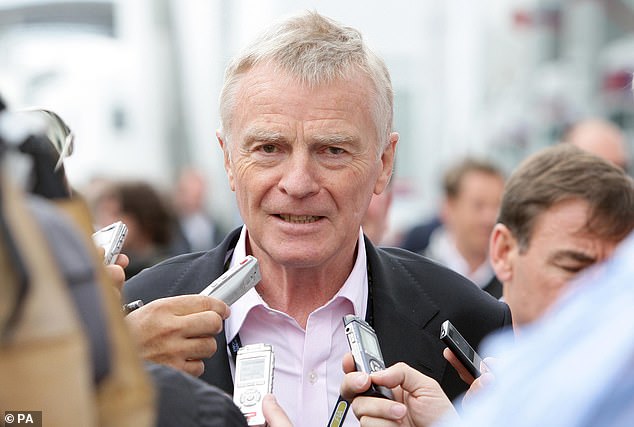 Despite being a Labour MP, Watson got into bed with the late Formula One boss Max Mosley (pictured), son of Oswald Mosley, leader of the British Union of Fascists

He accepted a £540,000 donation from Mosley, which he refused to pay back even after the Mail exposed details of his benefactor’s own dubious, racist past.

After being elected Labour’s deputy leader, with just 50.7 per cent of the vote, he moved heaven and earth to try to overturn the result of the Brexit referendum, in which 52 per cent voted Leave.

So we can add anti-democratic hypocrite to his list of ‘contributions’ to his country.

Watson cheerfully supported Corbyn virtually to the bitter end, before quitting Parliament when it became glaringly obvious he was going to lose his pro-Leave West Bromwich seat at the 2019 general election.

By then, Watson was carving out a new career as a daytime TV sofa celebrity and author, after shedding 7st on a strict diet. It was a case of having to, since he had been eating and drinking himself to death, with much of the bill charged to his Commons expense account. He spent so much on food at Marks & Sparks that they gave him a free pizza wheel.

Watson also managed to wangle a job as £70,000-a-year, two-days-a-week chairman of UK Music, much to the disgust of many respected figures in the industry — including Paul Gambaccini and Cliff Richard, who were both caught up in the sex crimes panic he did so much to fuel.

Two years ago, he was rejected by the Lords appointments commission. So what’s different now? Why do they, and Starmer, now believe the Nonce Finder General is a fit and proper person to grace the Upper House? 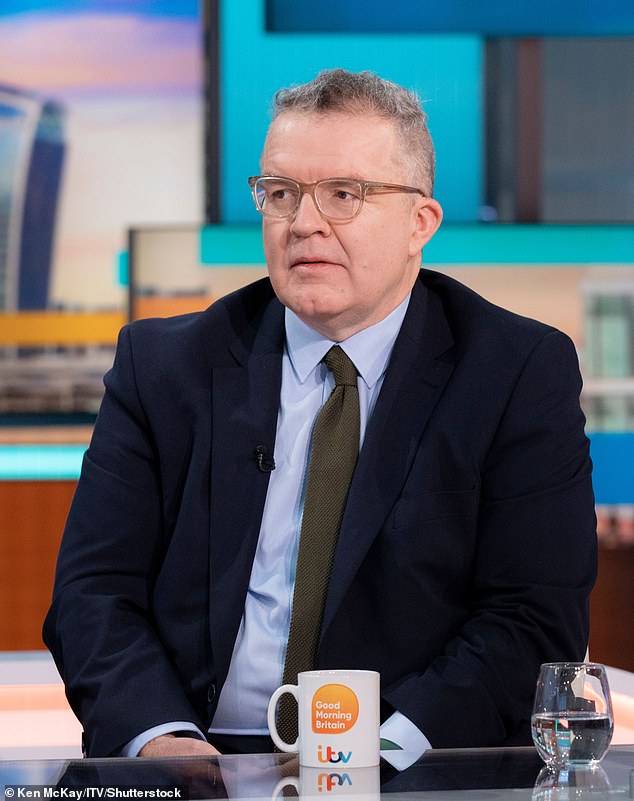 By then, Watson was carving out a new career as a daytime TV sofa celebrity and author, after shedding 7st on a strict diet

What uniquely qualifies him to sit in the same chamber once occupied by the likes of Bramall and Brittan, distinguished men he did his best to destroy? If Labour’s short of peers, I can think off the top of my head of any number of long-serving backbench MPs who deserve to be elevated and would do a decent job. Who is to say that having disgracefully abused parliamentary privilege before, Watson wouldn’t do it again?

Can Starmer give us that guarantee? He won’t even discuss whether or not a woman can have a penis.

Yesterday on LBC he wouldn’t answer a legitimate question from a listener who asked if wannabe Labour MP Eddie Izzard would be allowed on an all-woman shortlist. Starmer claims he can’t comment on individual cases, which is presumably why he is evading proper scrutiny of Watson’s peerage. With all the shenanigans in the Tory Party of late, this outrage has largely slipped under the radar.

Now that Dishi Rishi has been ushered into Downing Street, it gives us the opportunity to examine more closely how Starmer — sitting on a ridiculously large, unearned lead in the polls — would conduct himself in the event of him becoming our next Labour Prime Minister.

So much for posing as a beacon of morality. We should start by questioning his true reasons for putting the Nonce Finder General in the Upper House — someone ‘as close to evil’ as any politician can get.

And asking him, as a former Director of Public Prosecutions, whether he agrees with me that Watson should be sharing the blame with Beech, who is doing 18 years for perverting the course of justice.

Not picking up £323 a day attendance allowance, plus exes, while warming his new, smug, slimline backside on the padded benches in the House of Lords.