RICHARD LITTLEJOHN: Qu’est-ce que c’est Beaujolais en Swahili, Pierre? If British cream cakes can’t be sold in the EU without being vetted, then why shouldn’t we demand that French wine labels have to be certified by a linguist?

Not content with trying to block the export to Britain of Covid vaccines we have helped develop and paid for in advance, our ‘friends’ in the EU have a new target in their sights.

From April 21, British foods containing any trace of dairy products must have a health certificate signed by a vet before they can be sold in Europe.

The rule is aimed primarily at disrupting exports of popular cheeses such as Stilton and Cheddar, but will also hit everything from custard tarts to Victoria sponges destined for continental supermarkets. 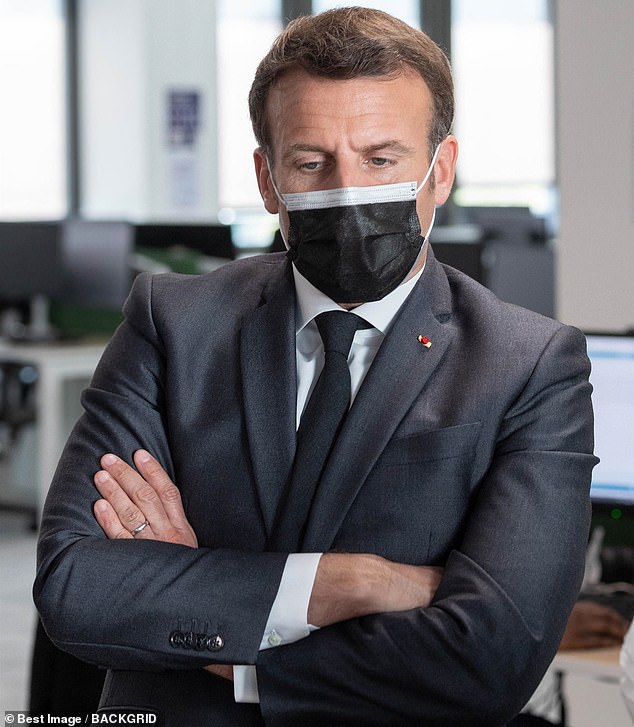 If British-baked cream cakes can’t be sold in the EU without being vetted by, er, a vet, then why shouldn’t we demand that the labels on French wine have to certified by a linguist? Pictured: President Emmanuel Macron

It’s just another insane example of the cynical depths to which the EU will sink to punish us for leaving.

Since British and European food standards are already aligned — and have been for decades — this kind of thing could have been sorted out in a heartbeat, given goodwill on both sides.

Sadly, there is no goodwill towards the UK from Europe, only festering resentment and a determination to do as much economic damage to post-Brexit Britain as possible.

The EU has erected byzantine bureaucratic barriers which have resulted in a catastrophic collapse in meat exports and left fish bound for shops and restaurants across Europe rotting on the quayside.

In its latest act of sabotage, Brussels has declared that it won’t accept any seafood from Britain’s ‘polluted’ coastal waters.

Yet these waters were considered perfectly ‘clean’ right up until midnight on December 31.

And they are the very same seas to which French and Spanish trawlers are demanding continued access.

Small businesses right across the board, not just in the food industry, are suffering. Many have given up even attempting to export to the EU because of the administrative aggravation and expense.

We should have seen this madness coming when laughing Dutch border guards confiscated a British lorry driver’s ham sandwich, with a cheery: ‘Welcome to the Brexit, sir.’

The ridiculous problems caused by the Northern Ireland Protocol are well documented.

Mechanical diggers from England have been turned back because of ‘non-regulation’ dirt on their tyres.

Sprouting potatoes and flowers can’t be sent across the Irish Sea because they were grown in the ‘wrong kind of soil’.

So it’s no surprise to learn that British-baked cream buns, chocolate eclairs and apple turnovers can’t be sold in Europe unless they have been inspected by a vet.

In the scheme of things, squabbling about cream cakes may seem a minor distraction when measured against the EU’s shameful attitude towards Britain’s successful Covid vaccine rollout.

Ursula von Undress and her henchmen are attempting to prevent exports of both the AstraZeneca and Pfizer jabs, currently being manufactured in European factories, reaching the UK.

Yet our Government seems reluctant to retaliate. Asked why Britain won’t impose the same restrictions on imports from the EU, Environment Secretary George ‘Useless’ Eustace told MPs that such action would be ‘entirely futile’. 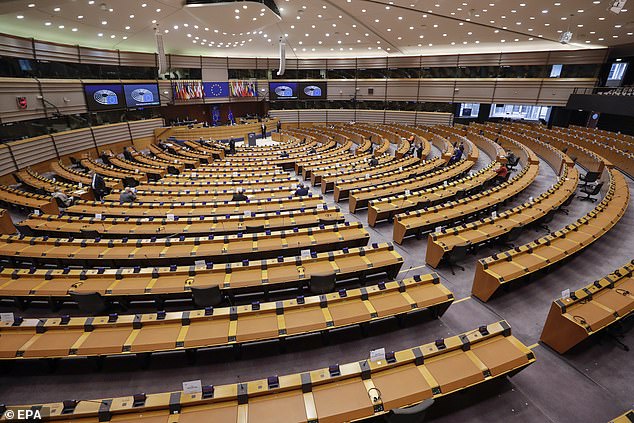 In its latest act of sabotage, Brussels has declared that it won’t accept any seafood from Britain’s ‘polluted’ coastal waters

Try telling that to farmers and fishermen facing ruin because of the EU’s bloody-minded intransigence.

Don’t forget that those who work in the fishing industry, in particular, are concentrated in constituencies which voted solidly for Brexit. Who could blame them for feeling a sense of utter betrayal?

Ministers dismiss all this as ‘teething problems’ and are confident of negotiating an acceptable settlement. Good luck with that.

Brussels has just come up with a fresh wheeze designed to slow down any resolution by insisting that no trade talks can go ahead until all relevant documents are translated into the 24 different official languages used across member states.

Two can play at that game. When it comes to translating official documents into dozens of different languages, Britain leads the world.

For instance, the recent census was made available in no less than 49 languages, many of them scribble. It is estimated that there are 300 different languages spoken in London.

All we have to do is declare that, while artificial trade barriers remain in place, nothing can be imported from the EU unless its description and instructions are written in all of those languages, complete with the correct punctuation.

That would make the Europeans sit up and take notice.

Imagine if BMW couldn’t flog a single 3-series in Britain unless the handbook came in 300 different languages —including Twi, spoken by people in Southern Ghana and Tagalog, spoken by Flower Pot Men.

If British-baked cream cakes can’t be sold in the EU without being vetted by, er, a vet, then why shouldn’t we demand that the labels on French wine have to certified by a linguist?

Let them get their heads round that. ‘Sacre bleu, Pierre. Qu’est-ce que c’est Beaujolais en Swahili?’

I’d give it about five minutes until they capitulate and trade starts flowing freely again.

Until then, let them eat croissants.

The Armed Forces may be slimming down as a result of defence cuts, but our soldiers will still have to be fighting fit.

Too many squaddies are considered to be overweight, if not obese. Army insiders say there are fears that the front line could end up consisting of ‘blokes in their 30s needing hip replacements’.

While modern warfare will see more personnel sitting in front of computers, controlling drones and conducting cyber campaigns, they’ll have to stay in peak physical condition.

In pursuit of that goal, the Army has decided to adopt ‘Premier League-style’ training methods. 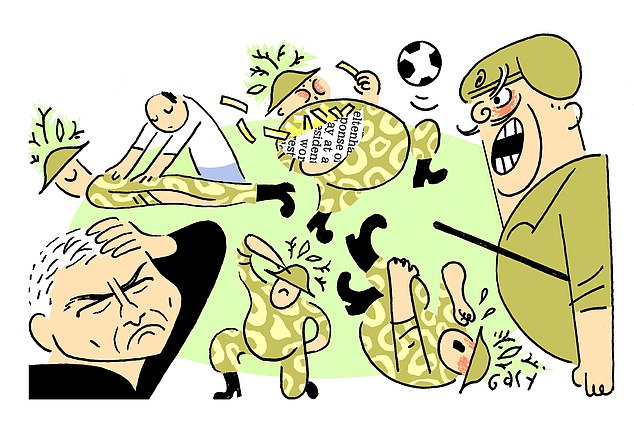 The Armed Forces may be slimming down as a result of defence cuts, but our soldiers will still have to be fighting fit

As Sergeant Wilson, from the Walmington-on-Sea platoon, might have wondered: ‘Do you think that’s wise, sir?’ We’re not talking trekking the Brecon Beacons in full kit, carrying a 100lb backpack.

At the first sound of gunfire, they’ll all tumble to the floor, clutching their faces and squealing like stuck pigs before retreating to the dressing room for a massage.

If they’re anything like Gareth Bale, currently back on loan at Spurs, they’ll spend most of their time in the sick bay until it’s time to saunter off to the golf course for a little light relaxation, despite the best efforts of disciplinarian Sergeant-Major Mourinho.

On Saturday, Simon Walters exposed how Carrie Symonds — aka ‘Er Upstairs — is clearing out of Downing Street any woman who may prove a temptation too far for hubby-to-be Boris.

Today, this column can reveal exclusively what a Carrie-approved line-up will look like. 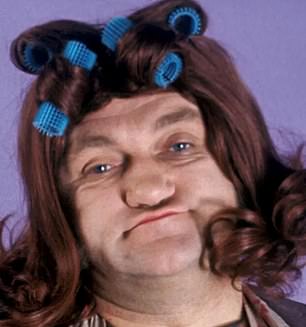 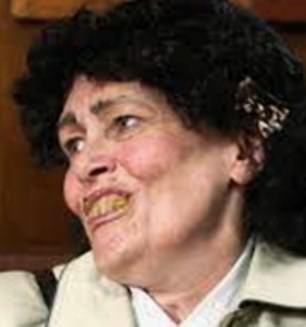 And where does this leave new No 10 spokesbabe Allegra Stratton? How long before she’s shunted aside in favour of Vicky Pollard?

Vicks is no kiss-and- tell, pole-dancing bimbo. And she’d soon see off any awkward questions about Boris’s private life from impertinent reporters.

Glad to know some of you are having more success than me booking your second jab.

If you’re still running into trouble, the Mail’s Rachel Ellis has the latest news on Page 40 today. Meanwhile, I’m persevering.

On Saturday, I was offered a slot in Raynes Park, South-West London, 16 miles from home, only to have it snatched away on Sunday morning.

That’s an improvement on Reading, an 80-mile round trip. It looks as if my jab has trundled along the M4 and is going the long way round the M25.

At this rate it might arrive somewhere near my home in North London in time for the next lockdown.