A new preview for the season 2 premiere of ‘Real Housewives of Salt Lake City,’ shows Jen Shah’s co-stars reacting to her arrest!

The second season of Real Housewives of Salt Lake City is expected to give an in-depth look into star Jen Shah‘s legal troubles, following her arrest for fraud. A preview from Bravo showing the beginning of the season shows the moment that the 47-year-old reality star was arrested. All of Jen’s co-stars seemed genuinely surprised, as they learned about everything that their fellow real-housewife was facing. Check out the whole video from Bravo HERE!

Jen was arrested on March 30 on wire fraud and money-laundering charges. While facing 30 years in prison, she pleaded not guilty on April 2. The video showed Jen and some of her co-stars in the back of a van, when she gets a shocking phone call. Jen looked clearly distressed, and she asked her co-stars to turn off her microphone while she stepped outside of the vehicle. She told her co-star Heather Gay that she had “bad news,” as she tried to find out what was wrong. “I just got a phone call, and I need to go,” she said. Shortly after Jen left, police pulled up much to her co-stars’ surprise. The cops let the RHOSLC cast know that they were looking for Jen.

As the other ladies on the trip, including Lisa Barlow and Jennie Nguyen stayed sitting for the ride, Whitney Rose was taped reading a news story about Jen’s arrest to the others. They all seemed shocked. “Real Housewives star charged in massive fraud money laundering scheme,” she read. “Her and Stu [Smith] were charged for stealing people’s money. Fraud.” Other clips showed cops presenting search warrants and Jen getting into a car, while reporters tried to interview and photograph her. 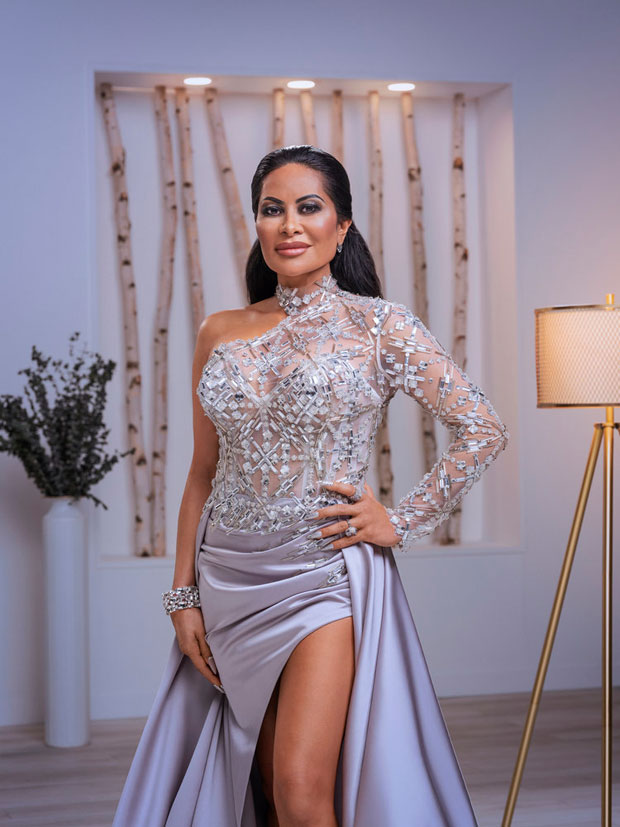 The clip also showed the other RHOSLC stars discussing what their plan should be, after Jen got arrested. Whitney warned about the consequences of the other ladies withholding information. “If we do not share what we know, we’re in danger,” Whitney said at one point. Before cutting to a clip of Jen and Lisa talking about marital issues, a montage of the women being interviewed about what they knew about their co-star for the show was shown.