Happy to be together! Peta Murgatroyd is grateful to be reunited with her husband, Maksim Chmerkovskiy, after he was stuck in Ukraine amid the Russian invasion.

“I never thought our family would be directly affected by this in our lifetime, I never thought what we are seeing on our TV’s was a reality in 2022. I have never hugged him so tight,” the New Zealand native, 35, wrote via Instagram on Saturday, March 5, alongside a snap of Chmerkovskiy, 42, cuddled up with their son Shai, 5. “Shaking and forever grateful. Now it’s time to heal. We cannot go back to our normal. Our lives are forever changed. We have a new normal, and that’s OK.”

She continued in her post: “Although @maksimc made it home, this DOES NOT mean we aren’t continuing our efforts to provide assistance to the Ukrainian refugees. We have big plans in store and our sole focus is on this war. ❤️” 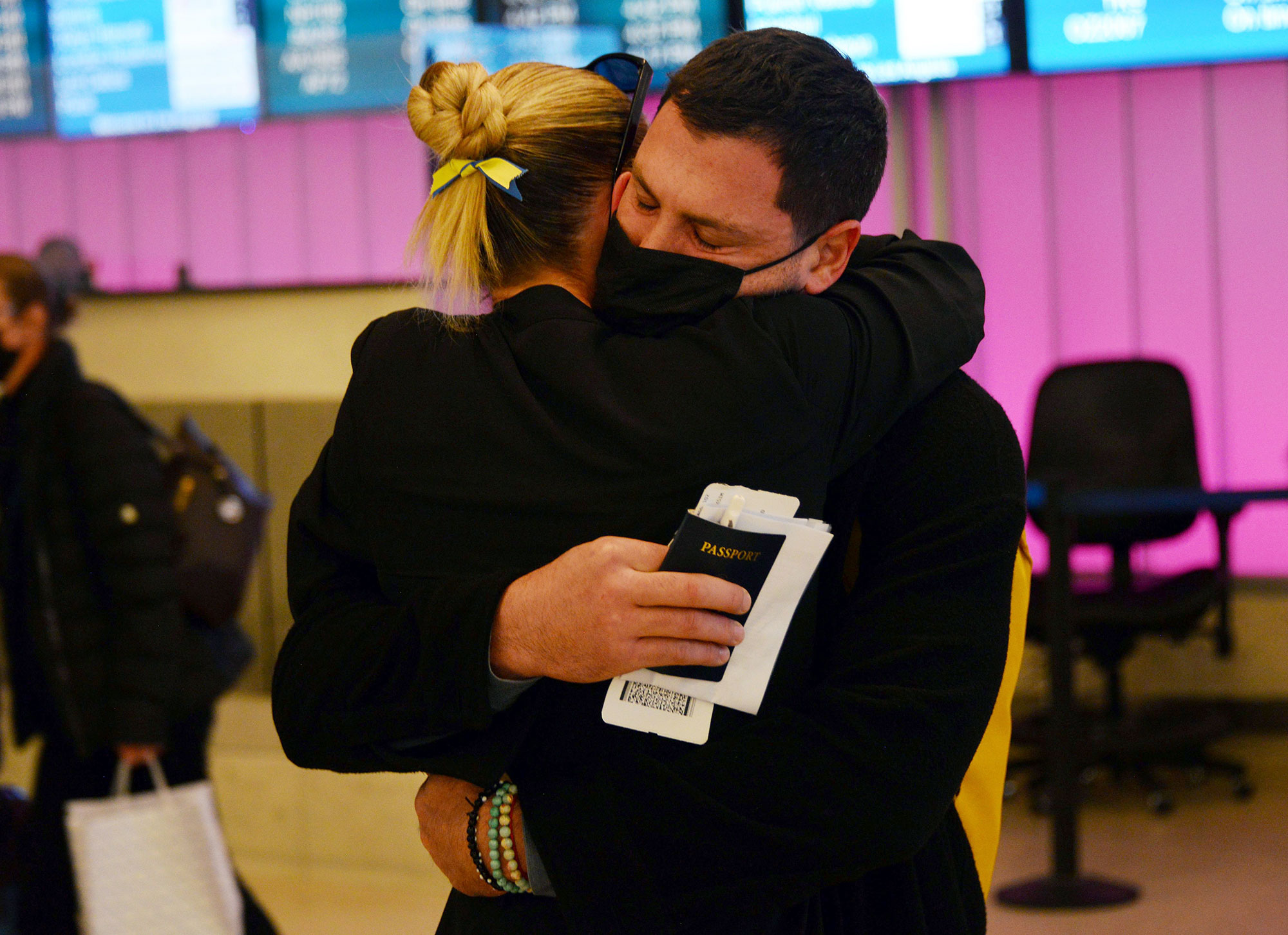 After the Dancing With the Stars pro dancer explained ways that her followers could give back amid the unrest, she thanked everyone for their prayers.

“Thank you from the depths of my soul for all the support and constant outpouring of love. I see everything and I am forever thankful. Xo,” Murgatroyd concluded her Saturday post. “GLORY TO UKRAINE 🇺🇦.”

Chmerkovskiy — who had been living part-time in Kyiv, Ukraine, to film World of Dance — previously opened his wartime experience last month after Russian troops began invading.

“Honestly, I’m getting really emotional. It’s been a little difficult. You know me, I stay strong. And I don’t show it, but I want to go back home,” the Masked Dancer alum explained in a February 24 Instagram video. “What I’m realizing is that my friends whose kids are here, whose moms, dads are here, and elderly people are here, they can’t just escape. I am not at this point someone who is pleading for someone else’s safety from a far distance, from a safe distance. I’m somebody who’s about to go into a bomb shelter because s–t’s going down.”

The Odessa, Ukraine, native’s wife has been equally emotional about the situation, asking her followers and loved ones for support and strength.

“Today is extremely hard and the next few days will be even harder,” the Peta Jane founder wrote via Instagram at the time. “Please play that he comes home soon. Please pray that he has a swift, safe exit. I have faith. I have hope and I have prayed so hard.”

Chmerkovskiy — who immigrated to New York with his family in 1994 — eventually left Ukraine via a Poland-bound train earlier this month before flying home to Los Angeles.

“I just don’t want to resent peace somewhere else because of what I just saw, that’s the reality. I don’t know really what to say right this second,” the Fuller House alum told Entertainment Tonight on Wednesday, March 2, moments after he and Murgatroyd emotionally embraced in the airport terminal. “The reason why Ukraine is standing right now is because of the Ukrainian people. And the fact that the entire world is helping.”