Parrot replaces scissors in this house

Life is a video game.

A nuthatch in the UK is being compared to one of the “Angry Birds” after it was captured looking uncannily like the perturbed protagonists from the popular video game, the Daily Mail reported.

“It’s quite amusing and just makes me smile,” wildlife photographer Will Hall told Kennedy News of his uproarious photo.

The viral snap depicts the songbird whizzing through the air with its wings tucked under and a fierce look on its face.

The grouchy look was accentuated by the nuthatch’s furrowed eyebrow-evoking markings, which led others to compare it to “a little superhero coming straight at you with a little black bandit or face mask,” said Hall.

The fotog had initially stumbled across the crotchety-looking creature while trying to snap kestrels in Otterbourne, a village in Hampshire, England. Anticipating that the bird was going to fly right at him, the fast-thinking photographer managed to shoot a single lucky frame.

“Most shots of birds in flight have their wings stretched out, but the way the nuthatch flies means they tuck in their wings on the downstroke,” explained the avian enthusiast, adding, “so it’s quite rare to get that ‘freeze’ moment.”

And while he didn’t manage to snap any kestrels, Hall dubbed the furious-seeming featherbag the best photo he’d gotten all day.

“It’s been nice to have an amusing photo that people like in quite a miserable time,” he said. 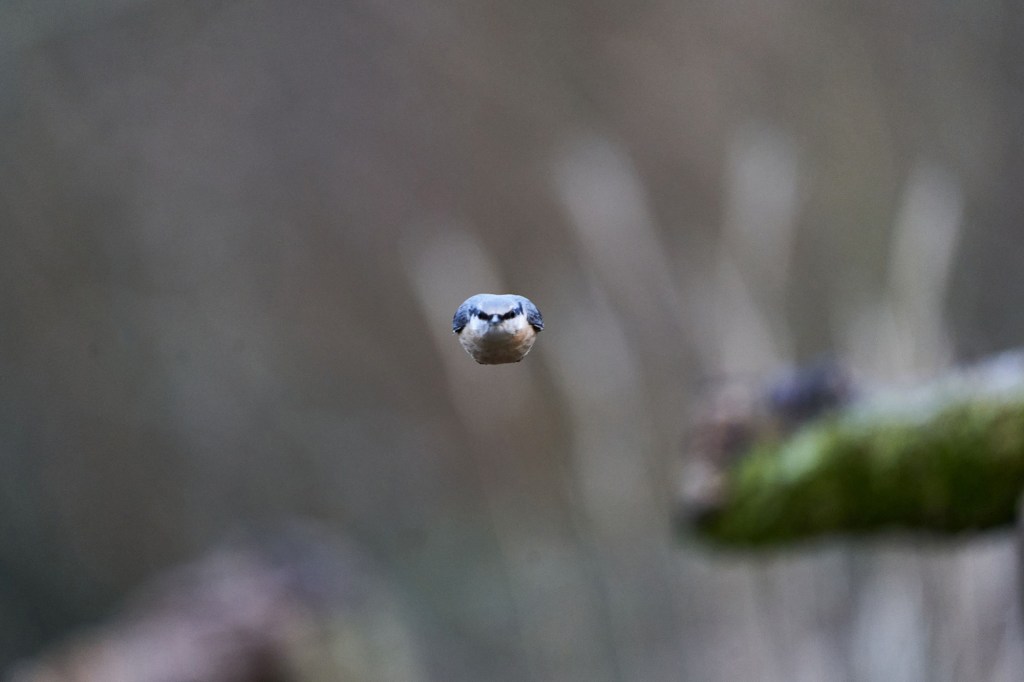 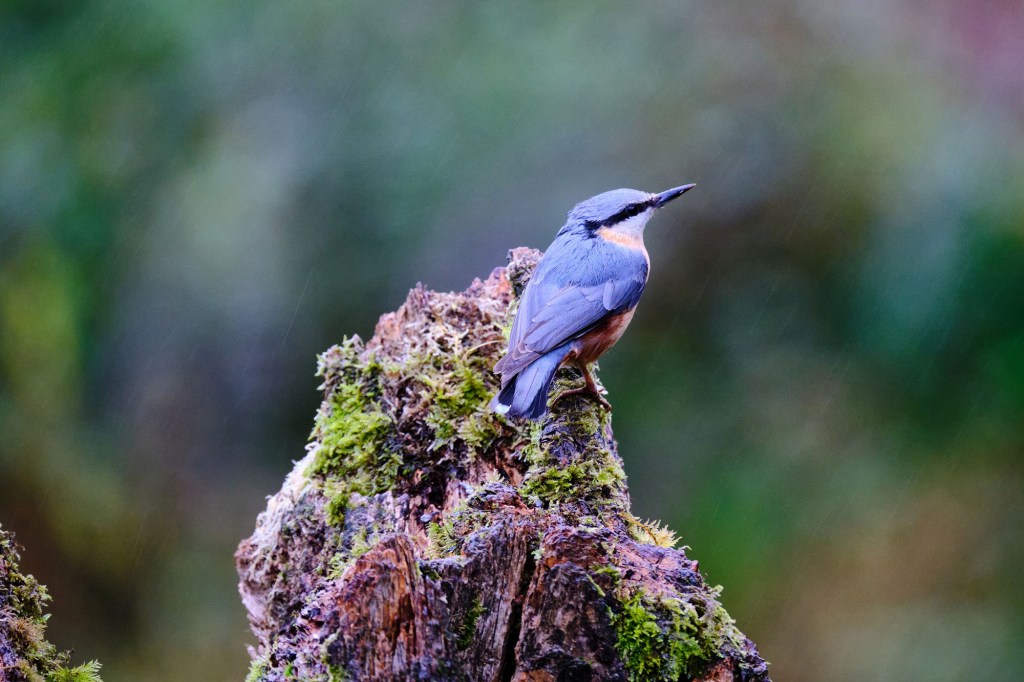 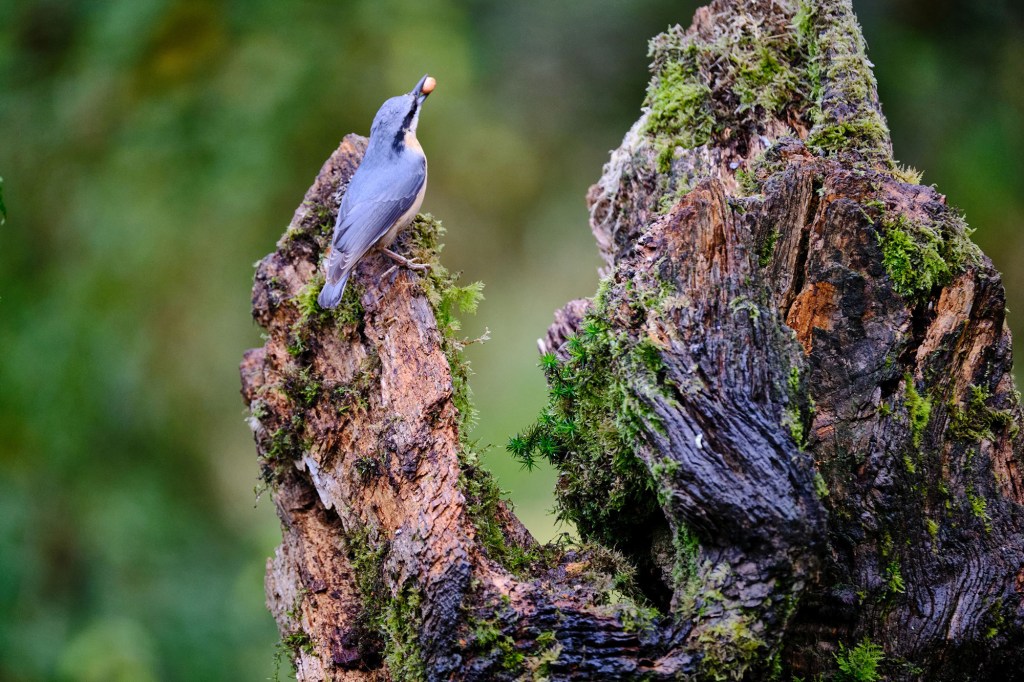 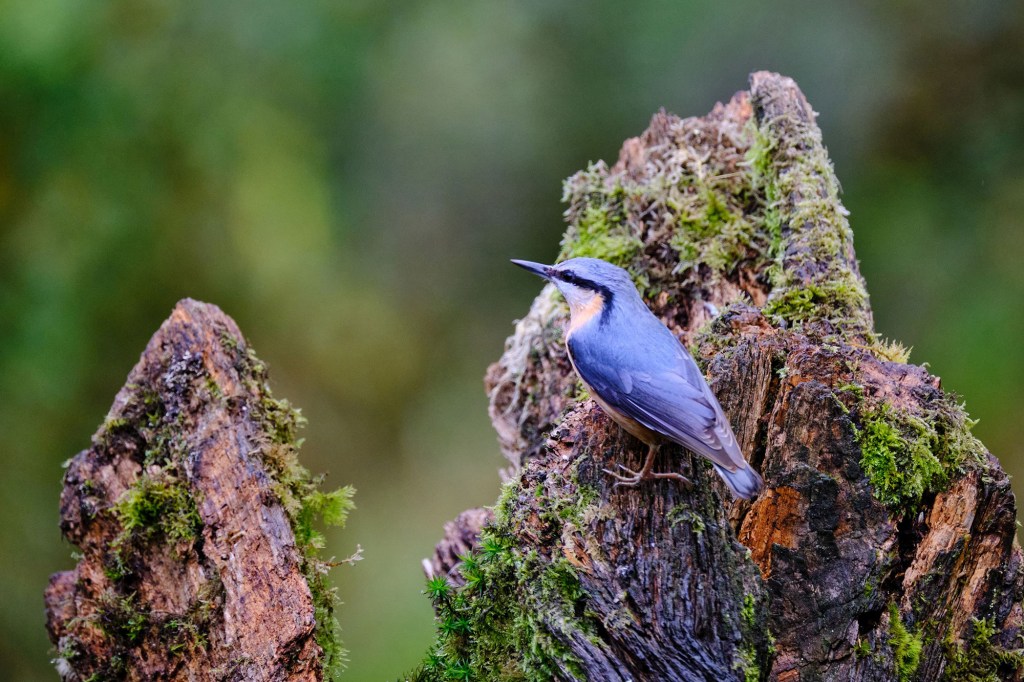