Australia's peak Muslim group has joined with Liberal MP Andrew Hastie to condemn the Chinese government for its persecution of Uighurs in the remote Xinjiang province.

Mr Hastie, who has sometimes disagreed with Australian Muslim leaders over how to combat Islamic extremism, has been praised by the Australian Federation of Islamic Councils for raising the plight of Muslim Uighurs. 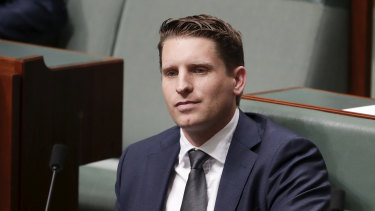 Andrew Hastie has been a vocal critic of the Chinese government.Credit:Alex Ellinghausen

The AFIC said it was important to stand up for the Western Australian MP because "China has applied pressure on him for criticising its flagrant human rights abuses".

Mr Hastie, chair of the Parliament's powerful intelligence and security committee, was denied a visa to China last year over his public criticism of the Chinese Communist Party.

The emergence of new satellite imagery last month revealed the Chinese government has been expanding its detention centres in the western region of Xinjiang, despite Beijing’s claims that all detainees have "graduated" from the "re-education camps".

It is believed China has forced more than 1 million Uighurs – a Turkic-speaking ethnic group of mostly Sunni Muslims – into grounds that resemble internment camps in the region.

"Mr Hastie has publicly raised the issue of human rights in the People’s Republic of China on several occasions, it is important for AFIC to show Mr Hastie support particularly as China has applied pressure on him for criticising its flagrant human rights abuses," he said.

AFIC vice president Zouber Sayed said Mr Hastie was a "champion of a proud Australian tradition of calling out the bully".

Mr Hastie said Australians from all backgrounds "condemn the persecution happening to the Uighur people".

“Anyone who cherishes the dignity of human life— as Dr Jneid and I both do — is deeply troubled by what is happening to them. I will continue to speak up for the Uighur people," he said.

“I thank AFIC President Dr Jneid and his colleagues President Yahaya and Vice President Sayed for meeting with me to discuss this important issue.”

Abdul Rahman Yahaya, president of the Islamic Council of WA, said the meeting with Mr Hastie "was very productive" and "it is time more of our fellow Australians become aware of human rights abuses by the Chinese authorities in East Turkistan".

East Turkistan, which bordered China and Mongolia, was annexed by China in 1949.

In a statement, AFIC said Uighers have since suffered "immense persecution at the hands of Chinese authorities culminating in reports of mass incarceration in concentration camps, rapes, disappearances, cultural and religious repression, torture, organ harvesting, destruction of places of worship, forced labour and killings". 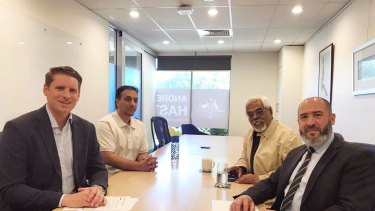 "AFIC encourages all Australians to stand with and support Mr Hastie and to call on other political representatives to do the same," the peak Muslim group said.