Princess Eugenie has helped launch a collection of porcelain buttercups to raise money for the hospital where she had surgery on her spine as a child.

The Queen’s granddaughter, 30, is patron of the Royal National Orthopaedic Hospital (RNOH) which treated her for the rare condition of scoliosis when she was 12.

Artist Clare Twomey has designed 2,000 limited edition hand-finished buttercups, priced at £45 each, to raise funds for the RNOH.

The royal, who is pregnant and set to welcome the new addition to the royal family early in 2021, said she was proud to support the collection.

She added: ‘I know from my own experience that being a child in hospital and having complex surgery can be very daunting. 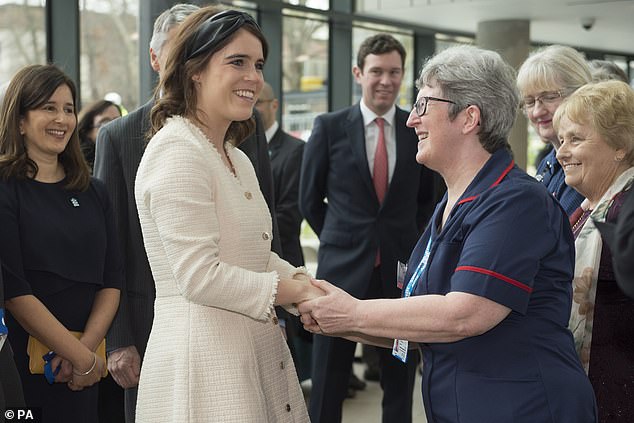 Princess Eugenie meeting Ms Christine Bows who cared for her when she in the hospital as a child, during a visit the Royal National Orthopaedic Hospital in London on 21 October 2020 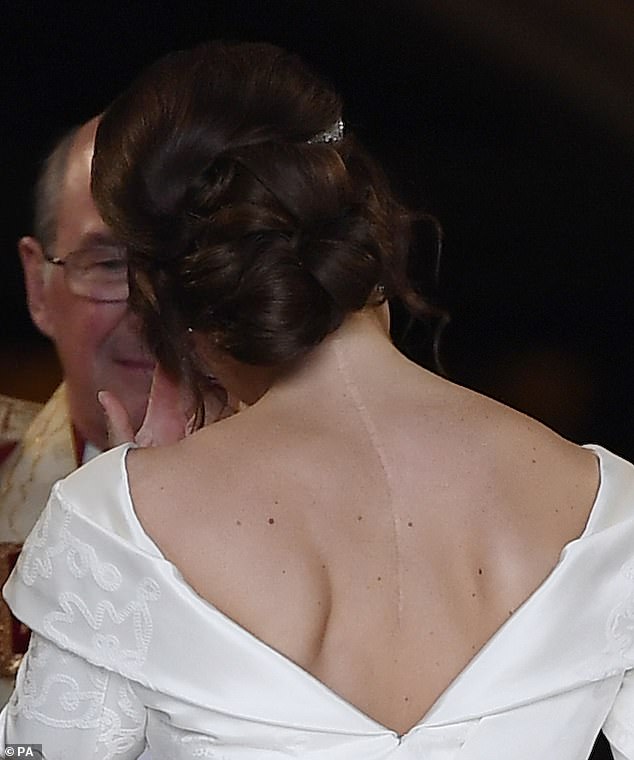 ‘For almost 100 years, buttercups have offered hope at the RNOH, and I am so pleased to see this tradition continue in such a beautiful way.’

RNOH’s association with the flower – its emblem of hope and optimism – dates back to the 1930s, when artificial buttercups were made and sold in central London to raise funds for the hospital’s appeal.

It comes days after Princess Eugenie was named as the new royal patron of the Scoliosis Association UK.

Announcing the news on social media, the association said: ‘We are pleased to announce that Her Royal Highness Princess Eugenie has agreed to become the Royal Patron of the Scoliosis Association UK.’

Scoliosis is the abnormal curvature of the spine in an S-shape.

Signs include a visible curve in the spine, one shoulder or hip being more prominent than the other, clothes not hanging properly and back pain.

Pain usually only affects adults with the condition.

In most cases, the cause of the scoliosis is not known but it can be caused by cerebral palsy and muscular dystrophy.

In the UK, scoliosis affects three to four children could of every 1,000.

It is also thought that as many as 70 per cent of over 65s have some degree of scoliosis.

It is more common in women than in men.

Most children with the condition do not require treatment as it is mild and corrects itself as the child grows.

However, in severe cases the child may need to wear a back brace until they stop growing.

Occasionally, a child needs surgery to straighten their spine.

In adults, it is usually too late to treat the condition with a back brace or surgery so treatment revolves around reducing pain.

Eugenie underwent surgery on her spine at the age of 12 so titanium could be added to repair the curvature which scoliosis had caused.

The scar was also brought to the forefront of public attention on Eugenie’s wedding day to husband Jack Brooksbank.

The princess chose a stunning gown with a drop back that showed off her scar. Speaking at the time, Eugenie said it was important to highlight her journey with the condition.

The royal has stepped up her advocacy work in recent months. 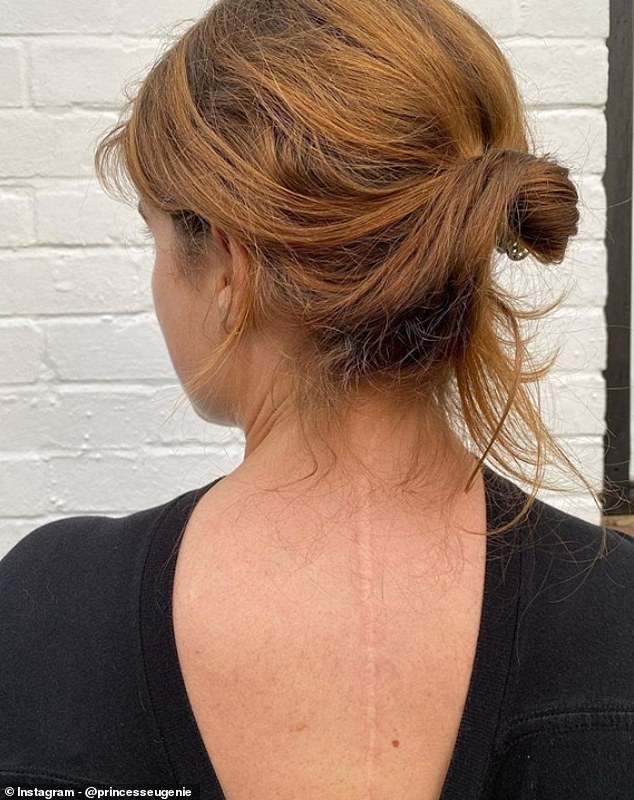 Earlier this year on International Scoliosis Awareness Day the princess posted a picture of her scar onto her Instagram, encouraging other people with scars not to be ashamed of them

She shared a post on International Scoliosis Awareness Day in June that read: ‘I just wanted to share my scar and encourage anyone out there who’s gone through something similar to share theirs with me.

‘Let’s be proud of our scars! I’d love to repost any of your images on my stories so please tag me and I will share. #internationalscoliosisawarenessday.’

The royal has highlighted stories shared by followers with the condition in the months since.

Eugenie is also the Royal Patron of the Royal National Orthopaedic Hospital where she had her childhood surgery.

The buttercups can be bought from www.thebuttercupcollection.co.uk