Princess Caroline of Hanover has revealed her mother Grace Kelly told her she ‘didn’t need to go to school’ and a University professor told her she was ‘taking the place of a deserving student’ by attending lectures.

Speaking in a joint interview with her daughter Charlotte Casiraghi, 34, to French magazine Madame Figaro, Caroline, 63, discussed life as the daughter of Prince Rainer III and Hollywood legend Grace Kelly.

The royal, who is married to Ernst August, Prince of Hanover, said: ‘I belong to a generation where the question was lively. However, I remember my mother telling me in good faith, “You don’t need to go to school”.’ 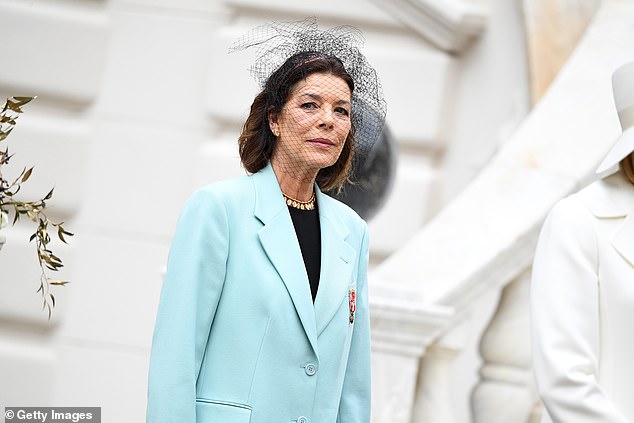 Princess Caroline of Hanover, 63, has opened up about feminism and her mother Grace Kelly in an interview with French magazine Madame Figaro (pictured on Monaco’s National day on November 19 2019)

‘I also remember a university professor who told me with incredible cruelty: “You are taking the place of a deserving student”,’ she added.

Discussing feminism, the princess also revealed that when she was a child, the Monaco Palace ‘did not like Sartre and de Beauvoir very much,’ citing the French philosopher Jean Paul Sartre and Simone, the feminist author of  cult book The Second Sex.

She went on to explain she always wanted to overcome obstacles, and always felt like she was ‘competing’ against boys.

‘I wanted to do better than them, at school, or at sports,’ she said. 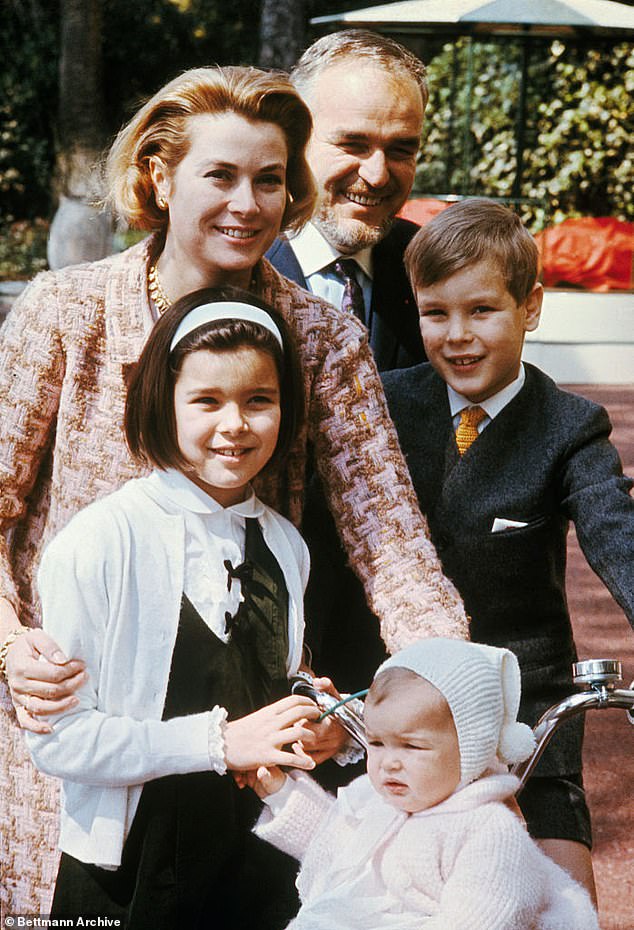 Caroline is the eldest child of Princess Grace and Prince Rainier of Monaco. She is the big sister of Prince Albert II and Princess Stephanie (the family is pictured in 1966)

Meanwhile, her daughter, Charlotte,  added that being a woman ‘wasn’t an easy thing’.

‘It is a struggle, not a war, but it is not an easy thing.

‘Under the pretext that women have emancipated themselves, that they are allowed to have a career, children, while remaining desirable, we see less today the part of sacrifice that there is in being a woman,’ she said.

Charlotte is the daughter of Princess Caroline and Stefano Casiraghi, a speedboat racer who died in 1990 after seven years of marriage. 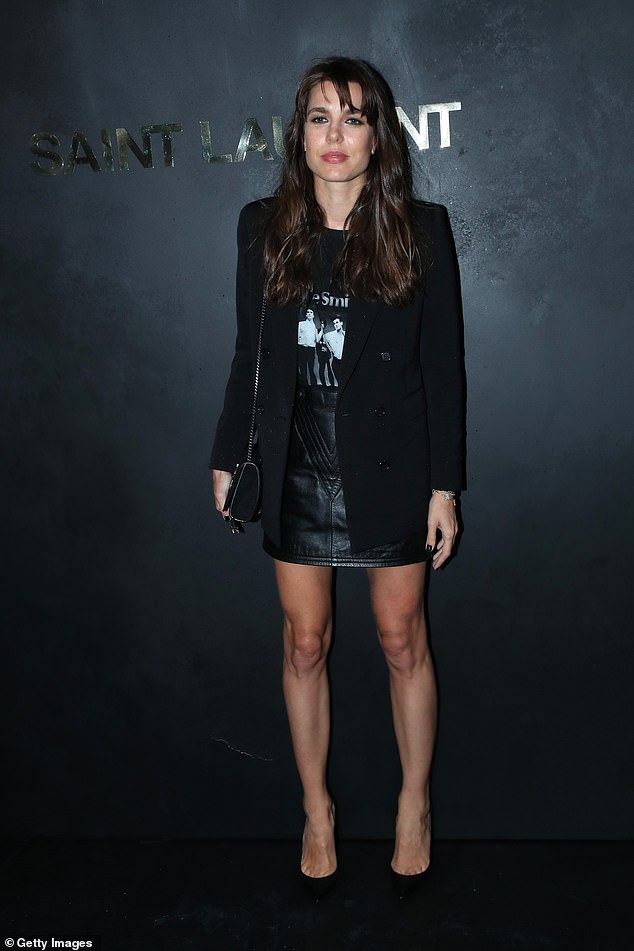 Caroline’s daughter Charlotte Casiraghi, 34, said in the same interview that being a woman was a ‘struggle’ (pictured in September 2019 in Paris) 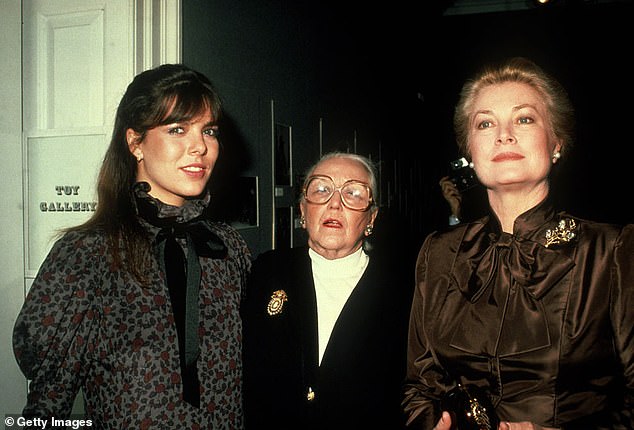 She is a successful entrepreneur with a taste for philosophy and horses, and has several jobs, including entrepreneur and magazine editor.

Grace Kelly left her successful acting career in Hollywood after falling in love with Prince Rainer III of Monaco in 1955, which led to their wedding a year later in 1956. 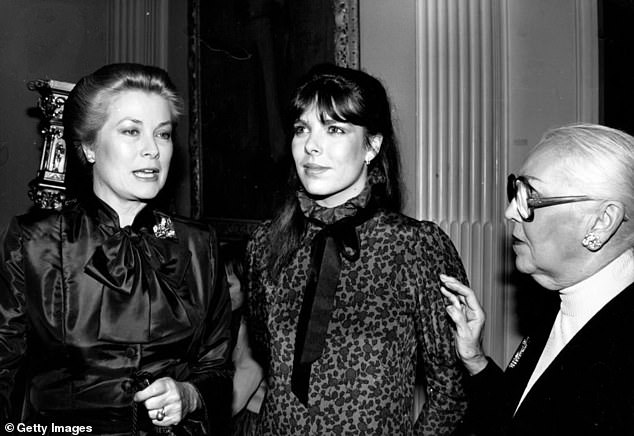 The Monaco royal revealed her mother told her she did not need to go to school and that a teacher scolded her for taking a ‘deserving’ student’s place (pictured: Grace and Caroline in 1981, a year before Princess Grace’s death)

Up until then she was known for appearing in movies including  Alfred Hitchcock’s Rear Window, To Catch a Thief and High Society.

The couple had three children, Caroline, the eldest, Albert II, prince of Monaco and Princess Stephanie.

Stephanie, who was 17 at the time, was in the car with her mother, who was driving, when Grace missed a turn and sent her car crashing down 120 feet, tossing the women around the car and killing Grace.