Home » Lifestyle » Princess Beatrice ‘will marry as early as next spring’

Royal family is preparing for Princess Beatrice’s wedding to Edoardo Mapelli Mozzi ‘as early as next SPRING’, insider claims

Princess Beatrice is set to marry multi-millionaire property magnate Edoardo Mapelli Mozzi ‘as early as next spring’, a royal expert has claimed.

Engagement rumours have been swirling around the Queen’s granddaughter, 31, and the Italian property developer, 35, for months, with bookies suspending betting on an announcement last month.

Now Ingrid Seward, editor of Majesty magazine, has told Hello!: ‘They’re going to get married – I was told by a member of the family. I think a wedding as early as next spring or summer is likely.’

The royal started dating the father-of-one, who has since moved in with Beatrice at St James Palace, in the autumn of 2018. 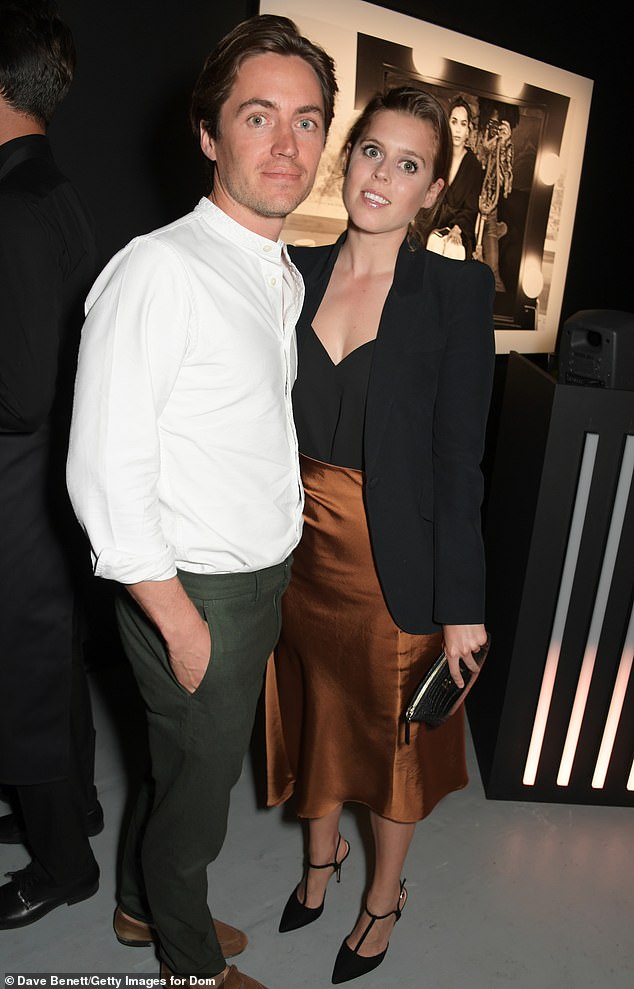 Edoardo Mapelli Mozzi and Princess Beatrice of York pictured while arriving at Annabel’s Private Members Club in Mayfair, in July. They are said to be discussing a wedding

He made his first official public appearance with the Duke of York’s daughter in March at the National Portrait Gallery gala, when joined by the Duchess of Cambridge and David and Victoria Beckham.

As ninth in line to the throne, Princess Beatrice doesn’t have to ask the Queen’s permission to marry as Prince William and Prince Harry did.

However, it is believed the royal would have disclosed her plans to her grandmother as they are said to have a close bond.

Ingrid added: ‘It’s possible they wanted to tell the Queen that Beatrice was engaged. They have to find a gap in her diary before they name the day, and this would have been the ideal opportunity to discuss it.’ 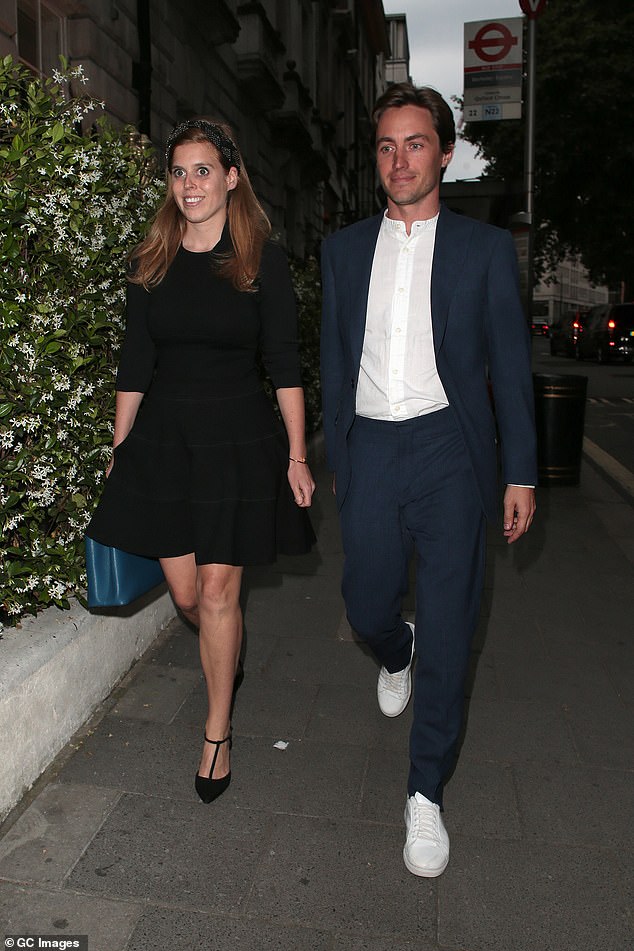 Princess Beatrice and Edoardo Mapelli Mozzi seen on a night out at Annabel’s on July 09, 2019 in London. The Queen’s granddaughter, 31, is said to be looking the happiest she’s been in a long time since dating the Italian property developer, 34

Bookies are also tipping an engagement as imminent, after suspending betting on it being announced by the end of the year following a flurry of bets in July.

Alex Apati from Ladbrokes said at the time: ‘There’s been plenty of interest in this over the last few days and with the two seemingly smitten, we’re banking on an announcement being made before the year is out – so strap yourself in for a 2020 royal wedding!’

Beatrice reportedly introduced Edoardo to her friendship group two months after they started dating, at an exclusive party thrown by Indian billionaire Lakshmi Mittal in November.

The pair are believed to have known each other for years and Beatrice attended the funeral of Edoardo’s stepfather, Christopher Shale, who died at of a heart attack at Glastonbury in 2011 and was a close friend of David Cameron. 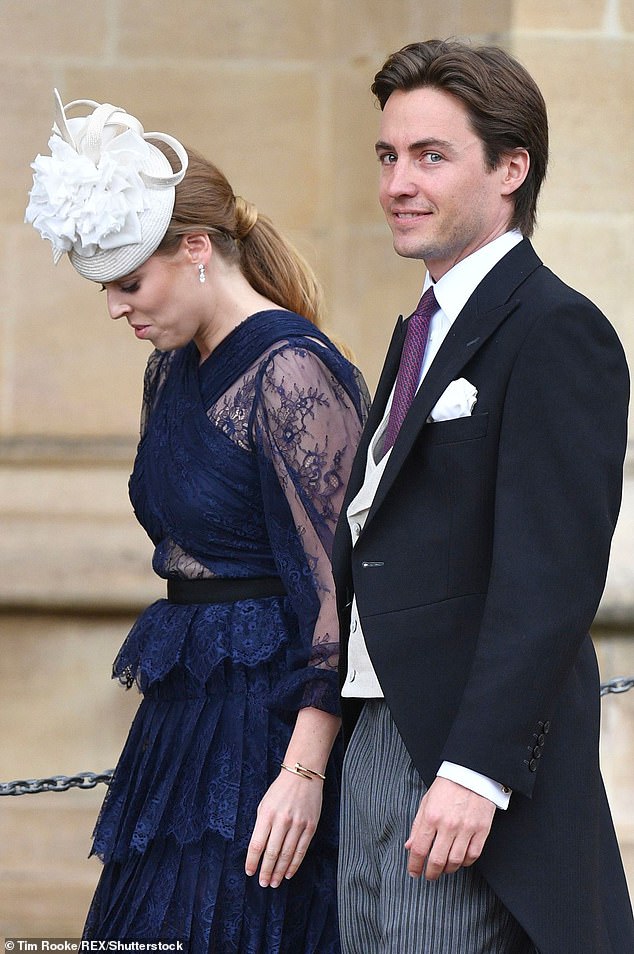 After their friendship developed into a romance, Beatrice was understood to have introduced Edoardo, whose father is Count Alessandro Mapelli Mozzi, as her ‘boyfriend’ to the Duke and Duchess of York.

Mozzi, who has a son from a previous relationship, is also a friend of Princess Eugenie – whose wedding he attended last October.

He is Beatrice’s first public boyfriend since she split from Uber executive Dave Clark in 2016 after 10 years together.

If the couple do get engaged, it will be the fourth high-profile wedding ceremony in under two years.