PrinceHarry and Meghan Markle have had quite a year — and it’s only May. Back inJanuary, the couple announced that they’d be stepping down from their roles asworking royals to try and build a new life for themselves. The two wanted toescape the media storm that had surrounded them, while still continuing to docharitable work.

Many people blamed the exit on Meghan, even dubbing it “Megxit.” But it turns out Prince Harry revealed back in 2017 that he’d always wanted to be known for “something other” than royalty — and he said it before he ever married Meghan. 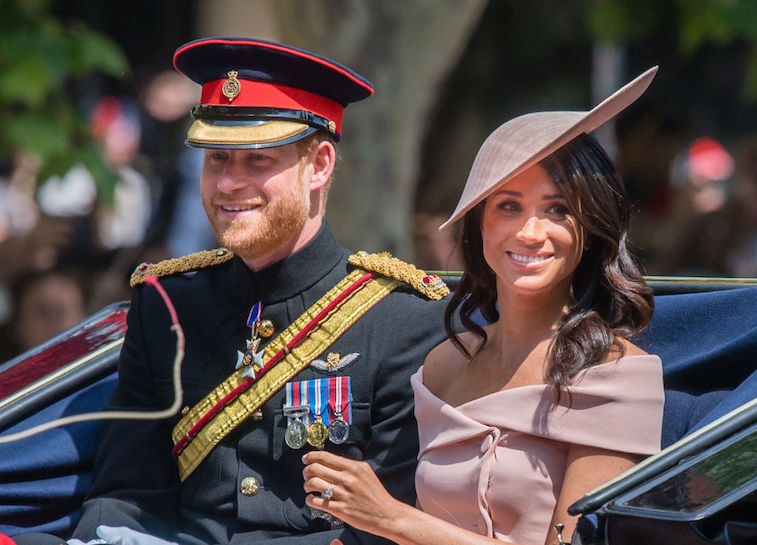 When Harry and Meghan began dating, things were off to an amazing start. They bonded instantly, and by their third date, Meghan was jetting off to Africa to accompany her new man on a trip. But the moment the press got ahold of the couple’s romance, everything changed.

The media targeted Meghan, digging into her past and her family. It became difficult for her to navigate the muddy waters of the press, and the negative attention eventually caused her to develop a poor relationship with the public. It seemed that no matter what she and Harry did, they couldn’t win over the people.

The two want to give back on their own terms

Harry and Meghan worked hard in the royal family for about ayear and a half. They made as many appearances as possible to shed light onevery issue they cared about. The two launched Travalyst, a sustainable tourismcompany, and Smart Works, a company that offers clothes and job training forwomen.

Despite doing everything they could, the public still didn’t take well to them. And in January 2020, Harry and Meghan made the decision to leave the royal family. The two knew they wanted to continue to change the world, but they realized they wanted to do it on their own terms and without the fanfare or royal spotlight. On March 31, their royal office officially closed.

“After many months of reflection and internal discussions, we have chosen to make a transition this year in starting to carve out a progressive new role within this institution. We intend to step back as ‘senior’ members of the Royal Family and work to become financially independent, while continuing to fully support Her Majesty The Queen. It is with your encouragement, particularly over the last few years, that we feel prepared to make this adjustment. We now plan to balance our time between the United Kingdom and North America, continuing to honour our duty to The Queen, the Commonwealth, and our patronages. This geographic balance will enable us to raise our son with an appreciation for the royal tradition into which he was born, while also providing our family with the space to focus on the next chapter, including the launch of our new charitable entity. We look forward to sharing the full details of this exciting next step in due course, as we continue to collaborate with Her Majesty The Queen, The Prince of Wales, The Duke of Cambridge and all relevant parties. Until then, please accept our deepest thanks for your continued support.” – The Duke and Duchess of Sussex For more information, please visit sussexroyal.com (link in bio) Image © PA

Many people blame “Megxit” on Meghan joining the family in the first place — hence the nickname for the couple’s departure. But Harry revealed soon after in a speech that it was his decision to exit the family. And, surprisingly, he’d hinted at doing so long before marrying the duchess.

In an interview with Newsweek back in 2017, when Harry and Meghan had only been dating for a short time, he made a comment that might have signaled his plans to exit the family all along. Angela Levin, who interviewed the prince, noted in the article that Harry seemed adamant about being more than just a prince. “He tells me several times that he aches to be ‘something other than Prince Harry,’” Levin reported. Harry also explained in the interview that the attention, in combination with his mother’s death, caused him to go through a difficult time later in life. The interview served as somewhat of a signal that the departure was constantly on his mind.

Prince Harry never loved the spotlight, and his Newsweekinterview made that clear. But it seems that itwasn’t Meghan’s decision to leave the family. Rather, Harry might have justneeded someone else on his team — a partner who would stand by him as he madea life-changing decision — to push him to make the move. And he found that inMeghan.