The Prince of Wales has praised the contribution of British Asians to the national coronavirus pandemic effort as he helped launch a Covid-19 fundraising appeal for families struggling in South Asia.

Speaking from his Aberdeenshire home of Birkhall, Prince Charles, 71, said whether working in the NHS or running ‘wonderful’ local projects, the UK’s Asian communities were ‘playing a vital role’ in the crisis which was ‘confronting us all.’

In a video message posted on his official Twitter account, the heir to the throne, who has recovered from Covid-19, said he wanted to lend his support to the ‘poorest and most vulnerable’ people living in India, Bangladesh and Sri Lanka.

The prince’s comments were made in support of the British Asian Trust’s (BAT) Covid-19 Emergency Appeal, which aims to raise money to help people in South Asia who have seen their livelihoods disappear due to the pandemic and face what Charles described as a ‘fight of survival’. 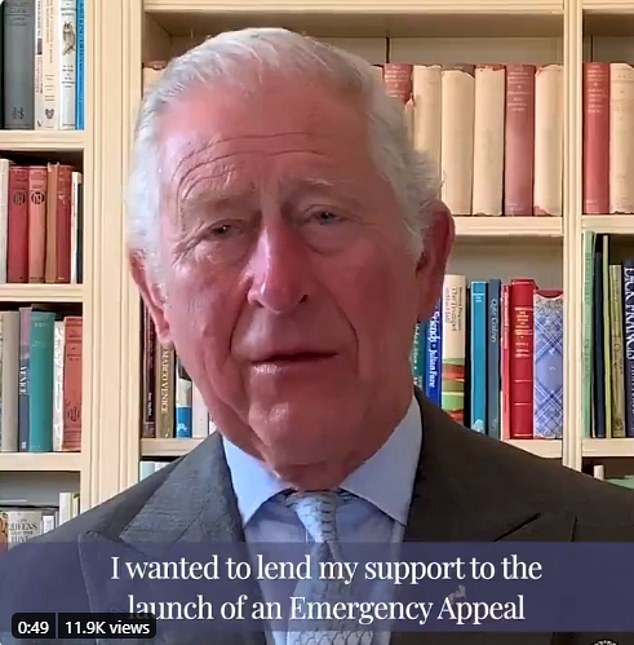 In the clip, Prince Charles said: ‘In the United Kingdom I know that the British Asian community is playing a vital role in the response to this crisis.

‘Whether in the NHS or as key workers in other roles, or through the wonderful work being done by volunteers and local initiatives through temples, mosques and gurdwaras to support all members of all communities.’

He went on: ‘As the royal founding patron of the British Asian Trust, I wanted to lend my support to the launch of an appeal to help those suffering most.

‘I started the British Asian Trust 13 years ago with the help of British Asian community to help those in greatest need in South Asia. 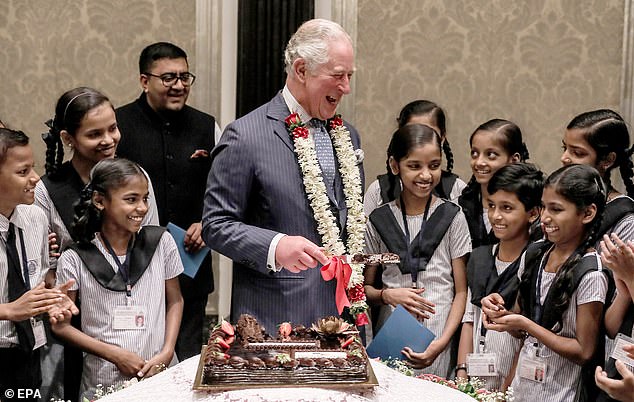 The royal, who helped to found the trust in 2007, said it was important to help ‘the poorest and most vulnerable’ during the crisis (pictured, Prince Charles during a trip to Mumbai last year meeting children at a school supported by the trust)

‘Over this time the Trust has helped almost 5 million people. Today, to play it’s part, is ramping up it’s worked to support the daily basic needs of the poorest and the most vulnerable.’

The BAT said South Asia is home to 27% of the world’s poorest people with 750 million surviving on less than £2 per day.

The lockdown in India has seen mass migration from the cities to villages while the organisation said Pakistan’s healthcare was under pressure and Bangladesh’s densely populated urban areas and refugee camps were a ‘hotbed’ for the virus.

In the video message, the prince, who is royal founding patron of the BAT, added: ‘Over 400 million daily workers have seen their livelihoods disappear with no form of income and no savings. They and their families now face a fight of survival. 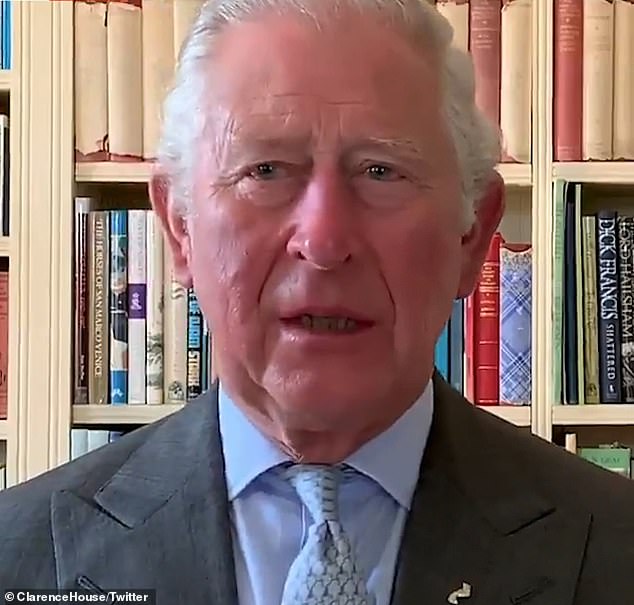 ‘The British Asian Trust’s Covid emergency appeal will support those in India, Pakistan, Bangladesh and Sri Lanka who need it most.’

He said that the charity would ‘ramp up’ to help those ‘poorest and most vulnerable’ people.

He added: ‘With your generosity the British Asian Trust will help those who have nowhere else to turn and offer hope to those who face the most desperate circumstances. With your help we can make a difference.’

Prince Charles, who is currently isolating in Birkhall in Aberdeenshire, recently attending the British Asian Trust’s evening reception in February before the coronavirus lockdown came into place. 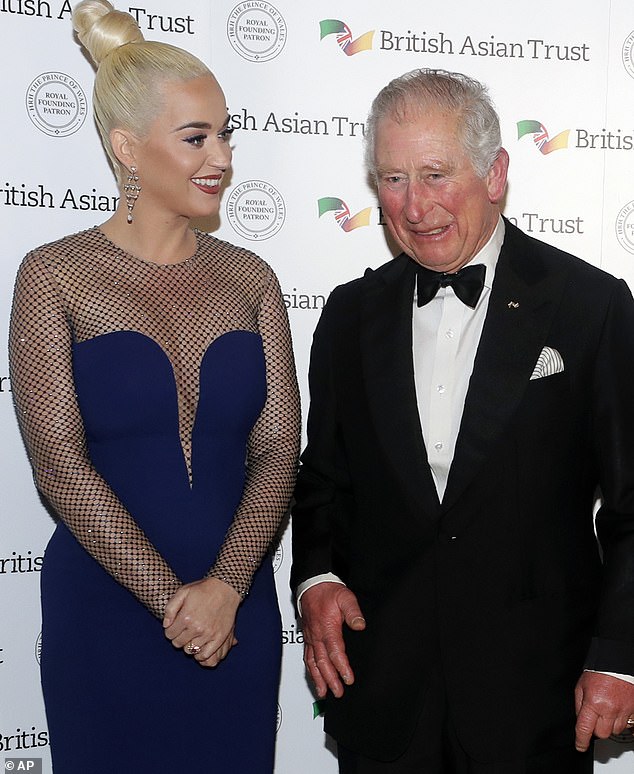 Prince Charles only recently attended a gala in aid of the Trust, when he announced Katy Perry would become one of the charity’s ambassadors

At the lavish gala, the royal announced Katie Perry would be an ambassador for the charity, sparking outrage online, with many criticising the choice of Perry for a role.

Meanwhile during a trip to Mumbai in November last year, Prince Charles celebrated his 71st birthday with school children at the Kaivalya Education Foundation, which is supported by the British Asian Trust.

Since first forming, The British Asian Trust has supported programs in education, livelihoods, mental health and anti-trafficking, and has made a real difference to the lives of more than 4.8million people in South Asia.

It has recently expanded its remit into Bangladesh, after successful dealings in India, Pakistan and Sri Lanka.