What the cluck? Woman, 26, left baffled as tiny Donald Duck faces started to appear on her £6 silver Primark bum-bag – as retailer says the product ‘may have been sprayed in error’

A shopper was left baffled when the paint on her Primark bum-bag faded to reveal Donald Duck peeping out – after the bag was ‘re-sprayed’ and then sold on by the chain.

Isma Poirel, 26, a music business student from London, picked up the silver pleated bum-bag from the Tottenham Court Road branch of the retailer in July of this year.

It wasn’t until the middle of August that the 26-year-old started wearing it on a daily basis and noticed that the silver colouring was beginning to fade.

Primark said they were aware that a small number of bum bags were ‘sprayed in error’ and are happy to offer Isma a replacement or refund. 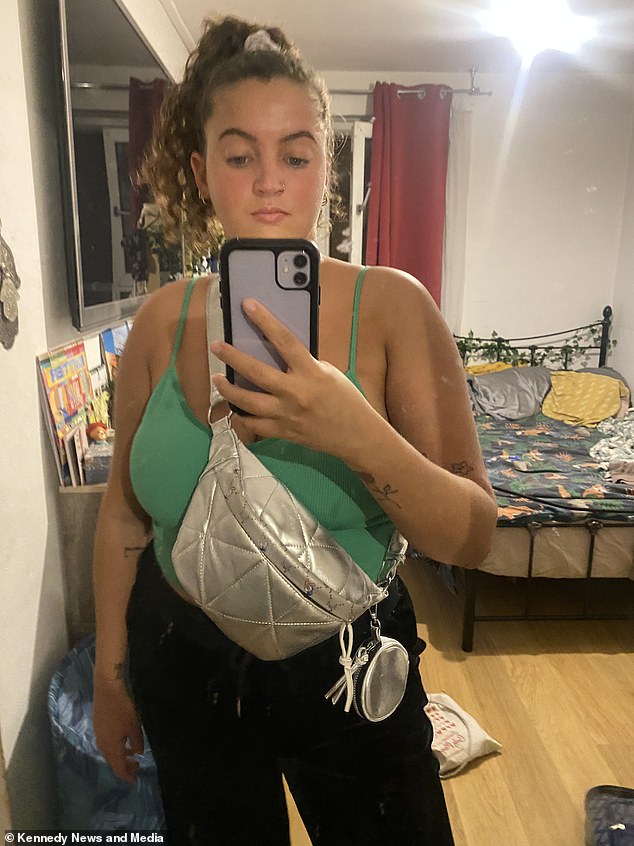 Isma Poirel, 26, from London, was left baffled when the paint on her Primark bum-bag faded to reveal Donald Duck peeping out – after the bag was ‘re-sprayed’ and then sold on by the chain 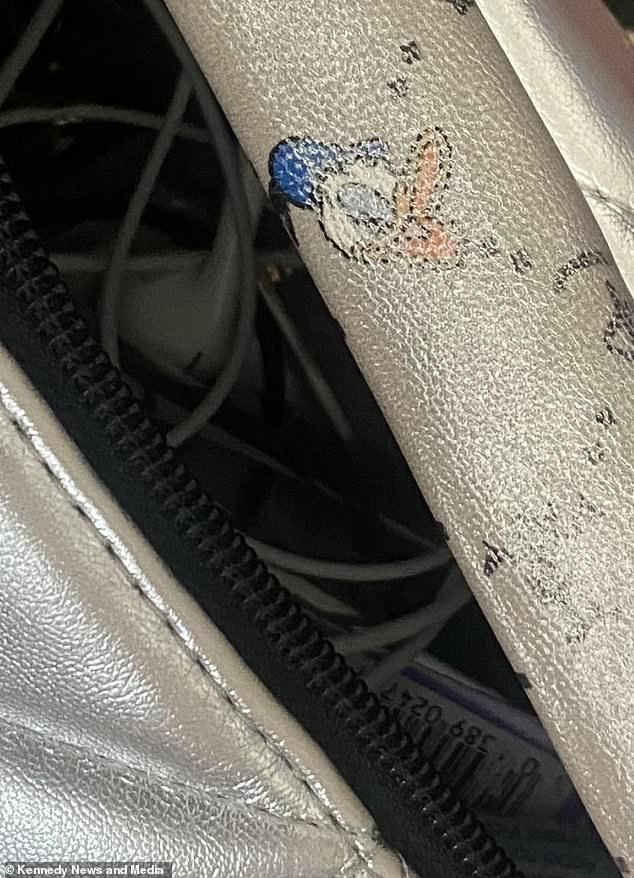 Isma said: ‘I noticed something was wrong but I didn’t realise it was Donald Duck at first.

But by early September, the music business student was stunned when she spotted several Donald Duck faces peering back at her just above the £6 bag’s zip.

‘After two weeks, when I saw that Donald Duck’s face was peering through, I was confused. 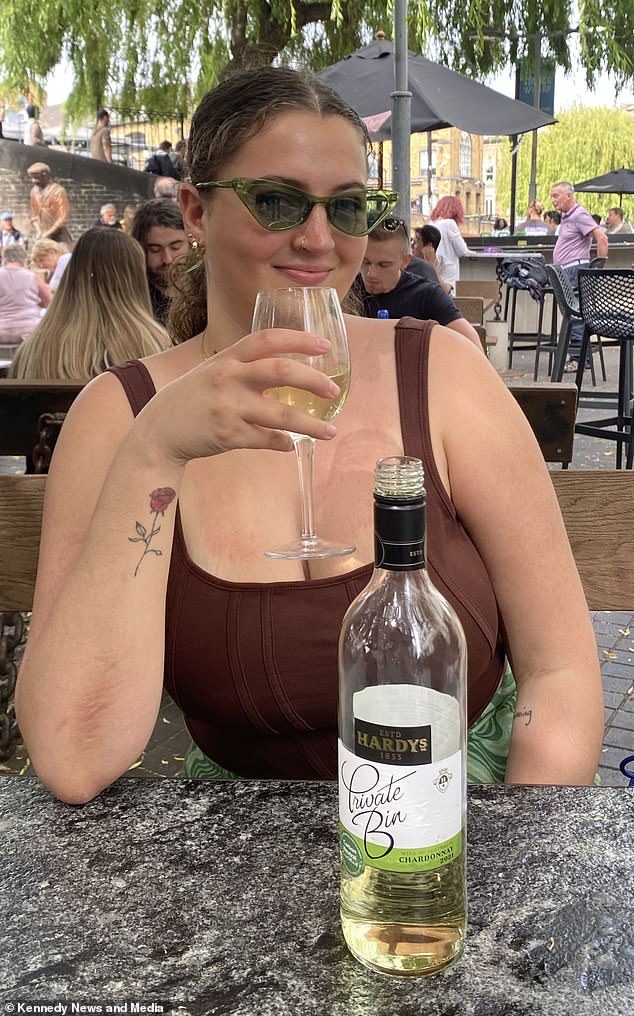 Isma would like a refund on the bag, but won’t go in the store specifically to get one, so she is currently still using her Donald themed accessory 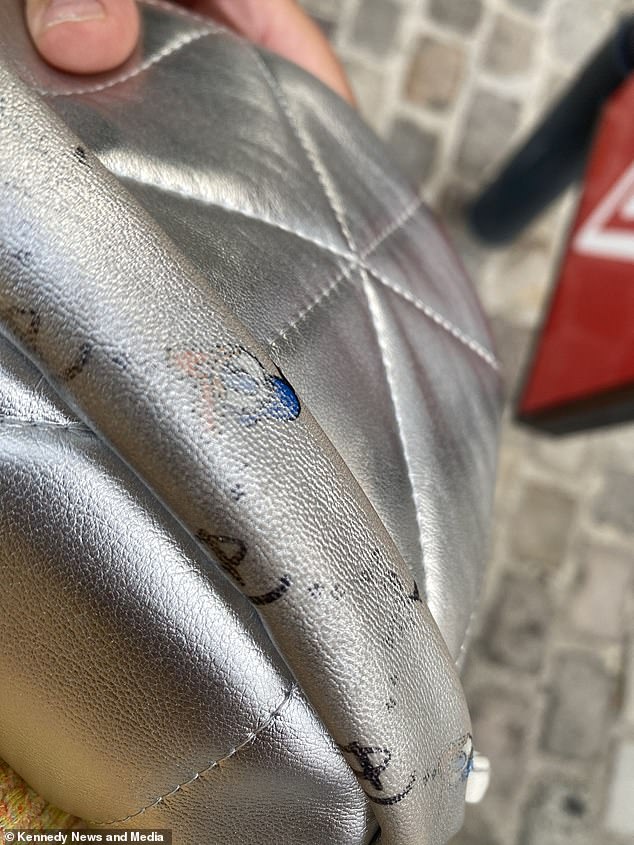 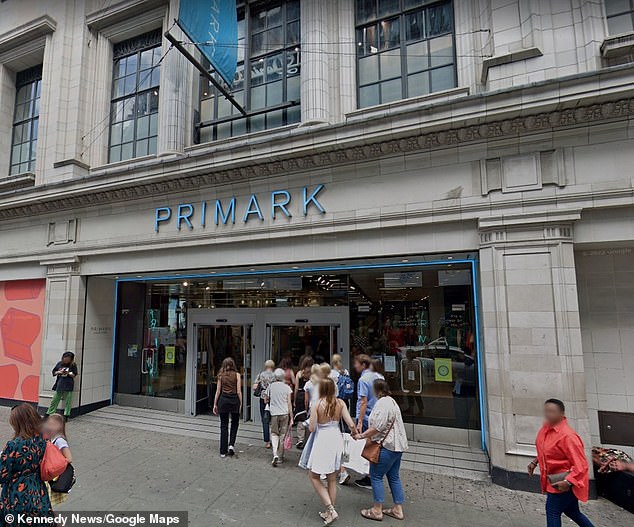 The Primark store in Tottenham Court Road, London where the silver bum-bag was purchased by Isma

‘Then after that, I thought ‘that’s kind of funny’, and laughed at it. It was funny because it was Donald Duck.’

Initially baffled, Isma then found the humour in the situation – admitting she would have never bought a bag with the cartoon bird’s likeness on it.

‘I never would have thought ‘Oh, I really want a Donald Duck bag’.

‘Only a piece of the bag has Donald Duck on it from what I can see, the rest of the bag seems fine.

‘So I assume what’s happened is that they used pieces from old bags and repainted them.’

Despite the mix-up, Isma is continuing to use the bag, given that only part of it has seen the paint fade. 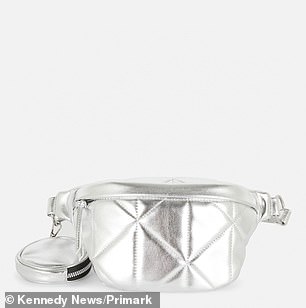 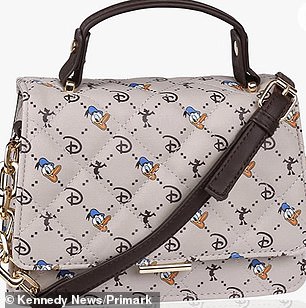 Across-body crossbreed: The retailer admits that some of their bags got ‘re-sprayed in error’ and is willing to give a refund. The pattern seen on Primark’s Donald Duck bag was also seen on the £6 silver bum-bag purchased by Isma in July 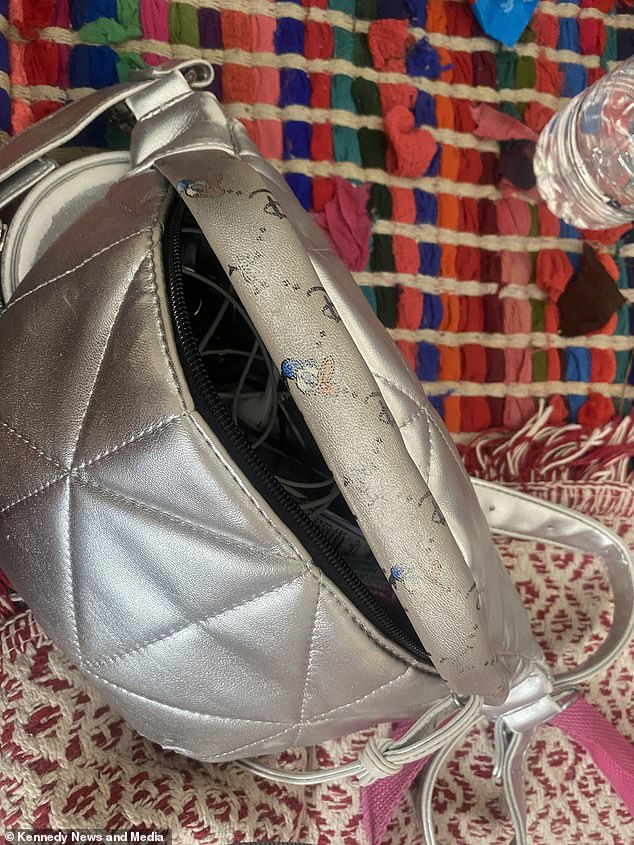 Isma said: ‘I’ve still been using it. Most people don’t notice it, because it’s only a small part, hopefully it stays that way.

‘The paint started fading because of everyday use – but I wasn’t using it that much.

‘It doesn’t really put me off shopping at Primark in the future, as long as I get a refund.’

A Primark spokesman said: ‘We’re aware that a small number of bum bag products were sprayed in error.

‘If the customer would like to contact us directly about this, we’d be happy to give her a replacement or refund.’

The Walt Disney Company has been contacted for comment.