‘I felt cheated’: Traveller discovers a popular tourist attraction in Bali with a pristine lake is FAKE after a photographer used a simple trick to create the reflection

A holidaymaker who visited Bali’s popular ‘Gates of Heaven’ site has revealed how her mind was ‘blown’ after she discovered the tourist destination was completely fake.

Sydney-based woman Cyla travelled two hours on the road from Ubud to Lempuyang Temple in May after seeing the mystical lake on social media.

Thousands of pictures on Instagram showcase travellers standing between the two stone monoliths in front of a reflective ‘lake’, posing as though they are standing above pristine water.

But when Cyla arrived at the hot spot, she said she was shocked to see the photographer sitting underneath an umbrella with a mirror placed under an iPhone to create an illusion of the reflection. 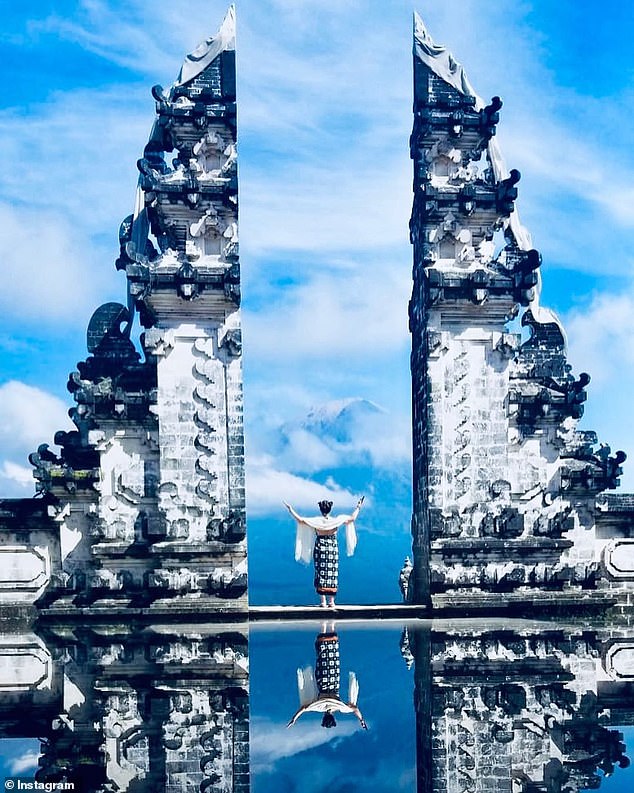 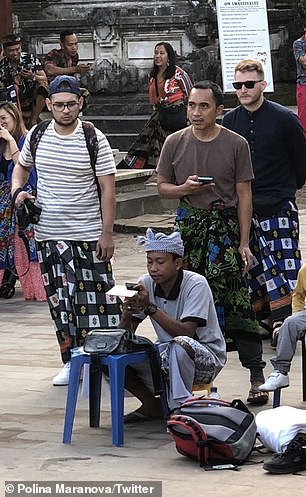 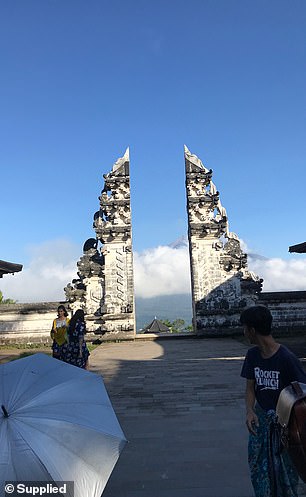 ‘I felt cheated. It was a ruse just to get people out there,’ she told Daily Mail Australia.

‘I understand it’s an oldest temple and it’s quite nice… but I found that all the people who drove out there were waiting in line for just this one photo… it all felt really fake.

Not only that, the pressure to take a good photo was intense.

‘We waited in line for an hour to see it. So many people were practising because you only get the chance to do five poses,’ she said.

‘We drove all this way and wait for all this time so there’s a lot of pressure to take a good photo.

‘I’ve seen people propose there too. It looks amazing but it’s just not real.’ 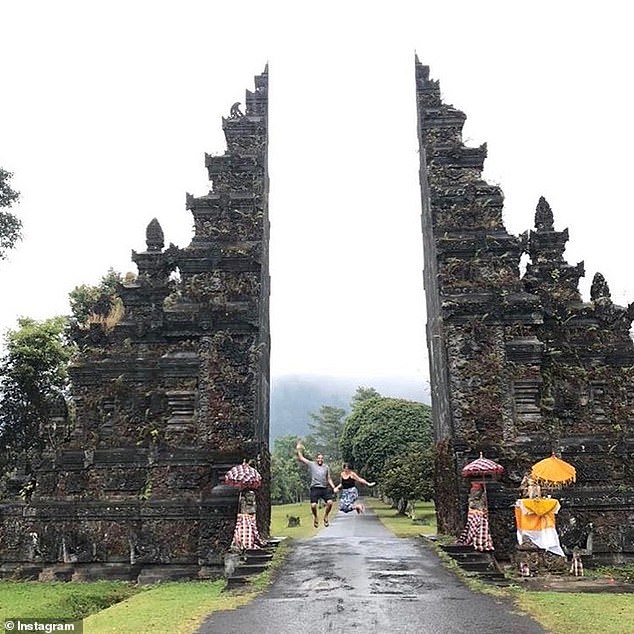 Woops! There is no such ‘lake’ that exists in the area and it’s just a photographer with a mirror 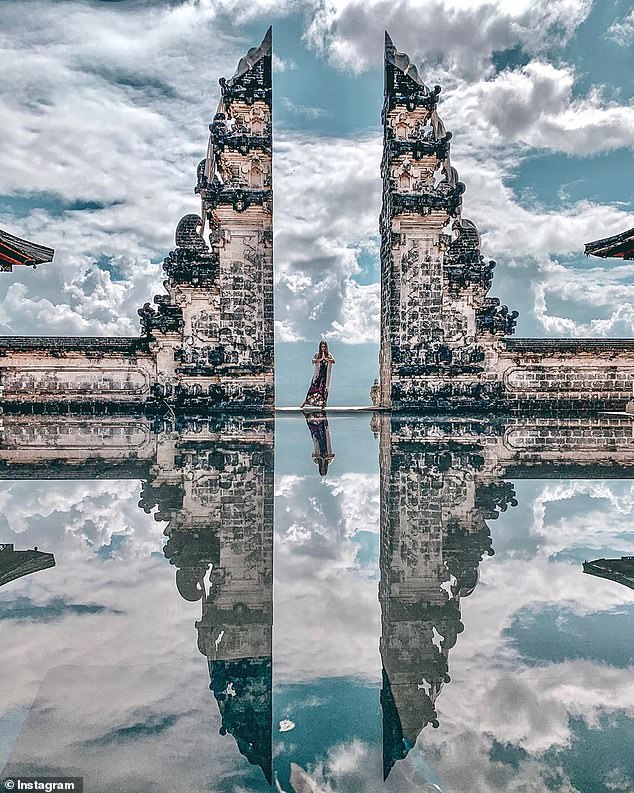 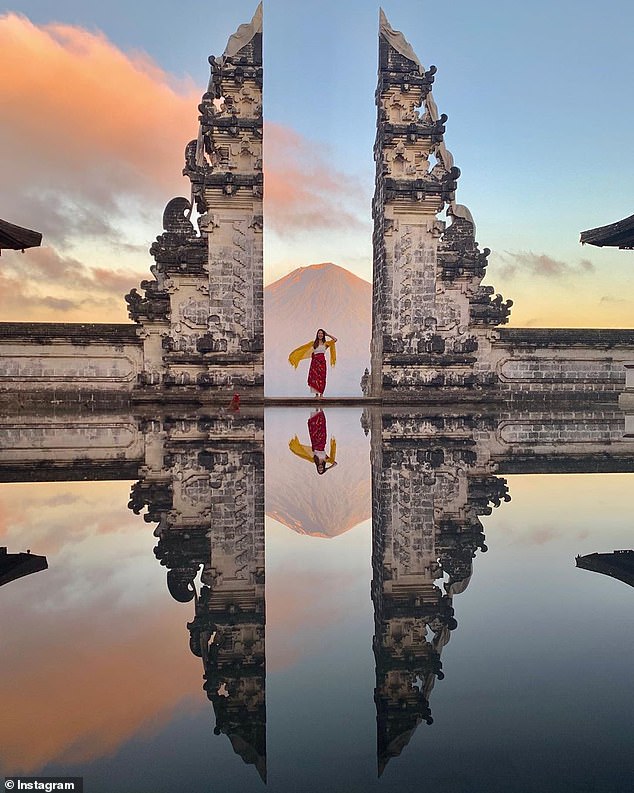 She explained how a photographer sits underneath an umbrella during the day to take the photo, and while he doesn’t charge a fee, there is an expectation of a tip

Her comments come after Fortune Magazine editor Polina Marinova took to Twitter to reveal how she was left ‘shattered’ by the discovery.

‘My hopes and dreams were shattered when I found out the “water” at the Gates of Heaven is actually just a piece of glass under an iPhone.’

While those who have visited the temple would already know this, much of the internet were shocked by the revelation.

‘This shatters my entire universe,’ came one response.