Six horses took to the streets through the night on Sunday after Kill the Bill protesters torched cars and fought with police in the city. One mounted officer said it was “the highest level of aggression” she’d dealt with. The horses were seen having a well-deserved rest on Monday, cheerfully galloping and leaping around their field.

Alongside the video, Avon and Somerset Police Horses’ official page tweeted: “Our gorgeous boys chilling in the field this morning after the stresses of yesterday #YouDeserveIt.”

One commented: “That is so wonderful to see. You and your horses are just amazing glad you are all safe.”

Another said: “They definitely deserve it, as do all the officers who were there. I hope all who were injured recover well.”

A third said: “How beautiful and how very well deserved.” 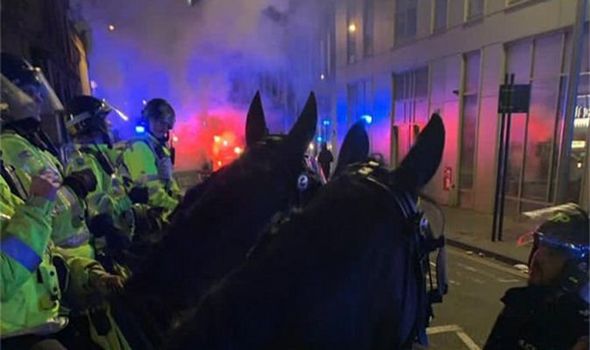 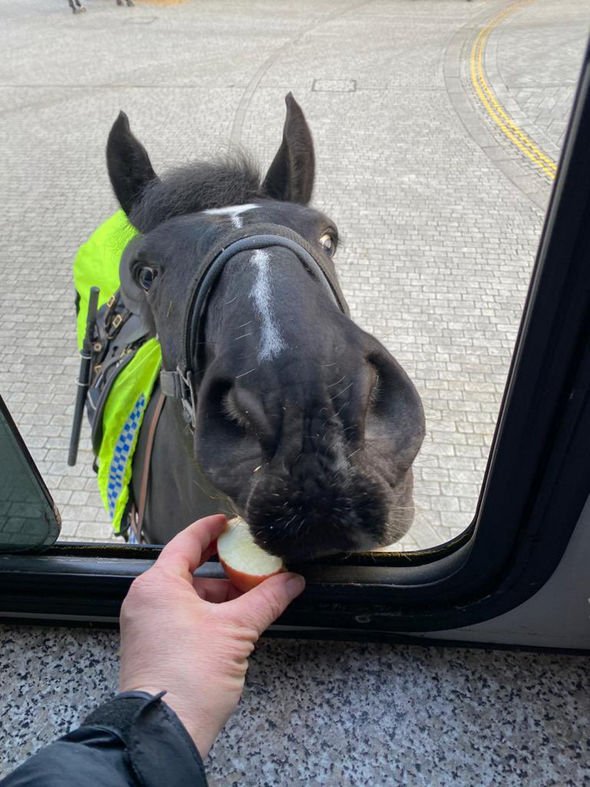 The police tweeted in the early hours of Monday morning: “After some very upsetting scenes in Bristol this evening all six horses and their riders are still on duty but safe. Thank you to everyone for your concern. It has been a very long shift #TheyDidUsProud.”

Sgt Hannah Clarke, a mounted police officer who was deployed to the protests, told BBC Radio Somerset that the violence was the “highest level of aggression” she had experienced in her career.

She said the six horses were “just amazing” and took reassurance from each other: “They look after each other and you get a couple of braver ones and they tend to follow.”

Discussing the violent scenes that night, she said: “You could hear on the radio officers pressing their emergency buttons asking for more units.

DON’T MISS
Prince Philip health latest: Duke ‘keeps up to date’ on royal issues[ROYAL]
Julie Andrews reveals what she stole from the set of Mary Poppins[TV]
EU vaccine row: What do EU vaccine restrictions mean for the UK?[COVID] 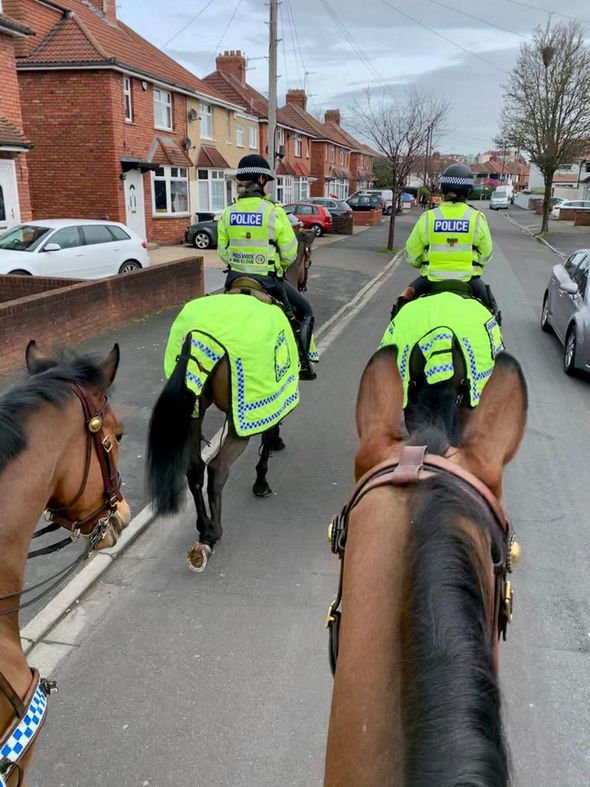 “We were stood next to vehicles that were well ablaze that were exploding around us. You can’t train for that.

“There were bricks, glass bottles, there were microwaves thrown from the top of the car parks, general street furniture, you name it they had it.

“Being in the mounted section we do deal with pockets of disorder because we go to football matches.

“In my career it’s the highest level of aggression I’ve ever experienced.