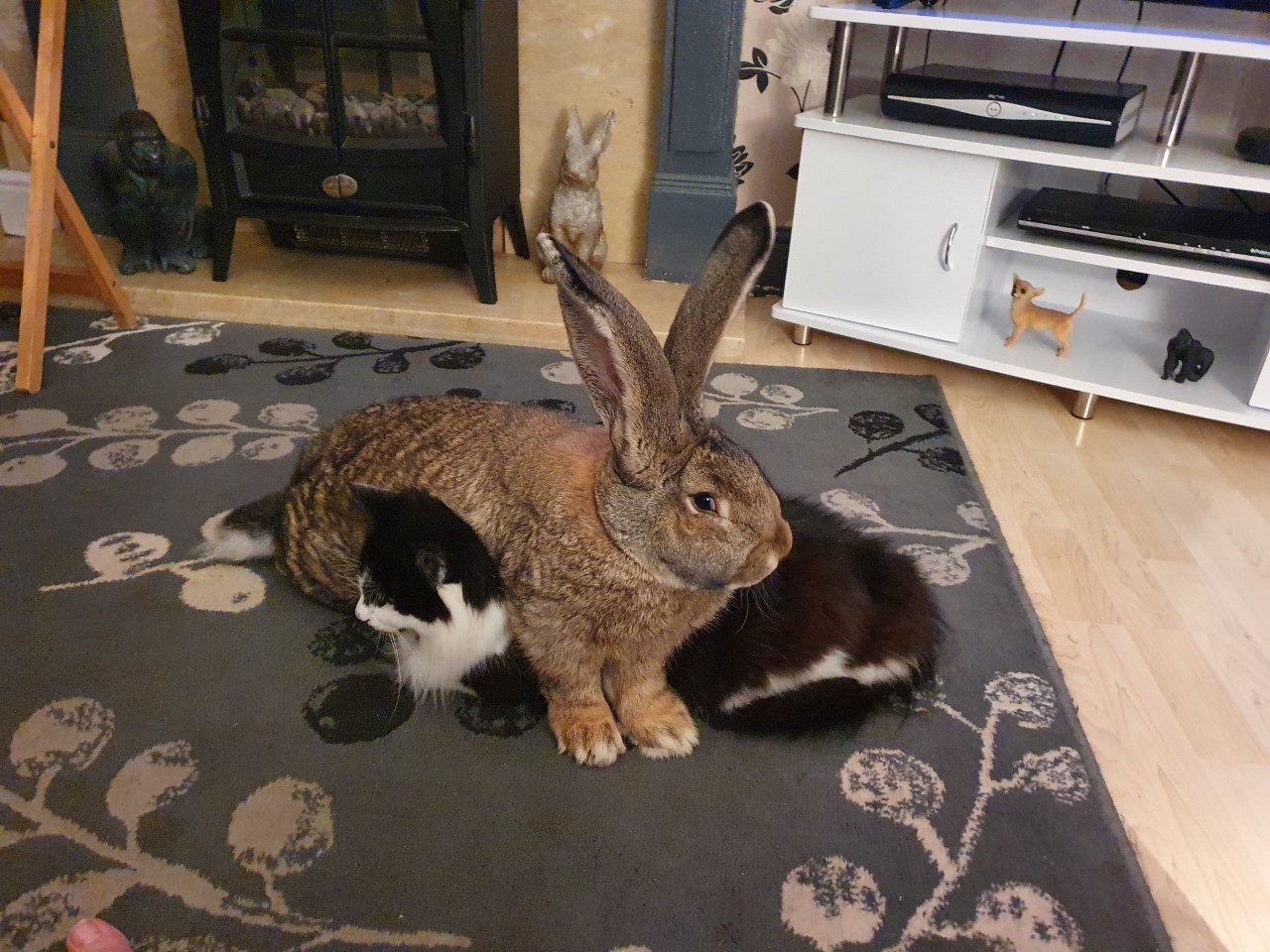 The average European rabbit weighs between 1 and 2.5 kilos typically.

George the rabbit, however, weighs 8.6kg, and he’s not even finished growing.

The Giant Continental Rabbit lives with 41-year-old Nicola Parkin and her pets Yoda the dog and Mr Bojangles the cat.

Full-time homemaker Nicola got George when he was 14 weeks old, and he’s continued getting bigger, with his most recent vet checkup putting him at a whopping 19lbs.

Although he’s a big boy, though, he does have a heart of gold, and has become best friends with Mr Bojangles over the years, with Nicola saying ‘they get on great together, always have.’

Nicola tells Metro.co.uk: ‘The cat and George get on great, always have really.

‘Yoda isn’t overly keen as George chases him a lot as he is bigger than the dog.’

She says that George ‘has the run of the house’ and cuddles and plays with Mr Bojangles like any other pet with free reign.

‘To live with a giant rabbit is like having another dog really,’ says Nicola.

‘He comes when u shout him, licks your hands when u stroke him, relaxes in the living room with us in the evening and sometimes during the day.’

The average weight for a Continental Giant is about 6kg, although the former world record holder (who was also a CG, called Ralph) for heaviest rabbit was 25kg (55lbs).

The breed is known for their love of interaction, and are typically bred as show animals.

Sadly, their life expectancy is only about five years, but at around three-foot long fully grown, you get a whole lot of loving in their time.

If you want a pet rabbit that’ll stay in its hutch and act like an unfeeling animal, a Continental Giant might not be the best bet.

If you want a best friend for your existing pets and a companion for yourself, though, they could be the perfect option.