Homelessness services looking to set up shop in the City of Perth would need to be reviewed by councillors under a proposed change to the local government’s planning schemes.

Councillor Brent Fleeton has submitted a motion to this month’s council meeting that could mean anyone trying to open a community centre, including ones that are not for helping out people experiencing homelessness, would need to face additional scrutiny. 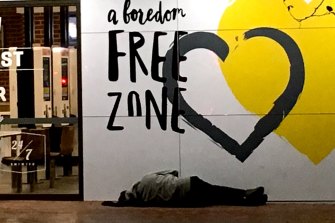 Currently, community centres are considered a “preferred” use for Perth’s planning schemes which dictate what kind of development can occur in different precincts around the city.

Local governments usually support preferred or “permitted” uses and in some instances they can receive approval without input from an elected council.

Fleeton has suggested City if Perth staff investigate changing community centres to being a “contemplated” use, which would mean any application would have to be sent to the chief executive’s office where it could be reviewed by councillors.

The change has been put forward by Fleeton after the council escalated a planning application for the relocation of a drop-in centre for homeless people in Northbridge to council and rejected the move.

The decision has been appealed to the State Administrative Tribunal by not-for-profit Ruah, which runs the existing centre that is set to close in the next two months to make way for a facility for women and children fleeing family violence.

Fleeton said many ratepayers had been confused by the issue, when only direct neighbours were initially consulted.

“How can the current community centre definition be so widely used as to include a drop-in centre aimed at helping people from across the entire metro area?” he said.

“If that’s the case, then clearly we need to move to tighten up the rules in our scheme and in our policies.

“First to ensure that we advertise these applications so our neighbouring residents and local ratepayers know about the application and secondly by moving to make it a contemplated use, we remove any shred of doubt – council can reject the application.”

The change could give the city greater leeway to refuse applications for community centres.

If councillors approve the scheme change it would still need to be ticked off by West Australian Planning Minister Rita Saffioti before it could be enacted.

On social media Fleeton noted that Carey, as a councillor at the City of Vincent, voted against the establishment of a late night service for youth on the street which was located against residential properties in 2012.

“This was for YouthBeat, a service run in conjunction with WA Police and the Department of Child Protection,” Fleeton wrote.

“As a local councillor at the time, the minister was listening to the concerns of his local community and representing his ratepayers. That’s what local government is all about.”

The minister was the only councillor to vote against the service, which currently still operates in the Vincent.

Carey, who was elected to the Vincent council in 2011, told WAtoday the decision he had made a decade ago was wrong.

“I was a new councillor, who had little understanding of the challenges faced by the homeless sector,” he said.

“Over the past decade I have worked closely with the homeless sector on a number of issues, including as the co-chair of a City of Perth working group on homelessness, which navigated difficult issues, including the coordination of a large number of mobile support services at the Moore Street Precinct.

“I was also vocal in supporting a medical respite centre for homeless only a few minutes from my own home.”

Carey said if he had his time over he would not have taken the same position he did 10 years ago.

“Thankfully the City of Vincent council made the right decision and approved the homeless service. It exists to this day and is doing great work,” he said.