Man, 86, puts an ad in the local newsletter for smartphone lessons – and now he’s friends with the 23-year-old woman who volunteered

It’s here she saw one that caught her eye, reading: ‘Smartphone tuition required by intelligent pensioner.’

‘Intrigued, I called the number listed in the ad and left a message on the landline saying I’d be interested in helping,’ Adele tells Metro.co.uk.

‘A few days later I was sitting in Tony’s flat, holding his Tesco mobile smartphone while showing him how to turn it on and unlock it.’ 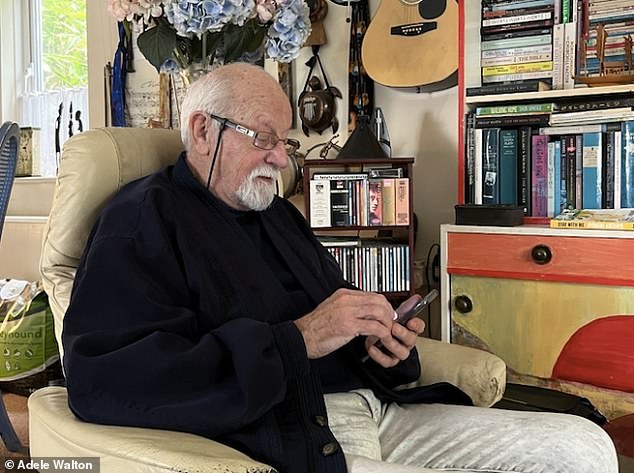 Tony, 86, advertised in a local newsletter for someone to teach him how to use a smartphone and he met Adele, 23, who he’s now become friends with

While not a teacher, Adele knew she had a lot to offer Tony. Having received her first phone age 13, she’d grown up using iPhones.

A decade later, she refers to using new technology as ‘second nature’.

Tony, on the other hand, was a complete novice.

Adele recalls, ‘Tony had gone back a couple of times to the shop where he had first bought the phone to ask the people working there to show him how to do things – but he eventually stopped doing this as it didn’t feel comfortable. 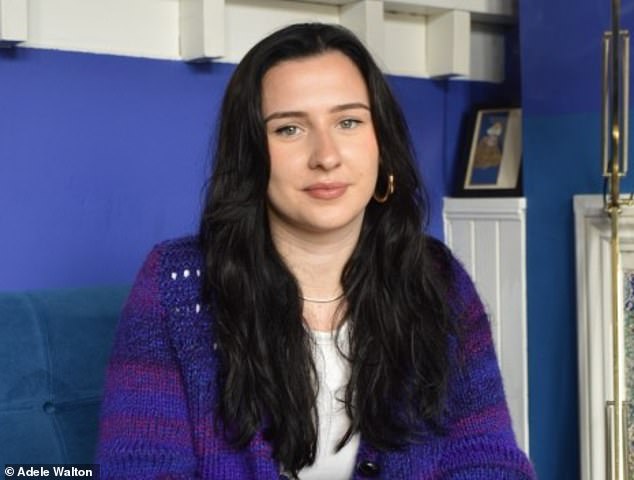 Adele, 23, helped ‘complete novice’ Tony use his smartphone and now he can use Google Maps to find his way to a cafe to meet her for a chat

‘He felt they might be getting tired of teaching him the basics.

‘And when I found out that Tony had been paying a monthly contract for over a year only for this phone to be sitting in its box untouched, I was determined that our weekly sessions would teach him whatever he wanted to know.’

At first, they started with the basics: making an answering calls. But over their hour-long weekly sessions, the pensioner also became familiar with texting, video calling, sending photos, and checking bus timetables.

‘Tony and I went from communicating solely by landline – with him avoiding his mobile phone between our sessions – to him being able to use his phone to check Google Maps to get to the local café to meet me.

Over three months, Tony’s confidence in using his phone has come on leaps and bounds, and it seems his initial prediction was right.

The first time he met Adele, Tony said, ‘You’re going to have a colossal impact on my life.’

Visit Metro.co.uk to read the full version of this article

Spreading a biccy joy! Generous woman, 93, has been leaving biscuits out for the bin men every single week for FIFTY years

Single mother, 33, who lost both her parents befriends a housebound pensioner, 74, after learning that loneliness is as damaging as smoking 15 cigarettes a day

‘I’ve lost 2st and haven’t spoken to another human in three weeks’: Pensioner, 77, who can’t afford to eat, let alone socialise, shares the reality of the cost of living crisis