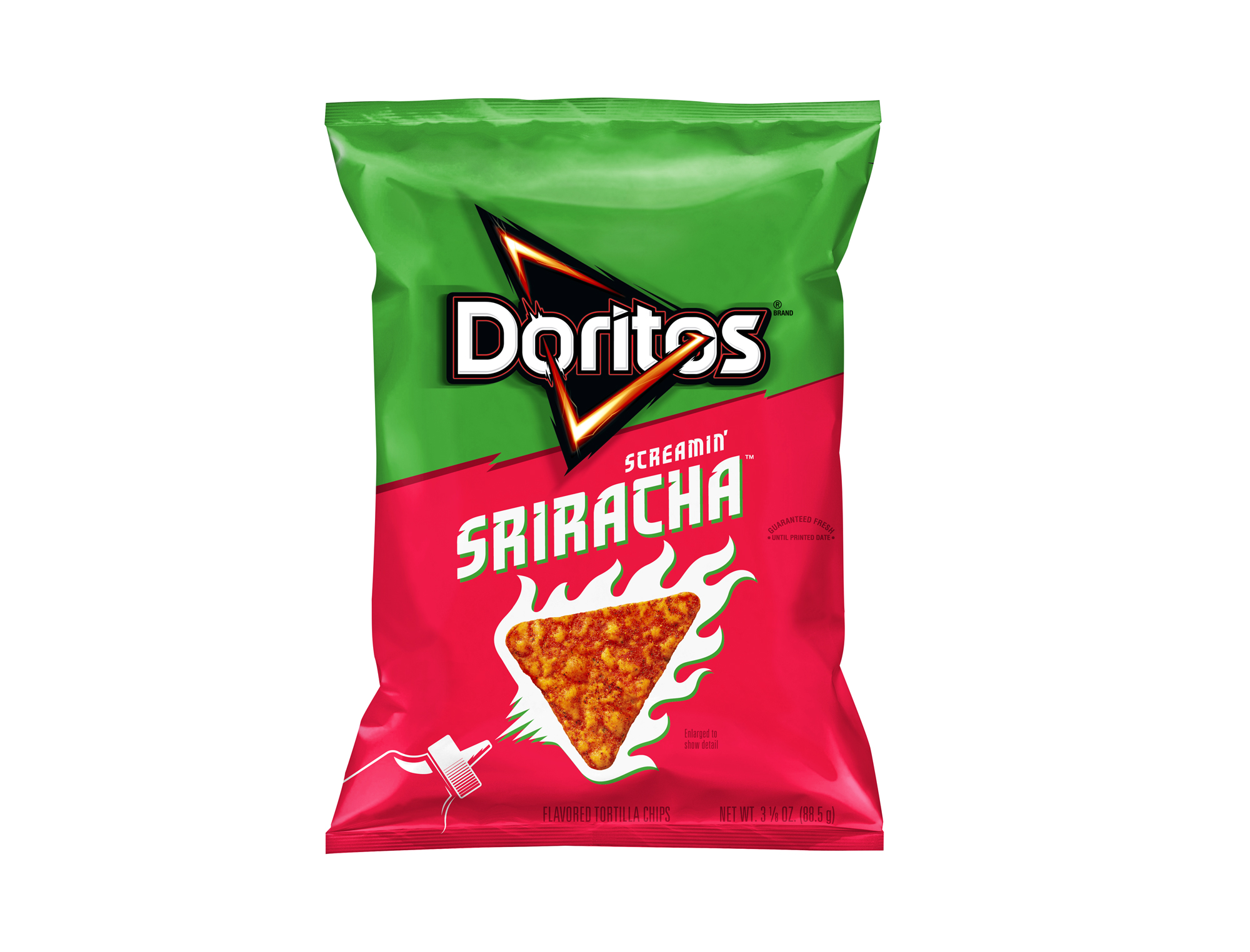 Doritos just got a lot spicier! On Thursday, October 3, Frito-Lay, the maker of the popular snack food, announced that a new, bold flavor was joining the chip lineup.

The alliterative new variety is called Screamin’ Sriracha, and as you may have guessed, it consists of cheesy Dorito chips combined with a flavorful dose of the sweet yet spicy chili sauce that originated in Thailand.

The chips, which are now on sale for a limited time, are said to boast “another level of boldness” and are described as the “perfect balance of punch and spice for bold, food-curious snackers.”

Furthermore, given that this is the first new Dorito variety Frito-Lay has released since Flamin’ Hot Doritos hit store shelves in January, the brand is going all-out for this debut. More specifically, to kick off the launch, Doritos is partnering with Activision’s Call of Duty franchise to bring the ultimate snacking experience to life for its fans in time for the highly anticipated release of Call of Duty: Modern Warfare.

While Flamin’ Hot Doritos were met with a lukewarm response when they debuted earlier this year, people seem really enthused about the Screamin’ Sriracha variety. “The new Sriracha @Doritos SMACK!” one fan declared. Added another: “Is anyone else’s mouth watering?”

This spicy new snack is now available at retailers nationwide. Large bags cost $4.29, while a smaller serving is available for $1.89.

Tell Us: Would you try Screamin’ Sriracha Doritos?