Netflix has dominated the Golden Globes awards after the 2021 nominations were announced on Wednesday.

The streaming service walked away with 20 TV nominations and 22 film nominations. Next in line for most movie nominations was Amazon Studios with 7 and for TV, HBO has 7.

It's no surprise since during the pandemic Netflix was consistently dropping new content every month and will reportedly spend about $19 billion on video content in 2021.

Netflix secured three out of the five nominations for best drama TV series — "The Crown," "Ozark" and "Ratched" — and four of the five acting nods for best actress in that category for Olivia Colman, Emma Corrin, Laura Linney and Sarah Paulson. 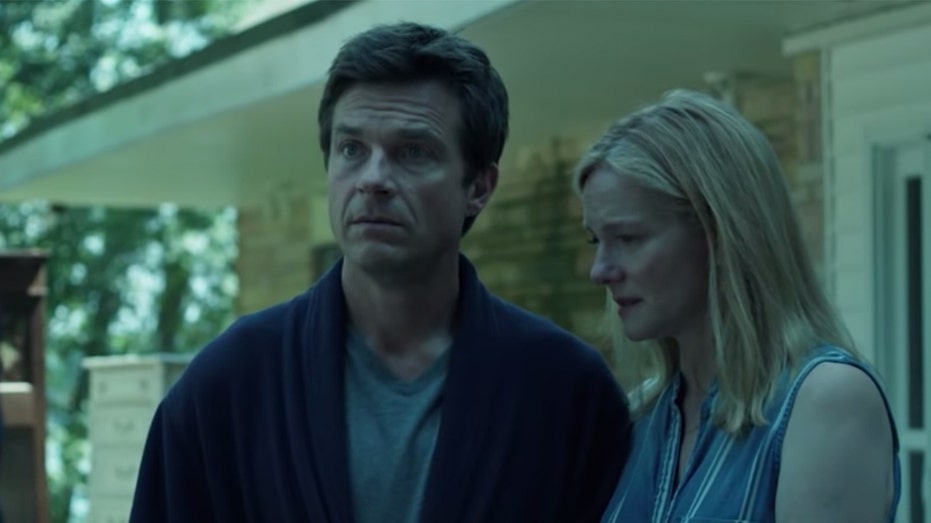 Jason Bateman and Laura Linney in a scene from ‘Ozark.’  (Netflix)

The service's big brother, HBO, earned seven nominations thanks to the psychological thriller "The Undoing" and "Lovecraft Country," a horror series that mixes the supernatural and racial inequalities.

GOLDEN GLOBES 2021 HOSTS TINA FEY, AMY POEHLER WILL APPEAR ON OPPOSITE COASTS DUE TO THE CORONAVIRUS

"The Crown" — tracing the history of Queen Elizabeth II — roared to the top of all TV candidates with six nominations, including lead acting nods for Coleman, Corrin and Josh O'Connor as well as supporting nods to Gillian Anderson and Helena Bonham Carter.

"The Great," the coming-of-age comedy Hulu series about Russia’s Catherine the Great and her scandalous ascension to the throne, got three nominations — for best musical or comedy TV show and stars Elle Fanning and Nicholas Hoult. Another crown-connected period piece "Brigerton" failed to earn a single nod despite its popularity. 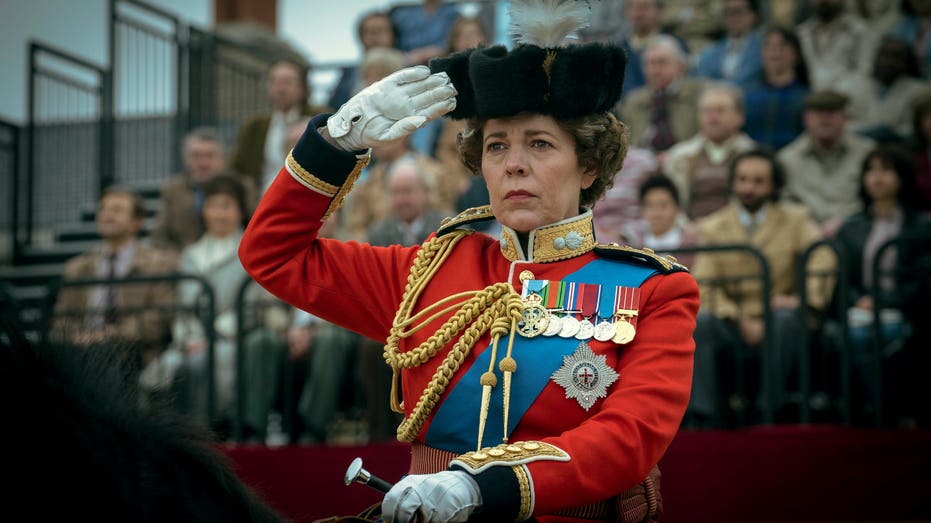 Olivia Colman as Queen Elizabeth II in ‘The Crown.’ (Netflix)

Apple TV+ scored with the debut series of "Ted Lasso," in which Jason Sudeikis plays an American football coach who takes charge of an elite British soccer team despite having little knowledge of the game. The show was nominated for best comedy and so was Sudeikis.

Other best comedy actor contenders are Eugene Levy for "Schitt's Creek," Don Cheadle from "Black Monday," Hoult from "The Great" and Ramy Youssef from "Ramy," who currently owns the category crown. 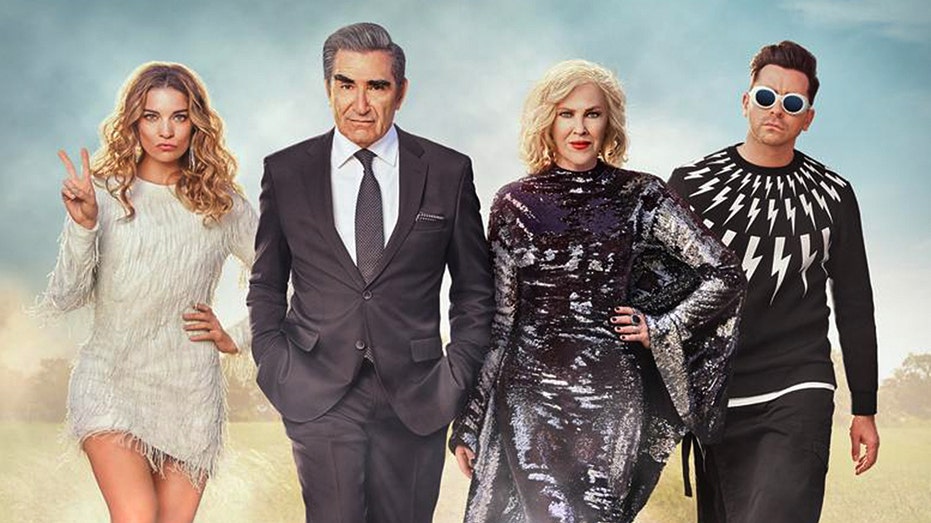 Netflix's "Ratched," Ryan Murphy's backstory of the notorious nurse from "One Flew Over the Cuckoo’s Nest" earned three nominations despite poor reviews. Stars Sarah Paulson and Cynthia Nixon both got nominations.

"Ratched" will do battle for the best drama on TV with "The Crown," "Lovecraft Country," "Ozark" and "The Mandalorian." Last year, "Succession" won it.

The 78th Golden Globes will for the first time be held bicoastally, with Tina Fey live in New York and Amy Poehler in Beverly Hills, the Hollywood Foreign Press Association said Tuesday, as the annual Hollywood ceremony adapts to the pandemic.

The Globes are scheduled to take place Feb. 28 on NBC.