Home » Lifestyle » My facial scars are not your Halloween costume 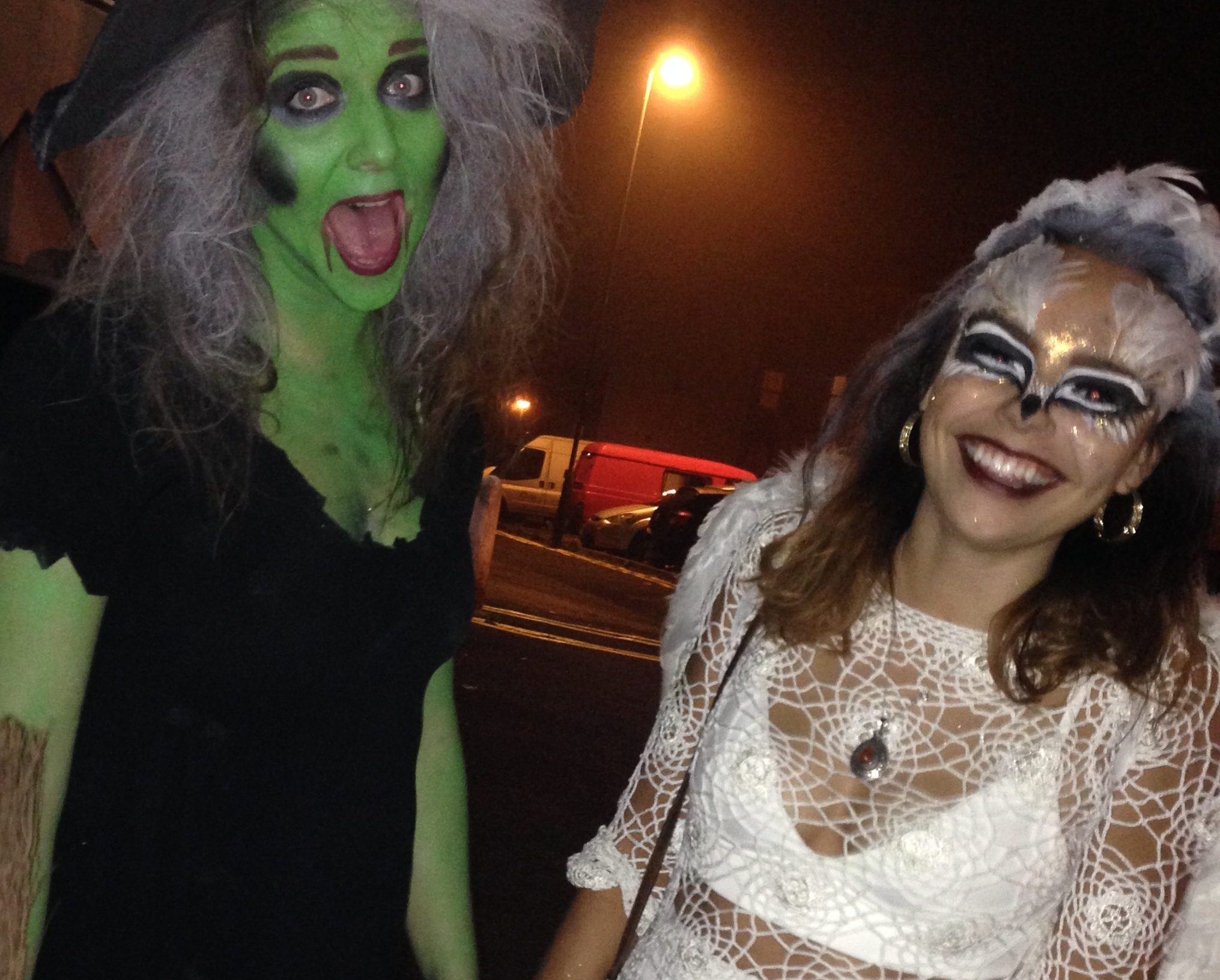 ‘Are you wearing makeup to look like scars?’, an acquaintance turned to me and asked one Halloween.

They hadn’t seen me since my car accident and clearly hadn’t heard about it either. I was stumped; I mumbled a ‘no, they’re real’ and then left the situation sharpish.

I wish I had responded something like, ‘Nope – just my actual face. But thanks, I’m glad you think it looks like a Halloween costume’.

These kinds of comments are commonplace for me, and for countless others with facial differences to hear in October. Jibes like, ‘Well you don’t need a mask with a face like that’ have been hurled at young people I’ve worked with in the past.

For me, I could be ordering a drink, or just doing my weekly food shop, when the question about whether I am wearing prosthetics makes an appearance.

Each and every time I’m left feeling like everyone’s looking at me. Pitying the poor girl with a scarred up, ugly, scary face.

Growing up, I loved fancy dress. I fondly remember my entire family getting dressed up to see Star Wars in the cinema a couple of years ago. However, in recent years I have started to dread October rolling around as the supermarket shelves start to be lined with ‘create your own scars’ kits.

Everything changed when I was in a car accident aged 22. It happened back in 2015, when I woke up in a van on the side of the road in Ghana. Feeling that my face had been completely cut open by glass in that moment, I was too caught up in thinking I was going to die to really think about how I’d be living with the memory of this accident, branded across my face, for the rest of my life.

Unlike the people dressing up with scars, wounds and masks for one night, I can’t take my scars off at the end of the day. I can’t shed myself of these marks of ‘horror’.

I have actually looked in the mirror and been met with real blood, real wounds, real stitches, and felt as though the face staring back at me could be a Halloween costume.

It’s utterly exhausting when 31 October hits every year; it feels like I am destined to relive this experience every time I see people dressed up in a way that makes light of what I’ve been through.

I get this gut-wrenching feeling every year and it used to floor me. I’d feel anxious and exposed. Now I just feel angry. Why has the appropriation of facial differences been commercialised by businesses, costume makers, film makers?

Why is it still okay to subject an entire community to this every year? How the hell are we supposed to embrace our differences when the world keeps telling us they’re ugly and scary? I love my scars now – in spite of the messages I’m constantly bombarded with.

I also love fancy dress, and can totally get behind creative costumes. But sticking some scars on your face and calling it dress up is insulting. My trauma is not something I want to see used for a ‘fun’ or ‘scary’ outfit.

I have to ask, why are we once again telling kids to be afraid of facial differences, or that we exist as a community merely to be mocked and mimicked? I recently spoke about the harms caused to the facial difference community when our real-life experiences are appropriated in film and TV to invoke fear – specifically in relation to the latest Bond film.

Scars and differences have long been donned by actors to portray to viewers that they’re the villain, and that their faces are the visual cue to tell you they’re untrustworthy. It’s an undeniably harmful message for our community, which plays into the historically upheld myth that disfigurements must be the mark of a damaged person, as though we’re to blame and we are deserving of prejudice.

You may be shocked when you first meet us. You might never have seen someone who looks different. You might not know where to look or what to say. We get that – it’s indicative of poor representation. But we are human too, and portraying us as something to fear doesn’t just hurt, it’s actually outright discrimination of a marginalised community.

I think it’s pretty human to be squeamish. Blood guts and gore are in horror movies for a reason. But when a costume mimics a real-life scar, a real-life condition, for no other reason than to create a fear attached to that appearance, do we really have to add insult to injury? Pun very much intended!

Last year a friend of mine was dressed as a sexy Freddy Kreuger at a Halloween drag brunch. This being a character that is a prime example of burn scars characterised as a device to invoke fear. It was a little awkward when we saw each other, but we spoke about it and they got my point the moment I voiced it.

I would expect the same from them if ever I was to do anything that offended them. We are all learning about inclusion and acceptance, more so now than ever.

So there will be times we get it wrong, but we must also take the opportunities to learn about how to better understand how behaviours accepted in the past are not acceptable now.

The world is changing for the better. Please catch up, and stop leaving the facial difference community behind.