Life hack: Dad shares his tips for school lunches on a budget

The trick, which costs just 89p to do, has been met with grateful responses from hundreds of parents after going viral. Veronique McDermott shared the life hack in the Family Lockdown Tips & Ideas group on Facebook after her five-year-old daughter’s newest pair of shoes were scuffed after just three weeks of use.

She used a black Sharpie pen and nail polish to try to cover the marks, though nothing appeared to work.

It was at this point that the mum tried something unprecedented – electrical tape.

The 89p tape was so effective at concealing the scuffs that Ms McDermott is doing the same thing again on her daughter’s latest pair of £12 school shoes. 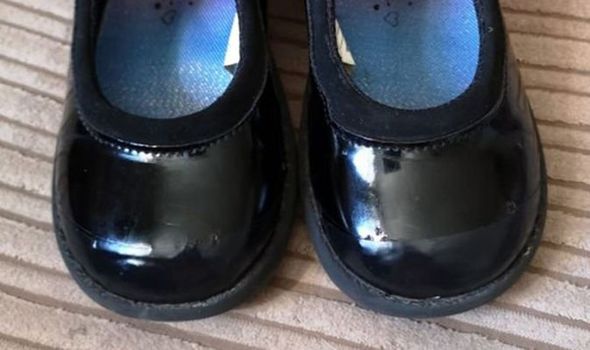 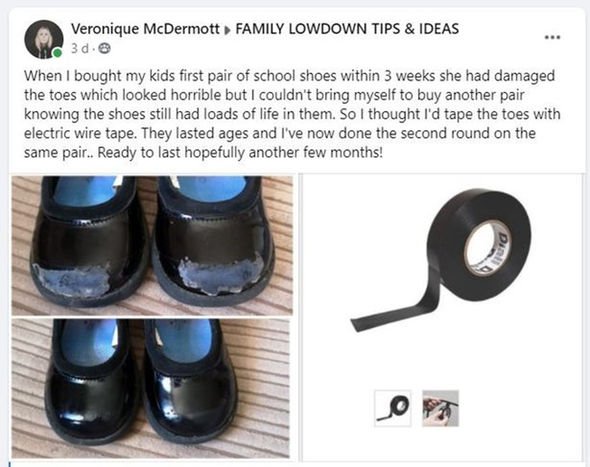 Writing in the Facebook group, she said: “When I bought my kid’s first pair of school shoes within three weeks she had damaged the toes which looked horrible but I couldn’t bring myself to buy another pair knowing the shoes still had loads of life in them.

“So I thought I’d tape the toes with electric wire tape. They lasted ages and I’ve now done the second round on the same pair.. Ready to last hopefully another few months!”

The post has been met with an overwhelming response from other parents who had also never thought of the inventive idea before.

One commented: “I’m on my third now at school and this is actual genius lol!! So simple and I’ve never thought to do this! Thank you lol! X” 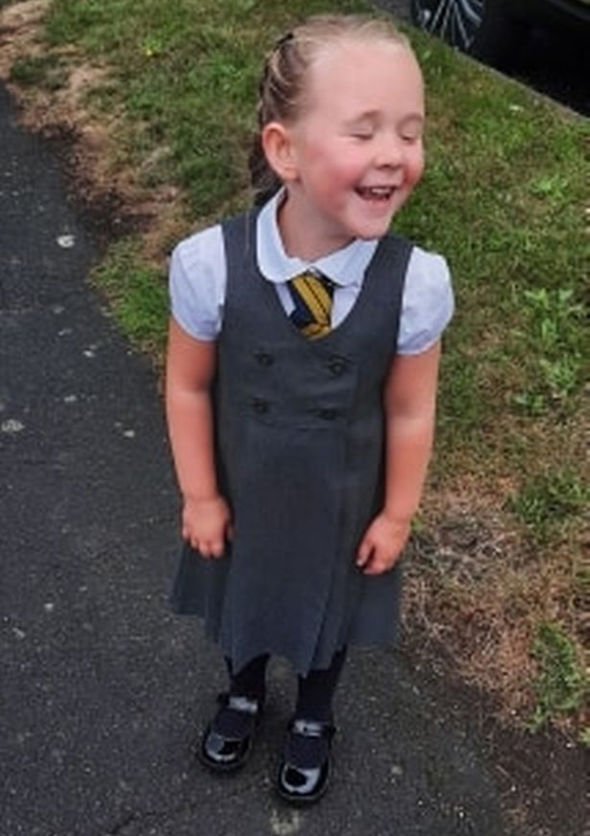 Speaking on the Manchester Evening News’ Manchester Family group, Ms McDermott said: “I was disgusted with the idea of throwing away nearly-new shoes and thought of loads of different ways to rescue them.

“I tried nail polish and Sharpie and it didn’t last or looked really obvious. I saw the tape and thought to try it and it looked amazing.

“When my friend asked if I could do the same with her daughters shoes I realised other mums might find it useful. So I shared on the group not expecting such a huge response.”

The mum-of-one claimed that “not a single person has noticed the shoe repair” and that when she makes people aware of the tape, they are all shocked at how close to brand new it has made the shoes look.

DON’T MISS
Harry ‘taken aback by cold reception’ from Royal Family [VIDEO]
How the site of Chernobyl became a home for hundreds of dogs [INSIGHT]
Why millions are missing out on iOS 14.5’s most useful iPhone upgrade [REVEAL]