A young mum says her 36K breasts are ruining her life.

Strain on her back made it difficult for the young mum to work, so she gave up her job working as a soft play supervisor.

Her boobs have also been a cause of depression and anxiety – so she’s determined to get rid of them in order to live a “pain free life”.

Dani, from Caerphilly, South Wales, first started experiencing problems with her boobs at the age of 12.

She says they “grew overnight”, making her stand out from her classmates.

The mum says she also attracted the attention of pervy men when she was a teen.

She recalled: “When I was a teenager I’d walk to school in my uniform and men would stop and beep the horn, shouting at me to go home with them.

“The attention I got was disgusting.

“My mum actually ended up walking me to school – even when I was in secondary school. 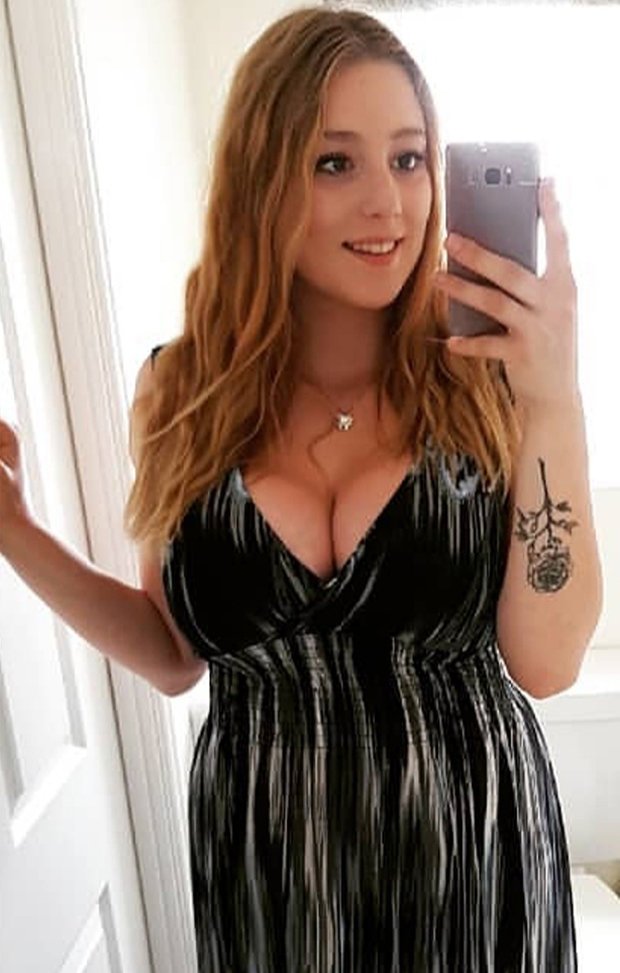 As she reached adulthood, Dani’s breasts had grown to a 36F in size.

And her boobs grew even bigger when she fell pregnant with her son, Theo.

The mum explained: “When I was pregnant they became freakishly big and now they just won’t go down.

“They’ve always been very big for my frame but, over the last eight years, they’ve gradually grown from a 32D to a 36F and are still growing, despite the rest of me staying slim.

“I was hoping Theo would suck any life left in them out, by breastfeeding, but no, they’re not going anywhere.”

Dani, who is a slim size 12 on her bottom half, says her bust gets in the way of her everyday life. 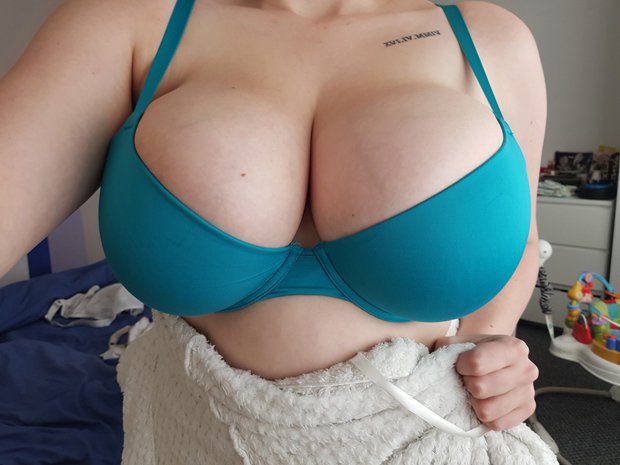 She said: “I used to work as a play supervisor, but I had to give it up because of the strain on my back.

“It feels like I’m carrying heavy shopping bags around all the time. And it’s not like I can put them down.”

The mum also battles mental health problems as a result of her cleavage, which is largely down to the cruel comments made to her from strangers.

She said: “Being pregnant meant I was even more off balance.

“It wasn’t just the men, there was a lot of negativity from women.

“People judge you thinking you must have had a boob job.

“Women would say, ‘look at the tits on that’ or ‘look at the state of that,’ while their boyfriends would stare. They would look at me like I was a piece of dirt. It was really embarrassing.

“People are quick to assume you will sleep with them because of having big boobs for some reason, too…

“I’ve suffered from anxiety, stress and depression because of my breasts.

“My confidence has plummeted because I fear being judged. 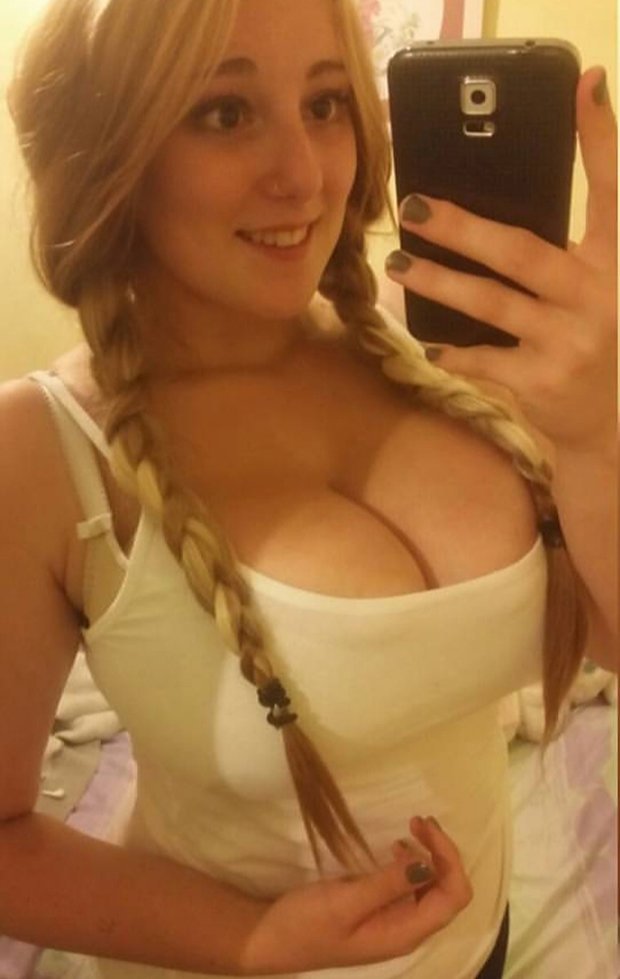 Dani, who is forced to fork out £30 to £40 on custom-made bras, hopes she can get a breast reduction in the future.

But sadly, she doesn’t believe this will happen any time soon due to her financial constraints.

The mum said: “Getting rid of these boobs is my only chance to live a pain free life.

“I honestly think it would give me my life back.

“I’d be able to get back to work and go out feeling confident.

“I’m trying to save but at the moment I’m on universal credit and only get about £70 a week so it’s really hard.

“It will take me years. I’m reluctant to crowdfund as I’m worried that people will judge be even more so it’s a case of trying to put money away when I can.”

Dani has tried to get a referral for an NHS breast reduction, but she’s been turned down by two GPs.

If she pays for her own surgery, she’ll need to save up £6,000 and go privately.

The Welsh Health Specialised Services Committee, which plans specialised services on behalf of local health boards in Wales, said that access to plastic surgery services for breast reduction will be considered where there is ‘”significant pain or discomfort which affects daily activities and is not amenable to routine treatment”.

A spokesperson said: “NHS Wales will not routinely fund breast procedures unless treatment is deemed medically necessary and conservative treatment options have been exhausted and/or there is evidence of significant impaired ability to perform activities of daily living which has been formally assessed.

“Psychological distress alone will normally not be accepted as a reason to fund surgery.

“Surgical intervention will be considered for patients enduring significant clinical symptoms which include at least two of the following for a year – significant chronic pain in the neck, upper back, shoulders, skin problems including pain, discomfort, ulceration.

“Significant chronic pain symptoms persist as documented by the referring clinician despite a six month trial of therapeutic measures including supportive devices – a bra of the correct size, analgesic (painkillers) interventions and a completed programme of physical therapy, exercises or posturing manoeuvres.

A spokesman for the local health board, Aneurin Bevan University Health Board added: “We are unable to comment on individual cases.

“We would encourage Danielle to contact us so we can look into this and discuss her concerns.”