Mother appeals for help in finally solving the mystery of her son, 32, who disappeared after leaving the pub days before Christmas 2015 – after the heartbreak of believing his remains had been found

A mother whose son vanished more than five years ago has appealed for information to finally solve the mystery of what happened to him.

Chad Gibson, then 32, was last seen on 19 December 2015 in Newquay, Cornwall. He had been at a pub with a friend but left at around 6pm after reportedly having a confrontation with a group of men over a woman he had recently met.

Footage taken from nearby CCTV cameras show Chad checking his reflection in a shop window and crossing a road. He hasn’t been seen or heard from since.

Speaking on the Missing Podcast, his mother Sharon launched an emotional appeal for information, saying she is desperate to know what happened to her ‘baby boy’.

‘This is my child, somebody I carried, taught to do his shoelaces. This is my child,’ she said. ‘I need to know because nothing has changed since the day he walked out of the door, and this is five years on. My heart, my heart is broken.’ 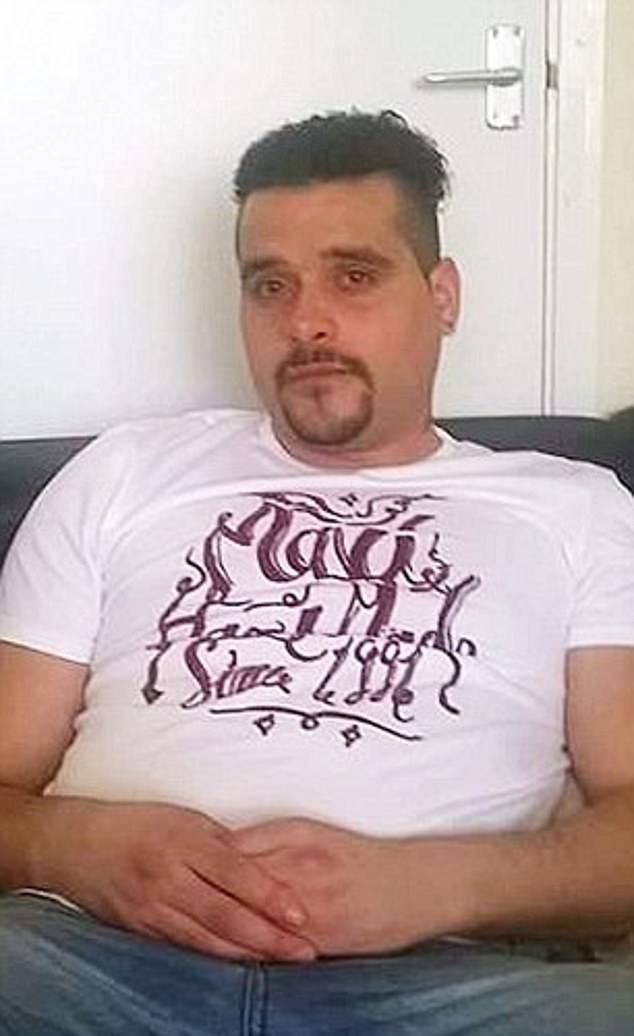 Missing: Chad Gibson, then 32, was last seen leaving The Central pub in Newquay, Cornwall, on the evening of 19 December 2015. His mother has launched an appeal for information 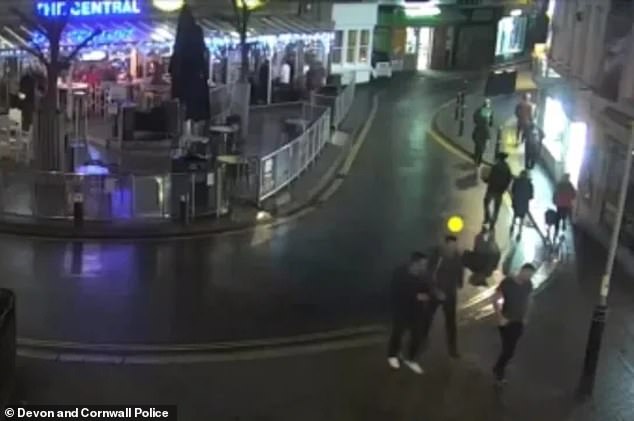 Night of his disappearance: Chad was captured on CCTV as he left The Central pub, in Newquay, shortly after 5pm on December 19. He later returned to the pub before leaving again at around 6pm. He was captured on a handful of CCTV cameras before disappearing

Chad was raised in west London before moving to Cornwall, where his father lived, when he was 17.

The teenager quickly settled into the outdoorsy lifestyle. ‘He had his shorts and flip-flops on all the time,’ Sharon continued. ‘He loved surfing, going to the beach, he loved nature walks. He would walk for hours.’

Sharon later followed her son to Cornwall and settled in St Austell, near Newquay.

By his mid-20s, Chad had welcomed a daughter. While his relationship with the mother didn’t last, he remained hands-on father.

‘The relationship between his daughter’s mother and him had broken down but they still remained friends and he still contacted his daughter and took her out, and did the things that dads do,’ Sharon said. 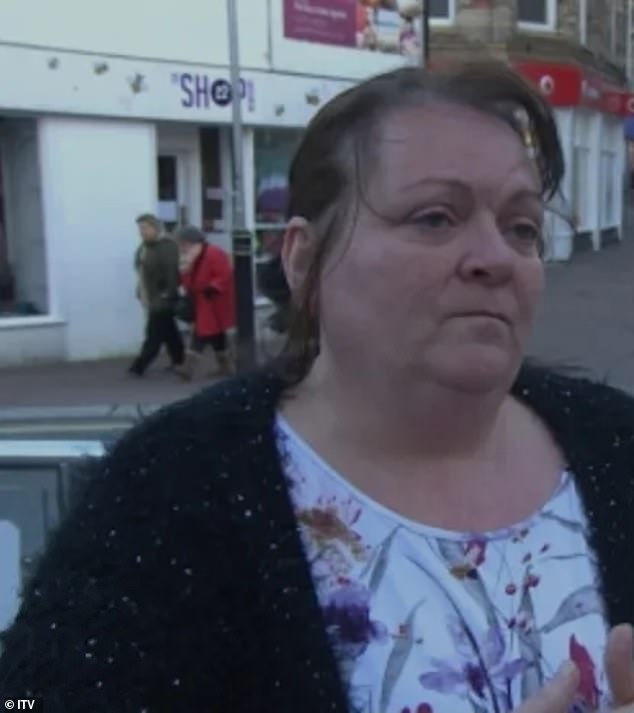 Desperate: Speaking on the Missing Podcast , his mother Sharon launched an emotional appeal for information, saying she is desperate to know what happened to her ‘baby boy’

At the time of his disappearance, Chad was single, happy and looking forward to the year ahead.

The day before he went missing, Chad excitedly told his mother he had met a woman the night before and he ‘really liked her’.

Can YOU help find Chad Gibson?

The Missing Podcast, in collaboration with missing persons charity Missing People and community interest group Locate International, is looking to speak to anyone who might have information.

They are looking to speak to:

The following morning, the last Saturday before Christmas, Chad had plans to head into the small town of St Austell.

‘He brushed his teeth, got changed, said “Mum, I’m going out, I’ll see you later”.

‘And it started to rain slightly and I said to him, “Do you want an umbrella?” He said “no” and he goes, “see you later”. And that’s the last time I saw my son. It was around 11am.’

Chad didn’t come home that night but Sharon thought he was ‘out having fun like everyone else that time of year’.

‘It’s not unusual for Chad to link up with some friends and come home the next day. So I just assumed he would be back either that night or Sunday, or Monday at the latest.’

But the days came and went, and Chad still didn’t come home. Sharon started to panic but tried to reassure herself that he was just having a good time with friends.

It was on Christmas Day, after Chad didn’t get in touch, that Sharon realised something must be wrong.

‘I totally panicked, I didn’t get a message, or a “Happy Christmas Mum” or anything,’ she recalled.

Sharon, who had spent Christmas with her daughter in Watford, returned to St Austell on Boxing Day.

‘There was no sign of him whatsoever, he hadn’t been home at all,’ she said.

Chad was reported missing to the police but the case wasn’t treated as a priority, according to Sharon. Officers believed he was simply partying over the festive season. 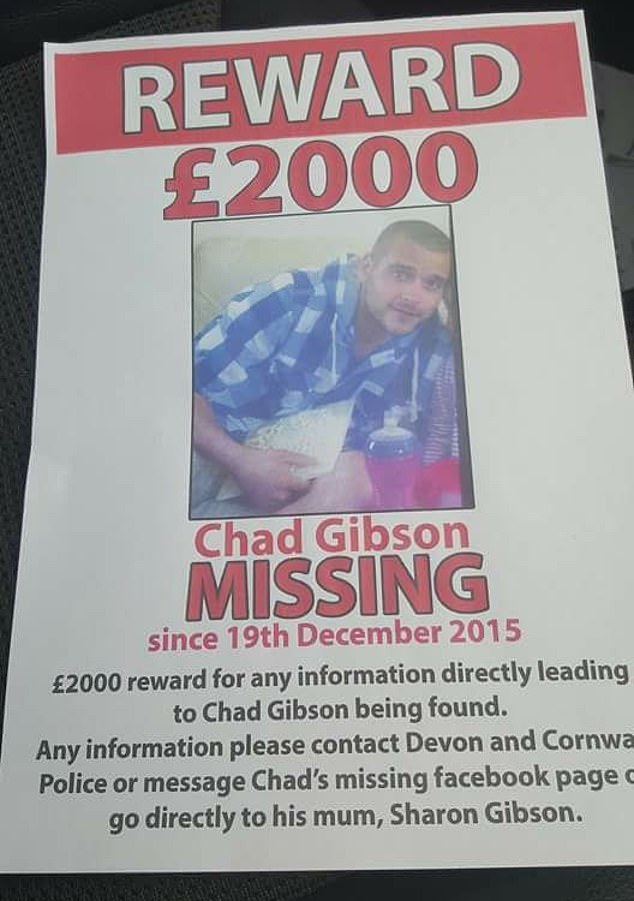 Appeal: In August 2016, Sharon thought she might finally have answers when police informed her human remains had washed up in Tregurrian, a Hamlet north of Newquay. However months later, DNA results revealed it wasn’t Chad. Pictured, a missing persons poster

After a social media appeal, Sharon learned her son had been in The Central pub in Newquay on the day he disappeared.

Chad had been speaking to a friend about the woman he had met when he was overheard by a man claiming to be the woman’s ‘on-off’ boyfriend.

Chad reportedly tried to diffuse the situation, apologising to the man and explaining that he didn’t know she was in a relationship.

The man and his friends reportedly followed Chad into the toilet where there was a confrontation. The men also allegedly took a photo of Chad. 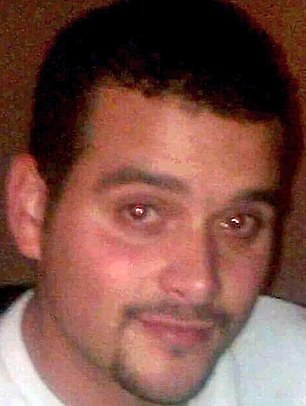 ‘I find that very, very strange,’ said Sharon. ‘Why would you take a photo of my son?’

Chad left the pub at around 6pm and was captured by CCTV as he crossed the road. He was never seen again.

‘How can you disappear off the face of the Earth?’ asked Sharon. ‘Somebody must have seen something.’

Sharon acknowledges that her son might have been murdered, but said she wants to know either way.

In August 2016, Sharon thought she might finally have answers when police informed her human remains had washed up in Tregurrian, a Hamlet north of Newquay. However months later, DNA results revealed it wasn’t Chad.

Speaking at the time, she said: ‘Can you imagine what I’ve been through? Everybody thought the body found in Newquay must be Chad.

‘I thought so too. I had been preparing myself for the worst and was even organising his funeral. And then I got this phone call from the police saying that the DNA had established it wasn’t Chad.

‘I have been grieving for someone else’s son. I want to know who that person is. That person also has a mother and his family are in my prayers.’

Now Sharon wants anyone with information to come forward.

‘Loyalties change. Somebody might have wanted to say something but was frightened… But it’s been five years now. I’ve always believed the truth will come out one day. I am hoping somebody with a bit of a conscience will make that phone call.

‘I don’t want to die and not know where my child is. So please, please just let me know.’