CHOCOLATE orange Shreddies are back seven years after they first launched, but you’ll have to be quick if you want to give them a try.

The limited edition flavour is available exclusively in Morrisons and a 500g box costs £2. 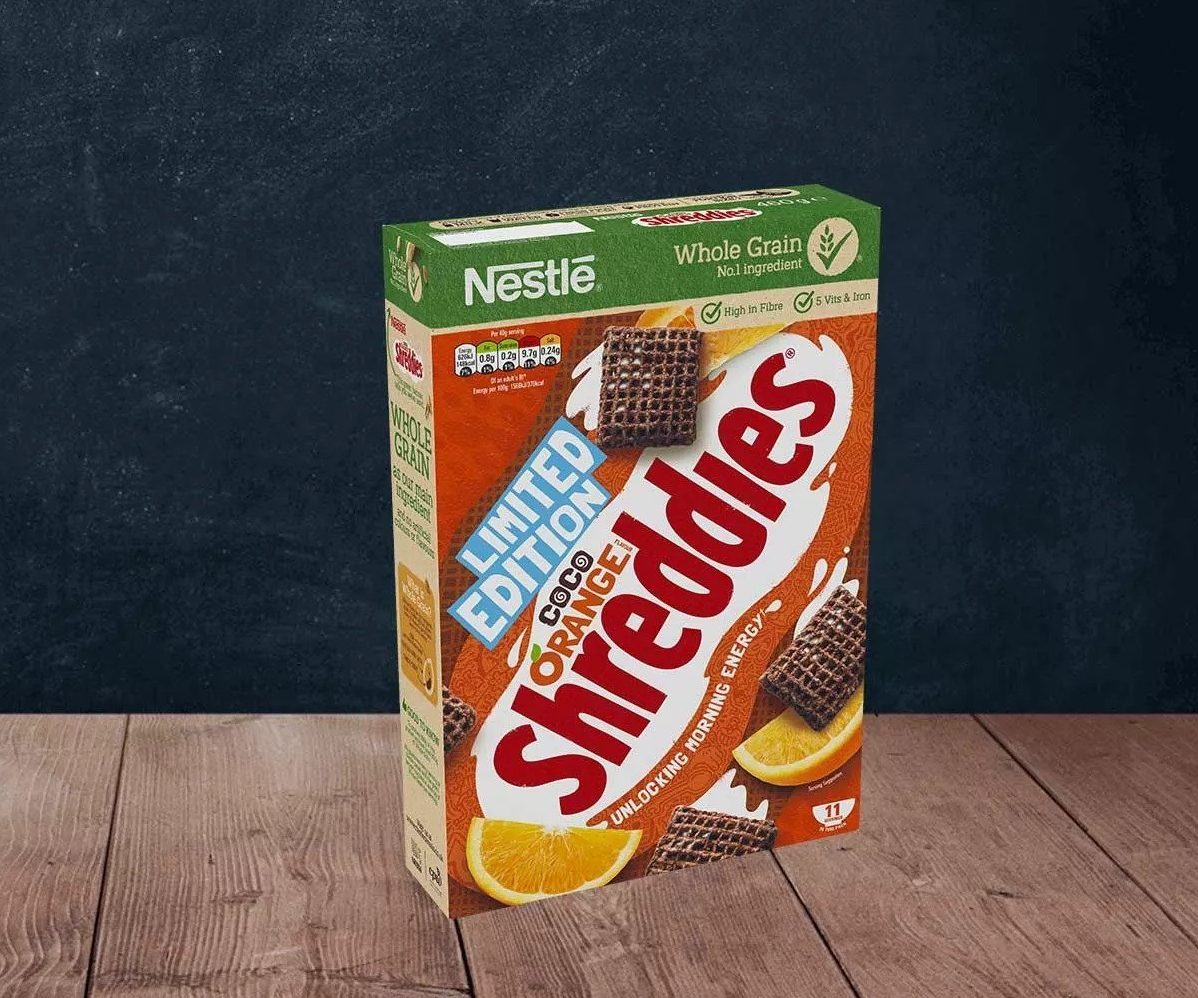 That makes it the same price as the chocolate Shreddies, which are currently on offer for £2, reduced from £2.75.

You can find it on shelves in Morrisons stores right now, but it’s only available until December 4.

But, you can’t buy this limited edition flavour online, so head to your nearest store to give this new cereal a try before it’s gone.

The flavour was last available in 2012, so who knows how long it will be until it comes back again.

You asked for it, so it's here! LIMITED EDITION Coco Orange Shreddies is back! Get them in @Morrisons stores while you can! 😋🏃🏃🏃 #shreddies #limitededition #morrisons #cocoorange #breakfast #countdowntochristmas #christmas #chocolateorange #yum

You asked for it, so it's here! LIMITED EDITION Coco Orange Shreddies is back! Get them in @Morrisons stores while you can! 😋🏃🏃🏃 #shreddies #limitededition #morrisons #cocoorange #breakfast #countdowntochristmas #christmas #chocolateorange #yum

Shreddies announced the news on its Instagram with the caption: “You asked for it, so it's here! LIMITED EDITION Coco Orange Shreddies is back! Get them in @Morrisons stores while you can!”

And, apparently, this festive cereal flavour is pretty tasty, one user said: “Guys I’ve tried them and they are just Christmassy amazing! Go and get them people!”

Another wrote: “I can confirm that these are very delicious and would highly recommend!”

Shreddies has also confirmed that this new flavour is vegan like much of its other products.

This isn’t the only limited edition flavour that Shreddies has dropped recently, it released a toffee and apple flavour for Halloween which was available exclusively in Aldi.

Other past flavours also include coco caramel, strawberries and cream, and apple and cinnamon – but all these flavours are no longer available.

You can find your nearest Morrisons store using its store finder.

Cadbury launched chocolate orange Twirls earlier this year, and they were so popular sellers were flogging them for £100s on eBay.

Chocolate orange After Eights are also a thing, and they are the perfect treat for Christmas.

And, Walkers has brought back its divisive Brussels sprouts flavoured crisps.