Former prime minister Scott Morrison faces an interrogation over his role in approving the illegal robo-debt scheme after a royal commission heard the advice the welfare recovery scheme needed legislative change had been inexplicably erased from the brief presented to the Coalition’s razor gang.

It was revealed on Tuesday that Morrison, as social services minister, told departmental staff to pursue the $1 billion-plus savings measure that became robo-debt, after officials told him it would need a legal overhaul. 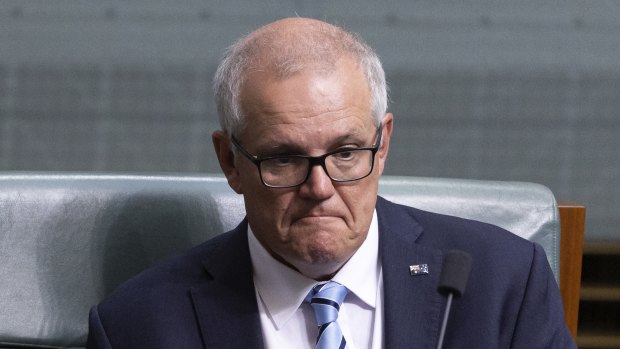 A briefing, signed and annotated by Morrison on February 20, 2015, agreed the Department of Human Services would continue to work with the Department of Social Services to explore policy and legislative changes to green-light the debt recovery scheme.

The scheme used Tax Office annual income data and averaged it over 26 fortnights, presuming income was the same across each, and put the onus on welfare recipients to prove they didn’t owe the government money.

A federal court judge found in 2019 that income averaging was unlawful, and the commission previously heard that legal advice was prepared for bureaucrats that showed it had no statutory basis.

Counsel assisting the commission Justin Greggery KC said on Tuesday the advice foreshadowing the need to change legislation appeared in draft briefs to the ministers before a final policy proposal went to the government’s expenditure review committee in March 2015 without it. 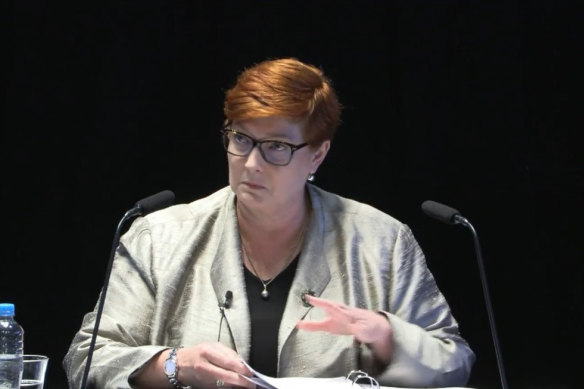 Liberal senator Marise Payne, who was human services minister at the time the program was being devised, fronted Tuesday’s commission hearings and confirmed that she signed and annotated an executive minute in early 2015 that said the proposal would need “legislative and/or policy changes” but said she didn’t know why the advice had later fallen “off the radar”.

“How did the identification of the problem in the lead-up to the final executive minute drop off the radar by the time it seems the expenditure review committee considered the proposal?” Greggery asked.

Payne replied: “I don’t know the answer to that question, and I say that in all transparency”.

He put two possible explanations to Payne: that either the advice had changed, or someone had simply removed it. Payne said she didn’t know. Asked whether it simply amounted to a shortcoming of bureaucratic advice, Payne replied, “that is a question I have asked myself”.

She told the hearing the briefings said the departments were continuing to work on prospective legislative changes and she expected updated advice would be brought to the relevant minister “as needed”, but that “did not come to pass”.

Payne told the commission that note reflected the Senate numbers, which involved a powerful crossbench “and the legislative environment at that time”.

While giving evidence, Payne said her “initial sense” is that she would have reviewed the final proposal that went to the expenditure review committee, which she attended in early 2015, but she could find no records confirming that.

Asked by commissioner Catherine Holmes whether it would be extraordinary if she hadn’t reviewed it, Payne said there were some 30 budget measures that went through her department.

Morrison will front the commission on Wednesday.

The royal commission later heard from a public servant employed to check Centrelink recipients’ debts under the robo-debt scheme.

Colleen Taylor wrote to DHS secretary Kathryn Campbell in January 2017 following an all-staff email assuring workers there was no change to the way the department was calculating debts. Taylor told Campbell there had been a “dramatic change” between the previous manual assessment of payment and income discrepancies, and the new system that relied heavily on income averaging.

Taylor said she told superiors “you just can’t do this to people” over the flawed debt calculation method she said effectively double-counted income.

She told the hearing one of her colleagues quit over the scheme while others discussed how they could stop it.

“There was a lot of discussion of just how unfair it was, and sympathy for the information that was out there in the media,” Taylor told the commission.

She said there were several examples of alleged debts where there was no real discrepancy, but one raised by the duplication of employers due to typographical errors in the records.