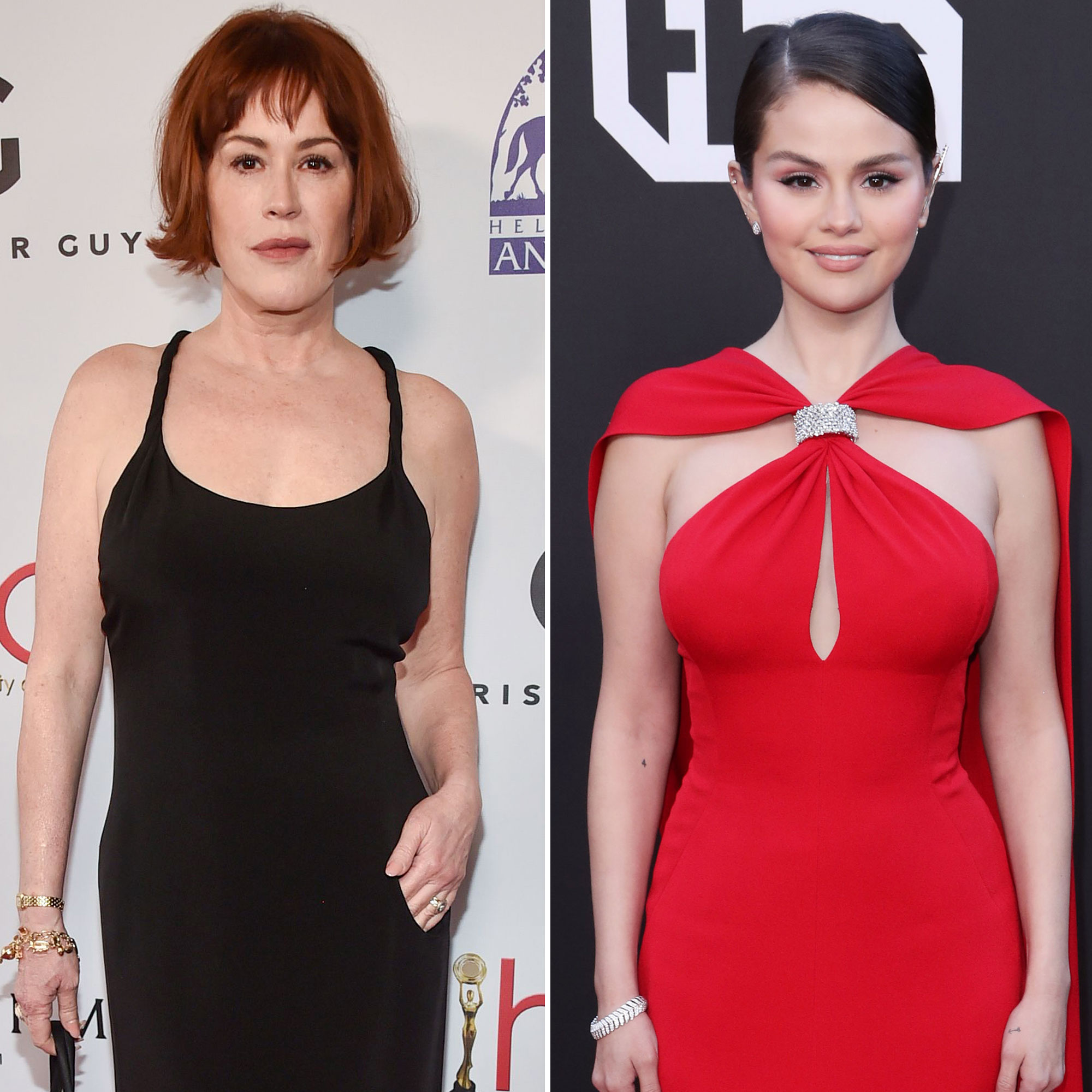 ‘Sixteen Candles’ Cast: Where Are They Now?

“I am so happy about that,” the Riverdale star, 54, told Deadline on Tuesday, March 22 about 15 Candles, which is based on the 1984 John Hughes romantic comedy. “I really do feel like when people always ask me about rebooting my movies, I am like, ‘No those movies were wonderful.’”

She continued: “But what they should do is take inspiration from them and do something completely different but inspired, so that just sounds fantastic.”

The Peacock series — which is executive produced by the “Lose You to Love Me” singer, 29 — centers on a group of four Latinas who are exploring what it means to leave their childhood behind through two major coming-of-age rituals: starting high school and celebrating their quinceañera. While 15 Candles is still in development, Ringwald is hopeful that Gomez and her fellow producers will consider casting “one of [her] daughters” as Samantha Baker, should the character return.

TV Reboots and Revivals: A Full Guide to What’s Coming

Sixteen Candles was Ringwald’s breakthrough role and her first collaboration with writer and director Hughes. In the film, the Pretty in Pink star plays the aforementioned Sam, a 16-year-old whose parents forget about her birthday amid the stresses of her older sister Ginny’s wedding. The teenager ends up going on an adventure to forget about her failed birthday only to discover that her crush, Jake Ryan (Michael Schoeffling), has finally noticed her.

Ringwald has previously spoken about the legacy of the films she made with the late director, who died in 2009 at the age of 59 after suffering a sudden heart attack.

“I recognize that those films are so meaningful for generations of people. I feel very protective of them, but at the same time I also have complicated feelings toward them,” the Jem and the Holograms actress told Vogue in a March 2021 interview. “I definitely feel like they’re flawed, and there are things I don’t like about them — the lack of diversity in particular always bothers me.”

Adding that she feels that Pretty in Pink is the “least problematic” of the three collaborations, Ringwald continued, “But I would say overall that I feel very loving and nostalgic towards the films I made with John. They occupy an important part of my life. … Teens have to navigate that while figuring out who they are, and I feel like there haven’t been enough movies that speak to that experience in a real way. That’s why something like [that] is still so special.”

Selena Gomez Through the Years

In addition to the unscripted series Selena + Chef and Living Undocumented, Gomez has also produced the Netflix hit 13 Reasons Why and Only Murders in the Building, where she stars alongside Steve Martin and Martin Short.