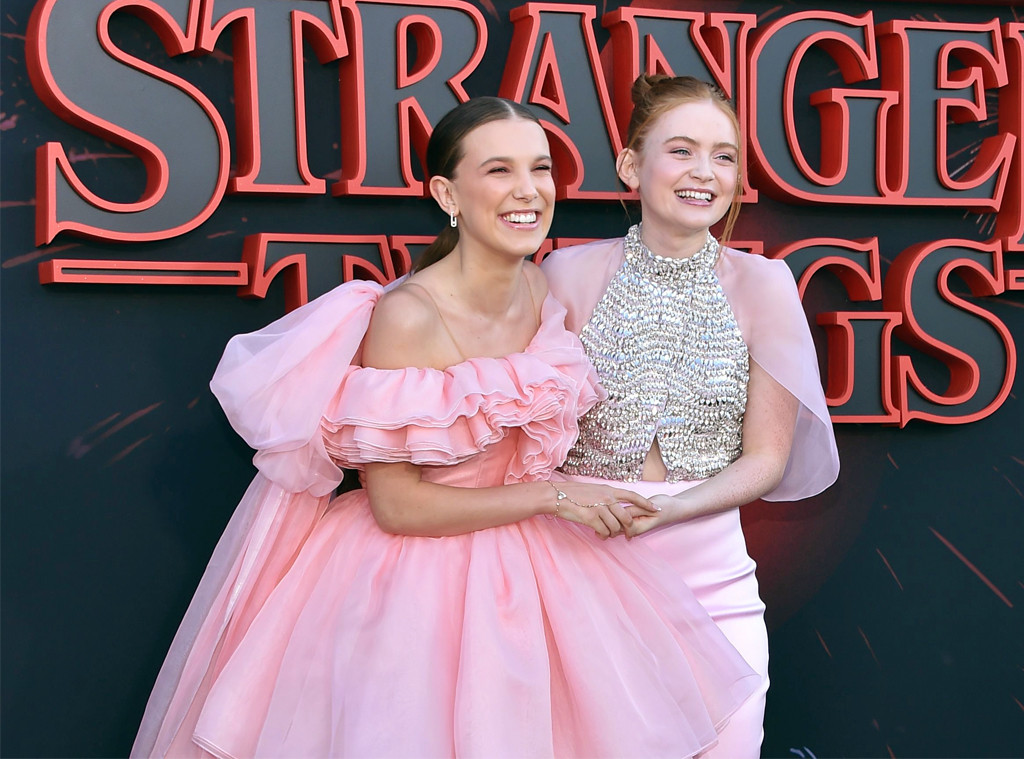 Are Millie Bobby Brown and Sadie Sink joining the cast of Broadway’s Frozen musical? After this performance they might be!

The Stranger Things co-stars took to Instagram on Thursday to share a hilarious and amazing behind-the-scenes video from their time on the set of their hit Netflix series. Between filming scenes for their show in Atlanta, Millie, 15, and Sadie, 17, put on an impressive performance of “For the First Time in Forever” from the iconic Disney movie.

“Frozen The Musical – featuring @sadiesink_ as Anna and @milliebobbybrown as Elsa,” Millie captioned the video on Instagram, along with a blue heart.

The video, which has received close to 10 million views in just 12 hours, is getting a lot of love from social media users.

Frozen The Musical – featuring @sadiesink_ as Anna and @milliebobbybrown as Elsa ?

Actor Sam Claflin, who is set to co-star with Millie in the upcoming movie Enola Holmes, also commented on the post, “More to come…” So, it sounds like we could be getting more Frozen-related content!

Fun fact: Sadie has actually appeared on Broadway in roles in Annie and The Audience. Take a look at her Frozen performance with Millie above!