Gorga, Giudice, and Gouda, oh my!

Wednesday’s episode of the “Real Housewives of New Jersey” opened in explosive fashion when Melissa Gorga called sister-in-law a “sick f–king bitch” in the midst of a Jersey Shore dinner party from hell.

“You just f–king stuck up for your ex-husband when we were defending you,” Melissa, 42, seethed while tossing a bowl of cheese cubes in the process. “What the f–k is wrong with you? You’re a sick f–king bitch.”

The night got off to a rocky start, as documented in last week’s episode, when fellow “Housewife” Jackie Goldschneider made a nasty quip about Teresa’s stint in prison.

Teresa, 48, was equally peeved that her family — including brother Joe Gorga — didn’t have her back.

Tensions continued to escalate when Joe tore into his sister about her now-ex-husband, Joe Giudice, whom Teresa had defended earlier in the evening.

“F–k that piece of s–t, he put my mother in her f–king grave. So I’m supposed to f–king like him? You f–king understand that?” Joe exclaimed.

Teresa and her brother Joe lost their mother, Antonia Gorga, in March 2017 at the age of 66. Their father, Giacinto Gorga, died last spring. He was 76. 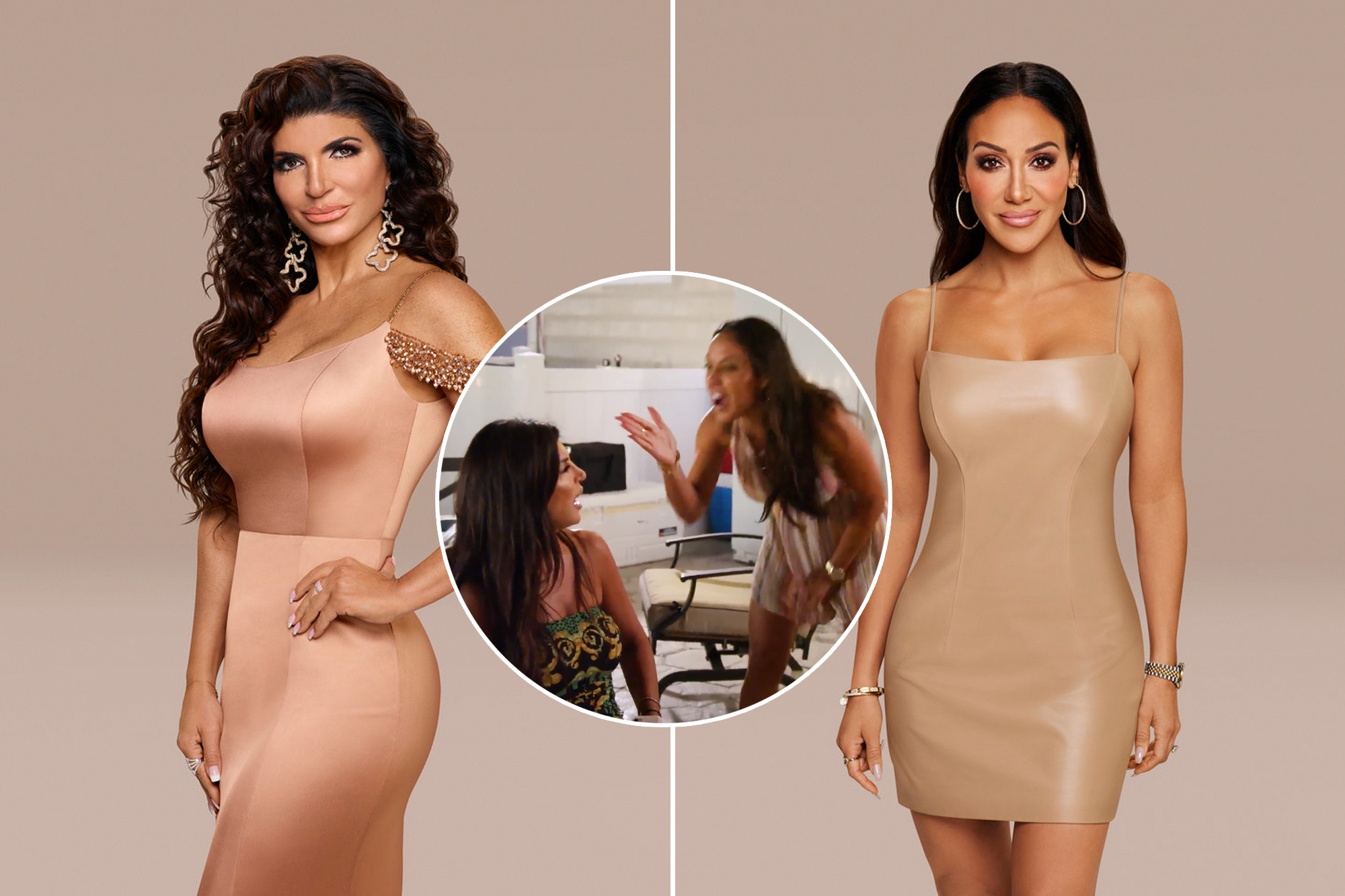 “I could’ve been with my mom those 11 and a half months,” Teresa told Entertainment Tonight at the time.

Teresa was sentenced to 15 months behind bars in October 2014 after pleading guilty to federal fraud charges. Her ex-husband also served a 41-month sentence and was deported to his native Italy.

Teresa and Joe finalized their divorce in September after 20 years of marriage.

Recently, Teresa spent time with her ex and their four daughters in the Bahamas, where she is currently vacationing with her new boyfriend, Luis “Louie” Ruelas.

The “Real Housewives of New Jersey” airs Wednesdays at 9 p.m. on Bravo.