After a rocky few years, the Melbourne Art Fair will return next year in a permanent new home and, for the first time, will have an artistic director.

The city’s flagship biennial art fair, which celebrated 30 years in 2018 after a four-year hiatus, will move to the Melbourne Convention and Exhibition Centre for the “long term”, said Melbourne Art Foundation CEO and director Maree Di Pasquale.

The 2020 event will be bigger but still maintain its “boutique” feel, she said, with an inaugural artistic director to be announced “within four weeks”. 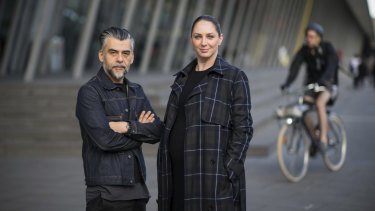 The June event will coincide with Melbourne's annual design fair, DENFAIR, which has just had its fifth outing at the convention centre, and which expanded into Sydney last year.

“It’s about two events that complement each other side by side and challenge our audience,” Ms Di Pasquale said.

Melbourne Art Fair had been a biennial event since 1988 at the Royal Exhibition Buildings, showcasing works from up to 80 Australian and international galleries and attracting sales of $8-10 million.

We brought Melbourne Art Fair back.

In 2016, commercial gallerist and then-CEO of Melbourne Art Foundation (which runs the fair), Anna Pappas, announced the event would not go ahead due to a lack of interest from gallerists

But last year, newly minted CEO Ms Di Pasquale relaunched the fair as a smaller event (showing about 40 galleries) in a temporary venue next to the Australian Centre for Contemporary Art in Southbank.

“We’re enormously proud of what we did in 2018: we brought Melbourne Art Fair back,” she said.

Next year's event will be slightly larger, hosting around 50 galleries from Australasia via an application and selection process which will be overseen by an independent panel and the new artistic director.

“Moving to the convention centre for us is not about becoming a giant event, we still are maintaining that boutique size," Ms Di Pasquale said.

“That’s why the alignment with DENFAIR … is so important – because we’re expanding and enriching that visitor experience but not compromising the quality curatorial content of Melbourne Art Fair.”

The location and facilities at the new venue would allow them to "elevate" the fair to an “international standing", she said, with its aeroplane hangar-like size allowing for large-scale and immersive installations. The conference rooms will also be utilised for the fair's “conversations” program.

“There’s a long history with the Royal Exhibition Building but we really believe in Southbank, South Wharf and the Melbourne arts precinct," Ms Di Pasquale said.

"We do think that the city, in terms of art and design, has shifted centre, and so we need to be on this side of the river.”

DENFAIR and Melbourne Art Fair will remain two separate events but will take place in the convention centre at the same time, from June 18-21 next year. There will be ticket packages available for those wanting to attend both.